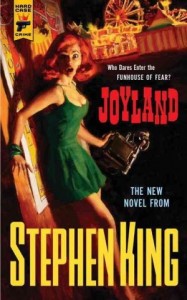 Does anyone talk about writing as beautifully and with as much clarity as the novelist, short story writer and essayist Stephen King? Back in my newspaper days, King, who lived in the same city as I did, was my beat. I reviewed his books (Rose Madder, Insomnia, Just After Sunset and The Green Mile, for instance), paid attention to his activity (winner of the 2003 National Book Foundation Medal for Distinguished Contribution to American Letters Award) and wrote occasional features on him and the novelist Tabitha King, his wife.

I distinctly remember my awe at King’s breadth of knowledge about books. Lots of us have weighty bookshelves. In my memory, the Kings did, too. But King might be the only person I’ve ever suspected of reading every book in his house – and probably in three houses.

When I left newspapers, I continued reading King – most recently 11.22.63 – and my daughter, another King fan — having grown up on The Stand — eagerly read Under the Dome this year.

Not long ago, a young reader asked me to name my favorite Stephen King story. The Shining? Carrie? Dolores Claiborne? Misery? All good options, of course. But my answer was a tie between the novella “Rita Hayworth and the Shawshank Redemption” and the short story “The Man in the Black Suit” which won the 1996 O. Henry Award. As a writing teacher, I also admire On Writing. I may be a dork, but as guides go, On Writing is a good read.

Recently, Terry Gross, the host of NPR’s Fresh Air, interviewed King on his new novel Joyland, which came out in June. Hearing King’s familiar voice and his big thoughts about his approach to writing reminded me of the depth of his understanding of the craft. He is at once an expert and an explorer. For instance, he had no idea who the killer was until close to the end of writing Joyland, and yet, as with many artists, he was comfortable with the mystery until it revealed itself. Here is the exchange with Gross:

“If you figure out who [the killer] is in advance, you’re doing better than I was because I got near the end of the book before I realized who it was,” says King.

“Uh-oh,” Gross responds. “You might have been in trouble.”

“No, that’s good,” he counters. “I don’t want the reader to feel like this is all a pre-fab creation. I want it to feel organic, to feel like it grew by itself. I’ve never seen novels as built things. I have a tendency to see them as found things. I always feel a little bit like an archeologist who’s working to get some fragile fossil out of the ground. The more you get out unbroken, the better you succeed.” 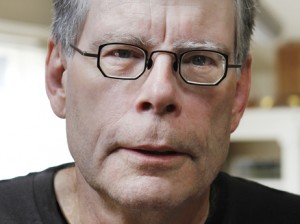 When King tells you how to succeed, it’s probably a good idea to listen. The interview with Gross is filled with gems for writers as well as for King fans. (Who knew the original concept for The Shining was a family caretaking at an amusement park instead of a hotel?)

Listen to the interview. What’s your takeaway as a writer? Why do you think King’s stories have been so successful? What did you learn about writing?