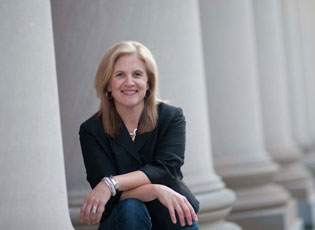 Not long ago, I was sitting in the rush line to get a night-of ticket to a production of a Shakespeare play in New York City. The critics had declared the show a hit, but it was running for only three more nights, and every performance was sold out. Snow was pounding down hard that afternoon, and the wind was whipping with urban mercilessness. But none of those factors stopped a hardy group of us from trudging into the theater two hours before curtain to stand in line in the hopes of snagging tickets. We added our names to the waiting list and sat quietly, if anxiously, reading magazines or books or fiddling with smartphones. I was seventh in line.

Just before the box-office manager began to reveal who would be lucky enough to score a seat, he asked how many tickets each person needed. The first person in line wanted two. The second person wanted two. The third wanted one. Then the fourth person said: “Five.” The entire line burst into indignation. Five tickets? That would surely knock most of us out of the running. The five-ticket person quickly became a pariah whose request was an unacceptable act of greed. The rest of us banded together openly expressing our scorn for her outsized request. She held her ground. “The tickets are for my children,” she said. “They love Shakespeare.”

Hard to argue with that. But we did, and as it turned out, her children didn’t arrive in time to qualify for the tickets. She ended up with two tickets and a bad reputation among the impromptu community all of us – including her – had formed that late afternoon.

I got into the show, and as I waited for the lights to come up, it struck me – not for the first time – that stories are utterly ubiquitous in the world. Sit down in the lobby of a theater – or a train depot, doctor’s office or coffee shop – and listen. The stories are there. I could see the ticket-line debacle taking shape as a short story about rapaciousness, or an essay about the quick and unexpected formation of teams, or an exercise in character development. O, brave new world that has such people in’t!

This issue of the magazine reveals the brave new worlds that writers observe, consider, create and produce every day in the form of memoirs, novels, poetry, YA books and blogs. It’s a testament to the acute listening skills of our kind – and every piece in this issue addresses that in some way. We hope you enjoy reading our magazine and that it sharpens your ear for the stories out there that are, indeed, wonderful, wonderful and yet again wonderful.