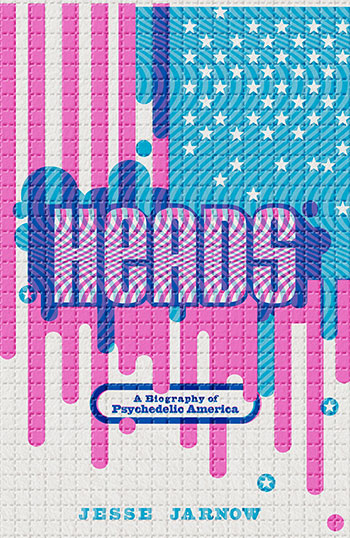 Calling all Dead Heads: This week’s giveaway is for you.

In Heads: A Biography Of Psychedelic America,  author Jesse Jarnow dives deep into psychedelic culture in the United States, centered on the Grateful Dead.

“Jarnow himself was too young to experience the sixties firsthand, but this distance lends his investigation a kind of innocent verve. He is vigilant in his attempt to understand the idealism of the past on its own terms, and to regard the ‘head’—the archetypal, open-minded sixties explorer—as someone whose skepticism toward power structures and authority might still resonate with us today,” says The New Yorker.

The Village Voice says Heads is “written in an obviously well researched, but ultimately stream of consciousness style…The end result is an accumulation of knowledge that fits together like a jigsaw without ever becoming overtly historical.”

If this sounds like the book for you, enter our giveaway below for a chance to win. Readers have until 11:59 EST on October 13th to win.