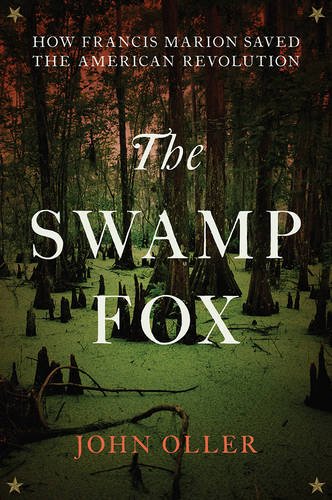 Any Revolutionary War buffs (or fans of The Patriot) out there? This week’s book giveaway might be right up your alley.

The Swamp Fox: How Francis Marion Saved the American Revolution by John Oller is a biography of military officer-turned-legend, Francis Marion, who famously kept the British at bay during the revolutionary war with his group of militia freedom fighters.

Readers have until 11:59 p.m. EST on Thursday, November 24th to enter the giveaway.

This giveaway is now closed. Thank you for your interest.