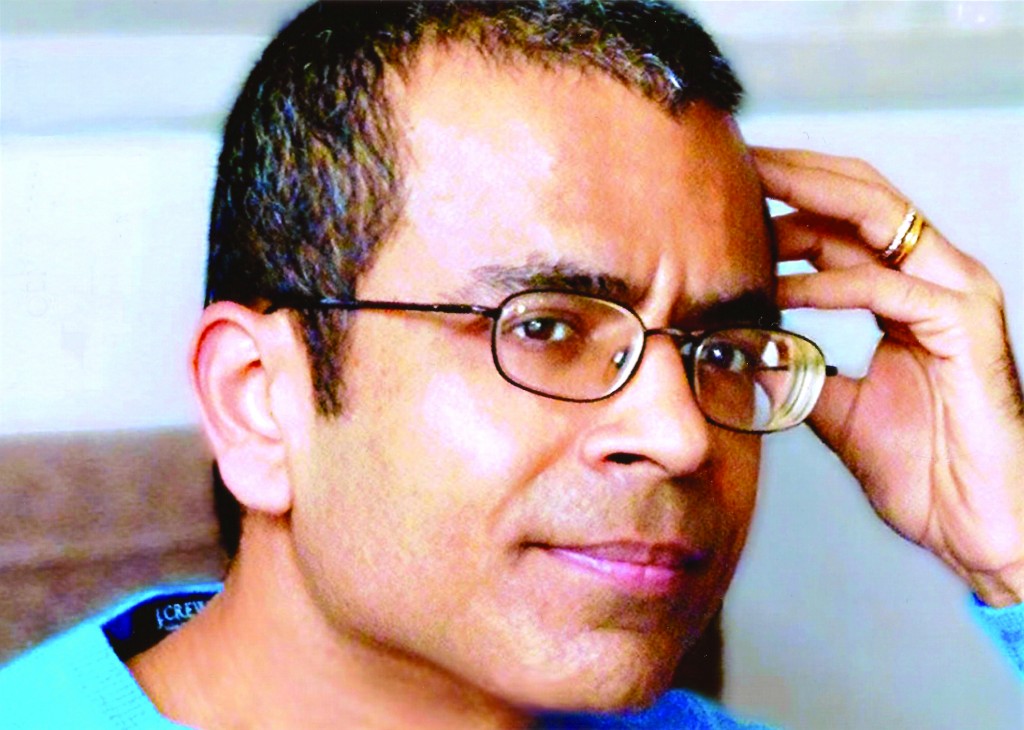 It took Akhil Sharma more than a dozen years – and an estimated 7,000 pages of drafts – to complete his semi-autobiographical second novel Family Life, published last year to widespread acclaim. Written in prose that is at once crisp and emotionally rich, it follows the life of Ajay Mishra, who is born in Delhi and moves with his family to the U.S., where, two years later, his elder brother Birju suffers brain damage from an accident at a swimming pool. After deciding to care for Birju at home, the family struggles to cope.

“At school, the guilt and sadness were like wearing clothes still damp from the wash,” observes the younger son, Ajay, at one point. “Whenever I moved, I felt as though I were touching something icy.” Family Life was a New York Times Best Book of 2014 and won a Folio Prize. In addition, Sharma is the recipient of a PEN/Hemingway Award and a Whiting Award, both for his first novel An Obedient Father, as well as a Stegner Fellowship. He teaches in the creative writing MFA program at Rutgers University in New Jersey.

What is the most important thing you’ve learned about writing?
The most important thing that I have learned, or that I’m trying to learn, is to give up perfectionism, because when you keep trying to make the story do all the things you want it to do, you keep failing, and you end up going around and around in circles. You end up confusing yourself and your talent, and you begin to view things as a failure, even though they’re not failures. I found in writing my book I spent years writing chapters and drafts, which I threw away. The easiest way I think to handle this situation of perfectionism is to just show your work to people, so they can say to you, it’s not working, and somehow just being told that is soothing, instead of your own doubts and your own shame. And then the other thing that can occur is they can solve the problem for you pretty quickly. Sometimes you might run into this thing which you can’t solve, and you begin trying to figure, oh, maybe I need to do this thing or that thing. But maybe there’s an easy solution that another person could point out. And so that could be the thing to combat perfectionism. I find, though, I have a hard time doing it, giving up perfectionism, and I have to keep reminding myself of it.

And how has that helped you as a writer?
My novel Family Life has a very weird structure. It has two beginnings and two endings, which, in many ways, is not good, if you define your work as good based on formal conventions. If I were to think of perfectionism, that would be one quality of it: that a story is perfectly formed. So that’s one way abandoning perfectionism opens certain options to me. The other is way is: So I’m writing a short story, and in it, there’s a point where the story runs out of energy, based on a thought that I had and the way that I had arranged the point of view. Perfectionism for me would be holding on tightly to some idea of what the story should be. But what I did was just decide, well, it’s not going to work, and I’m not going to waste my life trying to fix it, and instead I’m going to just move onto something else, or find a different solution.