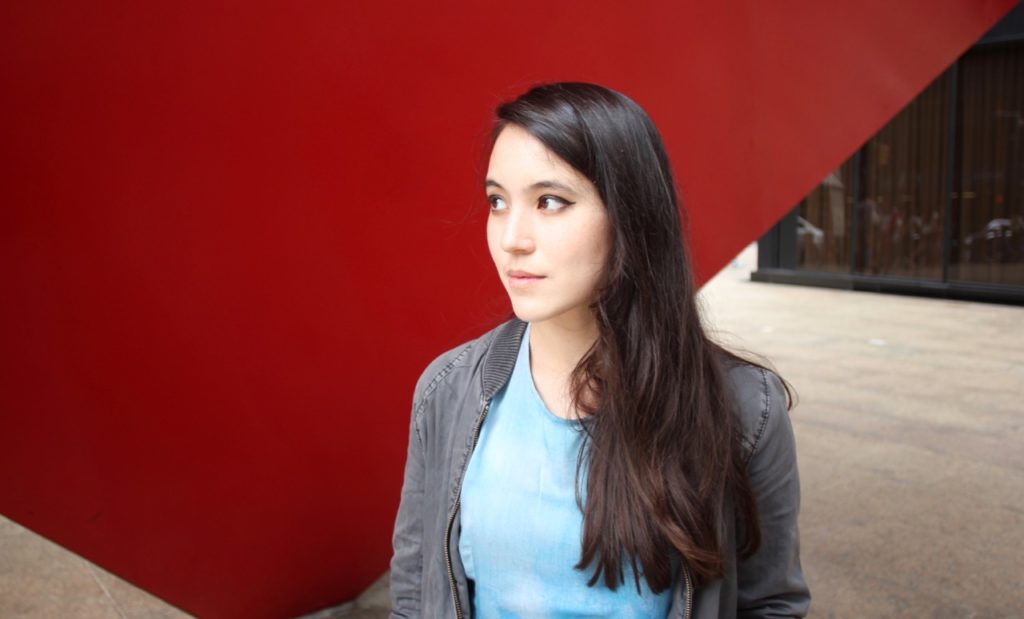 Alexandra Kleeman is a New York-based author. Her debut novel, You Too Can Have a Body Like Mine, was released in 2015, followed by a short story collection, Intimations, in 2016. The winner of the 2016 Bard Fiction Prize, she has published both her fiction and nonfiction in esteemed publications including The New Yorker, The Paris Review, n+1, and Harper’s.

As much as is possible, I think it’s important to keep the focus on the relationship between you and the stack of blank pages you have a responsibility to. There are so many other parts of writing as a career that can intrude on that: questions about where to send your work to, or questions of audiences when you read this, and thinking “What will they think of this passage? And what will they think of that passage?” All of those concerns are external to the real core of the effort, which involves actually sitting there and trying to use the page to shed more light on yourself and to create – well, not exactly a solution to the problem that has spurred you to write but something that satisfies the questions that drive you.

Honoring the separation between the private activity of writing and the public activity of being a writer has helped me structure my days. I try to preserve spans of time that feel deeply private – for me, that means working late at night, when there are no emails, no news being published, nothing much happening on social media. I need lots of time to get lost in the work, and I need that time to feel as though it isn’t beholden to anything in the outside world. On these days I stay up until 5 a.m. or 6 a.m. or 7 a.m., and I don’t check emails, and I don’t do normal life-sustaining things, and the days in between I really devote myself to teaching, to communicating, to being with friends, to sharing work on social media and things like that. I really feel like that type of career work uses a different part of the brain than the one you need to nurture to make the work. So maybe the core of this is, you know, give yourself permission to do everything your schedule allows to help you feel deeply engaged with the page, to feel alone and free. It’s that feeling that’s made us all want to become writers; it’s only that feeling that can offer satisfaction.

—Gabriel Packard is the associate director of the creative writing MFA program at Hunter College in New York City and also the author of The Painted Ocean: A Novel, published last year by Corsair/Hachette.