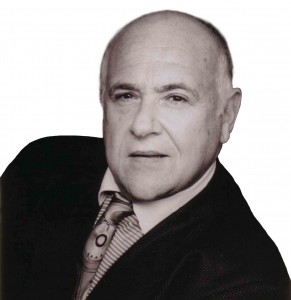 TV veteran Bo Kaprall has been writing, directing and producing for the small screen for more than three decades. Currently, he writes for Saturday Night Live’s Weekend Update, is executive producer of the new series Outlaw Country, which debuted this year on WGN, and is developing shows for several networks, including Discovery and A&E. Over the years, he has written for such classics as The Carol Burnett Show, The Cher Show, The Partridge Family, Welcome Back Kotter, Laverne & Shirley and the Bob Hope Christmas Special. He has created and executive produced shows for networks including CBS, NBC, ABC, Comedy Central, Nickelodeon, HGTV and TLC.

Probably the most important single thing I’ve learned about writing is to trust your instincts, because, especially with comedy, it’s so subjective. One person will love it; another person will hate it. Everyone seeks comments and reinforcement or criticism, but really you need to trust your instincts, and that’s harder for someone who’s new at it than someone who’s a little more seasoned.

How has that helped you as a writer?
I’ll give you a recent example, and it’s not to do with comedy. It’s more to do with story structure and characters. This new series of mine that has just debuted [Outlaw Country, on WGN], is a – quote – reality show. The people are real, but the situations are not. I was giving my notes to the other executive producers on the first draft of the story outlines, the show outlines.
It’s always a daunting task when you’re [giving feedback] to your peers, and there were two other executive producers – along with myself – that I was giving notes to. And I was unsure how far to go with the notes. You have to be a little political. And I decided just to be blatantly honest and give my notes, and I was one of the executive producers, so I had a little more security. I went ahead and gave my notes, and they were pretty in-depth and detailed. And I never heard a word back from the other executives. And I figured, well, they obviously didn’t agree with me. Then, I found out a couple of weeks later that they did every note. So I was living in the world of, oh, I’ve offended them. But I trusted my instincts and gave them the notes, and [those notes] happened to agree with notes that were given by the network. So that was an example of when I did recently trust my experience.
As it relates to comedy, you know, when you’re writing a script, especially a script that’s for a new project – a pilot or a new show – you have to trust your instincts, because you don’t have someone over you that has the final say, which in many cases would be the network, or your
producing partners. So that’s a very difficult situation, and I can cite many situations where I’ve given a third draft of mine to friends to read, which most of us do. And, you know, you get all kinds of comments and mixed reactions. And how do you choose someone’s opinion over someone else’s?
It can get very confusing, and it really can muddle down the writing experience if you’re listening to too many people. A script which at one point you thought was very funny and said what you wanted, in the voices that you wanted to say it, suddenly becomes something else that you don’t care for. And you end up going back to your earlier drafts and deciding, I’m not going to show this to anyone. I’m just going to submit it, because, again, with comedy being so subjective, you’re going to hear many things. So it can really muddle the process.

Do you have an example from writing for  Saturday Night Live that would relate to trusting your instincts?
Well, yes, that’s most current. I just do Weekend Update stuff. I’m one of several writers. And what [the producers] do is they send you the premises on a daily basis – basically news headlines or topical [subjects]. And then you write the completed joke based on that. You’re only allowed to submit 10 for the week. So you really want to be careful with what you submit, because you’re not the only writer, so several people are submitting different jokes on the same topic. What I tend to do in that situation is show my jokes to my daughter, a vice president at Twentieth Century Fox in Los Angeles. She’s vice president of current programming there. So I trust her. It’s weird going to my daughter to get approval for the jokes, but I tend to send her the stuff first, and say: What should I lose, and what should I keep? I don’t do that with anyone else. I’ll send the jokes out to a couple of other people, but I’ll usually do it after the fact. You get paid per joke, and you want to give them your best stuff so they keep coming back to you. And that’s a case where I do go to one person, and it happens to be my daughter, who just has an instinct for humor.
She gets it.

So it’s kind of a case of trust your instincts, first and foremost, but maybe there might be one or two people whose instincts you trust as well.
I would say trust your instincts, absolutely number one. Number two: Trust your bloodline. I trust my daughter because I know she gets it. She deals with it every day, with both drama and humor, with her position. She’s good at her job. And it’s not just my feeling that way as a dad. Other people have said to me: “Mandy’s good; she gets it.”