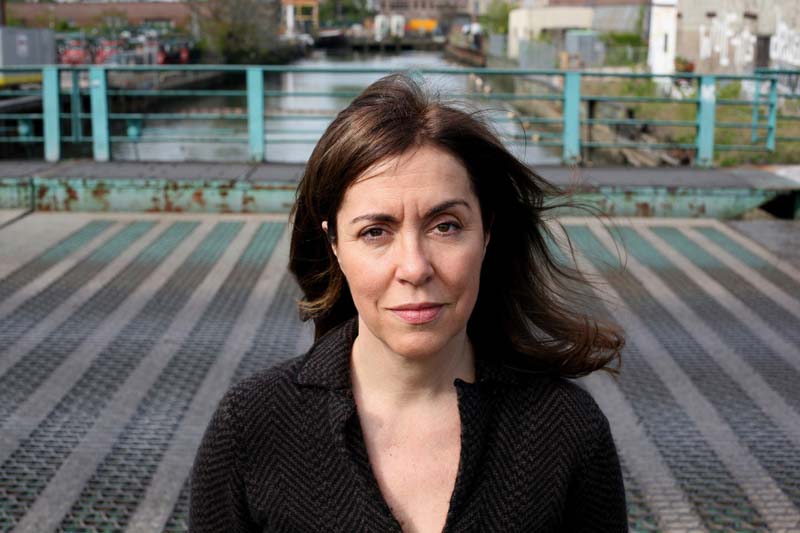 Catherine Barnett is the author of two volumes of poetry, The Game Of Boxes, winner of the James Laughlin Award from the Academy of American Poets, and Into Perfect Spheres Such Holes Are Pierced, which won the Beatrice Hawley Award. She is also the recipient of the Whiting Writer’s Award, a Guggenheim Fellowship and the Glasgow Prize for Emerging Writers. Her poems are often deeply personal, describing, for example, her experiences with her parents or with motherhood, and some also have a surreal slant to them. In “In the Cabinet of What’s Expired,” for instance, Barnett writes: “Salves, creams, dreams in their shiny metal tins:/ the balm of yes/ is now the balm of no – /But it’s a pretty silver hope,/and I still swallow it.”

I was lying in bed this morning contemplating this question. I thought of writing a list of the things I’ve learned from my teachers: Ellen Bryant Voigt advising us to turn the page sideways occasionally to help us extend our lines; Fanny Howe cutting our lines in half; Jean Valentine asking for more “holes” in a text; Lucie Brock-Broido cutting and pasting our words into new and truer meanings. I thought of making a list of the quotes I’ve jotted in my current notebook: “Choose well, your choice is brief, and yet endless” (Goethe); “What then is time? If no one asks me, I know; if I wish to explain it to one who asks, I do not know” (Augustine); “Since I was afraid to know so many answers, I didn’t ask any questions” (Sarah Manguso). I thought of saying the obvious: that writing comes from reading, reading, reading.

Then I fell asleep again, and when I slipped back toward consciousness, it was with the David Bowie’s song “Space Oddity” running through my mind, a song I don’t think I’ve heard in years.

This is Major Tom to Ground Control
I’m stepping through the door
And I’m floating in a most peculiar way
And the stars look very different today.

So this morning, I’d have to say that one thing I’ve learned about writing is how essential it is to get out of earth’s orbit so you can explore the orbits of your own mind and see the familiar with new eyes when you return. Sometimes when I’m at my cafe writing in the morning (my mother recently told me that coffee is an “aphrodisiac for a tired body”), other regulars will come by to say hello. Checko says he worries about me always working so hard. Every time he comes up to my table, I startle. Which is what it’s like sometimes – startling – to come back to earth from the stratosphere where there’s freedom to explore: freedom from earthly obligations, freedom from the worn paths of thinking and feeling, freedom from subways and taxis and bills and hungers and deadlines. But I like reading the explorer’s notes afterwards; they’re often practically a stranger’s, and I look through them for new ways of saying.

Although there is no real Major Tom, there is a Major Ed White who in 1965 was the first American to step, at 17,000 MPH, into space. He took his time when the spaceship commander told him to return to the Gemini 4 capsule “before it gets dark”:

Commander James McDivitt: They want you to get back in now.

White: Hate to come back to you, but I’m coming.

McDivitt: OK, come in then.

White: Aren’t you going to hold my hand?

Thinking of myself as someone from outer space eases some of the sense of strangeness – and heightens the sense of wonder – I carry with me as I walk through this particular world.