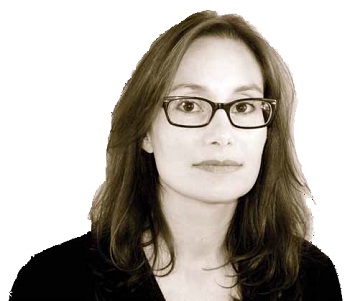 Dana Spiotta is the author of three novels: Stone Arabia (finalist for the National Book Critics Circle Award), Eat the Document (finalist for the National Book Award) and Lightning Field (a New York Times Notable Book of the Year). Her fiction often focuses on the tensions of leading a double life, and her protagonists include a fugitive radical activist fleeing her criminal past by moving to suburbia, a failed rock musician writing a fictitious autobiography documenting the career he wished he’d had, and a married woman continuing affairs with two other men.

What’s the most important thing you’ve learned about writing?
A writer once told me there is only one way to create: as if your life depends on it, which it does.

How has this helped you as a writer?
It reminds me to take my own work seriously. To understand that it will require everything you have. To get anything out of writing fiction, you have to commit yourself completely. On a practical level, it means making it the priority in your life. On a deeper level, it is about true devotion. Commitment sharpens your attention and engagement. You live more deliberately when you pay attention. So I’ve learned that your life does depend on it.

*This article was originally featured in the May 2013 issue of The Writer.

OTHER WRITERS ON WRITING

Sharon Dennis Wyeth: “Breaking the ground is a very important phase. It’s a difficult phase, but once you take the time to do that, the book somehow propels you forward.”

Nick Flynn: “When I’m on a project, it’s good to be immersed in it, to return to it, daily.”

Tracy K. Smith: “Every discovery that I make as a writer, and the work it allows me to do, is true only for as long as it is true.”