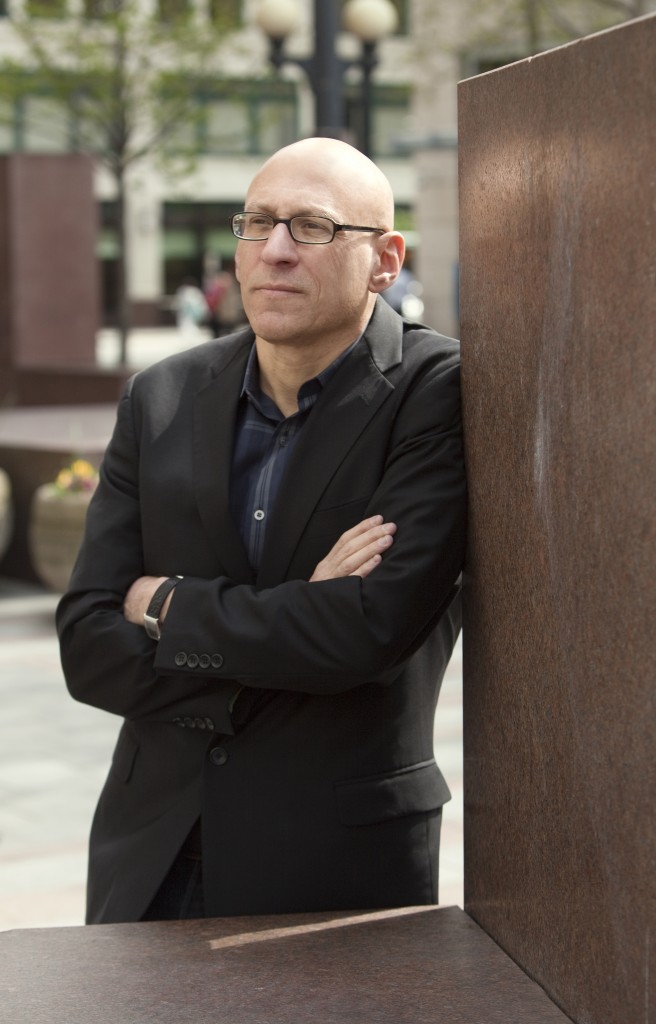 David Shields is an internationally best-selling author of fiction and nonfiction, best known for Black Planet, which was shortlisted for the National Book Critics Circle Award, and the New York Times best-seller The Thing About Life Is That One Day You’ll Be Dead. He has published 20 books, which have been translated into a total of 20 languages. Shields’ next book, Other People: Takes & Mistakes, will be published in 2017 by Knopf, and his stories and essays have appeared in publications including the New York Times Magazine, Esquire, and Harper’s. In 2013, Shields co-authored Salinger, a biography of the writer J.D. Salinger, which took 10 years to complete. The biography became a New York Times best-seller and was accompanied by a critically acclaimed PBS documentary film of the same name.

There are a million things I’ve learned about writing, but I think the most important thing that I would want to emphasize is the idea of writerly risk. There are any number of writers who’ve spoken out about this, but to me by far the most eloquent is Flaubert’s statement that the value of the work of art can be measured by the harm spoken of it. As I work on a project, typically a book-length essay, I try to ask myself, what puts the reader at the most extreme point of discomfiture? And what puts, I hope in some small ways, the culture under scrutiny? Obviously this is all in some way metaphorical. I live in a Western capitalist First World democracy, so the level of my risk would be different from the level of somebody who might be under the threat of state arrest or torture, but the books of mine I’m most proud of, the books of mine that seem to me to have the best staying power for myself or some readers, or I hope possibly the culture, are the books that manage to do exactly that: ask difficult questions of myself and ask troublesome questions as well for the reader. I think that too many of my colleagues are comfortable producing work that in my view yields a kind of smooth ride or soporific bath or easy entertainment. [Franz Kafka says] “A book must be the axe to break the frozen sea within.” Every student’s work, every colleague’s work I read, my own drafts I read, films I admire, books I read; the works I admire the most – from Heraclitus to Sarah Manguso – are by people who in my view risk the most.

My first book, Heroes, was published in 1984, 32 years ago. It’s an apprentice novel in which I was learning how to manage the architecture of fiction. But in my view what makes my second novel – Dead Languages, which came out five years later, in 1989 – such an improvement on that first book is that to me it risks so much more. The first novel imagines a completely fictional family, and in someone else’s hands that could be a powerful novel. As a kid I had a horrible stutter; I could hardly talk. In my second novel, Dead Languages, I explore stuttering as a metaphor for the difficult beauty of human communication. It’s a much scarier book, much, much closer to the bone.

Those are my first two books, but I think of a book like Remote, which came out in 1996, which explores both within myself and within American culture a kind of desire for remoteness. I think it’s a critique of the culture, but it’s also an investigation of my own spiritual remoteness. And I think that’s a relatively unnerving book.

A book that came out in 1999, Black Planet, which I’m currently working with some people to make into a film, carries the subtitle “Facing Race During an NBA Season.” The easy version of that book would have just pointed self-righteous fingers at fans’ racism, but in the book I try to face down my own racism and try to wrestle that to the ground, and that work was somewhat controversial. But I think it was and perhaps remains a provocative and useful book.

In 2008 I published a book called The Thing About Life Is One Day You’ll Be Dead, which is a meditation on human mortality. I try to explore relatively nakedly my own vexed relationship to my terribly vital father, who died several years ago at age 99. I try to talk about my admiration for him but also our incredibly messy relationship.

Reality Hunger: A Manifesto, which came out in 2010 and which continues to be much argued about, argues for the obliteration of the distinctions between genres, the overturning of laws regarding copyright, and the creation of new forms for a new century.

Lastly, in War Is Beautiful: The New York Times Pictorial Guide to the Glamor of Armed Conflict, published this past November [2015], I argue that that the style department is running the war department: the paper’s front-page color photographs of combat in Iraq and Afghanistan are irresponsibly beautiful.

—Gabriel Packard’s debut novel, The Painted Ocean, was published by Hachette in October.