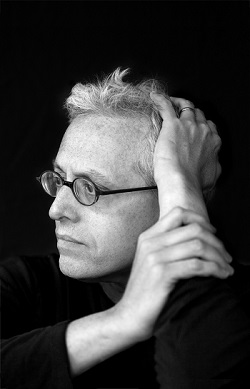 Donald Margulies is a prolific and renowned playwright and screenwriter as well as a professor at Yale University. He won the Pulitzer Prize for Drama in 2000 for his play Dinner with Friends, which was also adapted into an HBO film that received an Emmy nomination. Margulies’ play Time Stands Still was nominated for a Tony, and other works – for theater, TV and film – have earned him numerous awards, including the PEN/Laura Pels Award, the William Inge Award and the Sidney Kingsley Award. Margulies is known for his tense, flawless dialogue, which is well represented in his latest movie production The End of the Tour – a compelling portrait of novelist David Foster Wallace, starring Jason Segel and Jesse Eisenberg – that Margulies also executive produced and that was released in theaters in July.

WHAT IS THE MOST IMPORTANT THING YOU’VE LEARNED ABOUT WRITING?
I’m primarily a dramatist. I’m a playwright. The thing that I absolutely live by is you have to tell the truth. I know that sounds very simplistic. But I think that – and this is something that I teach to my students as well – if you’re enjoying yourself too much and if you’re intruding too much on a character or the voice of a character, [or] if you find that you’re stepping back from that character and that situation and you’re commenting on it – you’re not doing your job. You need to be as true and as empathic to that moment as possible. You can’t be at a remove. So, truthfulness and simplicity. Maybe I’m saying multiple things now, but as writers, we all fall in love with the things we write. And sometimes those things are not really faithful to the objective at hand, but [they’re things we] love and [they give us] pleasure. And I think as a playwright, [focusing on telling the truth has] certainly given me opportunities to cut laugh lines that are wrong laughs. There’s a kind of dishonesty in that: if you want to get away with a moment that isn’t really true to the situation but that gives you a personal kind of pleasure. And that’s what I mean, I think, by telling the truth.

HOW HAS THAT HELPED YOU AS A WRITER?
I wrote a play called Collected Stories, which is a two-hander about two women writers. And people have [asked] me, “How do you write women?” And it’s not as if I even think about it. I think that a dramatist – [or] any writer in any genre – needs to embody the character that he or she is writing. So it’s not a matter of “I’m going to write like a woman.” I’m just going to be this person, in this situation and respond as if I were her. And I think that is an example of empathy. You know, an assignment that I give my students at Yale is after we read Wally Shawn’s play Aunt Dan and Lemon, which has at the heart of it a completely controversial speech in praise of the Nazis – I’m paraphrasing, so forgive me – but an assignment that I give after that is to have my students write a monologue from the point of view of someone whose values they find reprehensible. But what’s key in that is the empathy for that person that you might otherwise disregard or discount. And [the students] must do this without any commentary on this person. It’s not satire. You need to really get inside the head of someone who is not you and give them a voice and dignity. And the results are remarkable. People gravitate toward people that they would otherwise just reject out of hand. And it’s a very valuable lesson.