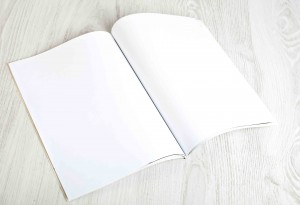 A childhood book can ignite a lifelong love of the written word.

Seven children’s, middle grade and young adult authors share the books of their youth that inspired their writing careers.

“Beverly Cleary is the writer who most influenced me because her writing, at just the right time in my life, inspired me to become a reader.

Her writing was emotional and at the same time had humor. Her words moved me. I remember my parents having a barbeque the summer that I read Henry and Beezus, and one of the adults asked me what I wanted to be when I grew up. I looked up at the man and answered, ‘I want to be Beverly Cleary.’”

“[Meg Rosoff’s] novel There Is No Dog put my world on pause.

On the surface, the irreverent story, which imagines that God is a feckless teenage boy, is provocative and smart satire. But dig deeper and the novel is a masterful and beautifully written exploration of what it means to be human. When I sat down to write my first YA novel, Even in Paradise, I knew I needed to find a balance between humor and heartfelt. There Is No Dog showed me how.”

—Chelsey Philpot, Even in Paradise

“In the sixth grade, I read To Kill a Mockingbird by Harper Lee.

Since that time, the book has been a great influence both in my life and my writing. As I create characters, I try to keep in mind a principle which Atticus offers to Scout: ‘You never really understand a person until you consider things from his point of view … until you climb into his skin and walk around in it.’ Walking in another character’s shoes reminds me how imperfect humans are.  I still may not like that character, but seeing her flaws allows me to connect, understand and potentially sympathize with her in a way I was unable to before.”

“The first three Ellen Raskin novels (The Mysterious Disappearance of Leon [I Mean Noel], Figgs & Phantoms and The Tattooed Potato and Other Clues) taught me that as long as the reader is drawn in to the characters and their world, there is no conceit that is too absurd, surreal or unlikely, and that there’s a particularly satisfying magic in taking a preposterous notion and making it feel ‘real.’

And the way you do this is with good writing, interesting ideas and eccentric characters, and by making sure that on some level each absurdity connects with each other.”

“The great mystery I recall from my childhood is The Westing Game by Ellen Raskin.

In fact, I’d put it in the pantheon with the greatest mysteries of all time. I learned a tremendous amount from repeated readings of it: that the more suspects you have, the better the mystery; the joy of having every suspect hiding something; how to layer in clues without making them seem like clues at all. I still recall being blown away by the reveal at the end of the book at age 10. And when I’ve reread it, I’ve always been amazed by how cleverly woven together the story is. It’s just as much fun to read when you know who the culprit is as when you don’t.”

These books stand out in my memory. They are the ones that transported and had powerful personal meaning to me. Looking back at them I can’t help but see a reflection of my inner progress. I remember carrying these books around, in their turn, as if my life depended on it. I had a serious head injury at age 7 and was heavily medicated on anti-seizure medicine until age 10. It was like living behind a wall, unable to express myself. I read and loved reading, but the drugs made everything difficult. Art had always been important to me and so became part of my ‘healing process.’ Soon I began to imagine myself becoming a painter like Michelangelo. In preparation, I made art all the time, until I read Emily. All that stopped when I read Emily. Her words moved me to the point that at 13, I swore off all art and began writing. She floored me. It felt like entering a maze inward. Books help me know myself and process some of my experience. Books transport and transform me beyond my normal life and provide the mentor I need. And, one book can redirect all my thoughts and inspire me to find my voice.”

“The Brothers Grimm’s collection of fairy tales has inspired me more than any other book.

The tales are a primal source for writers. Everything is in them: very real danger, cruelty, love, murder and also incredible beauty. The tales, the greatest of the tales, have an extraordinary power. It feels like you’re sniffing blood when you read them. These tales can teach you so much about plot and danger and how precarious our lives are, about human nature, human folly and, for a writer, how to be bold and step into the dark woods.”

“The first novel I ever read was E.B. White’s Charlotte’s Web.

I was in the first grade when I devoured this book in one sitting. That book inspired me on the spot to become a writer. It is my favorite book to this day. What inspired me as a child – and as an adult – writer was E.B. White’s clean yet poetic and lyrical writing style, the poignant character journeys, and the gentle humor and hopeful tone. That style of writing has influenced how I approach language, character and storytelling.”