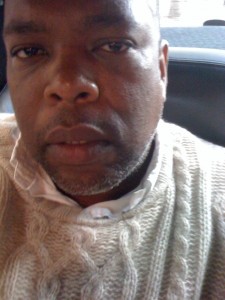 Hilton Als is a staff writer at The New Yorker and the author of two critically acclaimed books, The Women and White Girls, both of which focus on complex issues surrounding race, gender and identity. White Girls, his most recent book, was shortlisted for the National Book Critics Circle Award, and he is also the recipient of two New York Association of Black Journalists prizes, a Guggenheim fellowship and the George Jean Nathan Award for Dramatic Criticism.

The two most important things I’ve learned about writing are humility and emotional truth. If you present the emotional truth of a situation, particularly in an essay or a poem, it transcends genre. One of the things I love about writing is the freedom that it allows me to explore my own mind. It’s a wonderful job if you’re interested in the ways in which we learn about our own process of intellection. In that discovery, you find that the things that stand out to you as an artist are finding the ways to tell the truth. I think Rimbaud said it best when he said if you’re telling the truth, you bring back the shape of the thing. So if it’s disorderly, whatever the event or situation was, then you should represent it that way. If it had order, you should represent it that way. But I think what he was talking about was, really, bringing something like emotional honesty to whatever you’re writing. If you do that, then the shape of the piece, of the writing, becomes so much more of a pleasure, because you’re really excavating something that’s unique to you, which is the emotional truth of the situation. It’s given me that, and it’s also given me an enormous sense of respect and humility, not only to the craft itself, but to those people who came before and who wrote enormous amounts of valuable and resonant work. It’s a really hard thing to do, day after day, to explore your consciousness and to try to represent it as fully as possible. I think that’s a very humbling thing.

When I wrote about my mother in The Women, I wrote that she obscured certain things to protect my family, but I think that writing about and memorializing her as a real person, as opposed to a mother or mother figure, really helped me understand the ways in which one could treat people in real life as honorably and fully as one does a character. And so, by making my own mother a kind of character, I was able to write a true thing about someone I loved, and it was a humbling thing, because she was so much more enormous than my skills could equal, at the time. Also it was technically a great thing to find out that you could write about someone you were very close to and still end up with no solutions.