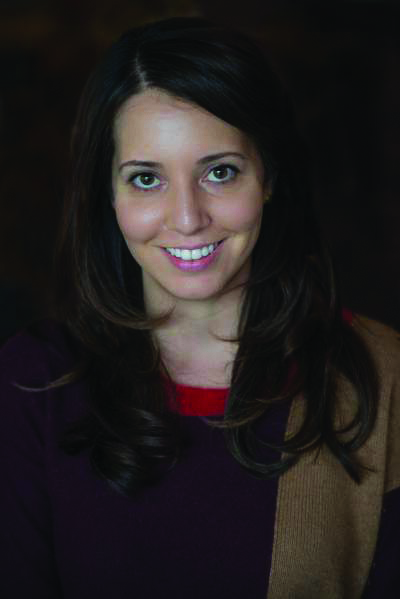 Jeannie Vanasco’s debut memoir, The Glass Eye, was published by Tin House Books in 2017 to critical acclaim. It’s a poignant, haunting story about her complex family relationships and struggles with mental illness. It was named a Barnes & Noble Discover Great New Writers Pick, an Entertainment Weekly Best Book, and a Publishers Weekly Big Indie Book; it also won praise from a number of other publications, including New York Magazine and Newsweek. Vanasco’s writing has appeared in the New York Times, The Believer, New Yorker.com and elsewhere. She currently teaches at Towson University in Baltimore.

I’m trying to think of a way to say this that doesn’t sound banal or obvious, but a writing routine helps. It’s essential for when I feel stuck or uninspired. After I find a good routine – which, for me, usually involves absolute quiet, at least two hours of uninterrupted time, and a pot of black coffee – the writing starts going well, and then I can forget about the routine. I can write wherever I am. I can be watching a basketball game at a bar, or I can be between student office hour appointments. But when I’m trying to finish something – that’s when I need the routine again. The middle, unstructured period is the best.

For a good two months or so after finishing The Glass Eye, I sank into a mopey I’ll-never-write-another-book-again mode, which made me horrible to be around. So, I set a schedule for myself: between 5 a.m. and 7 a.m., I’d write aimlessly, no project in mind. But unlike in the past, the rule was: only one mug of black coffee. The refill was the thing I had to look forward to when I was done. The first week, I wrote garbage and knew it was garbage. And then one morning I woke up and wrote a 1,600-word essay, start to finish. That morning felt magical. But the essay didn’t emerge mysteriously or suddenly from my unconscious mind. It took a solid week of writing badly. And that’s an important lesson – about as important, I think, as having a routine; let yourself write badly.