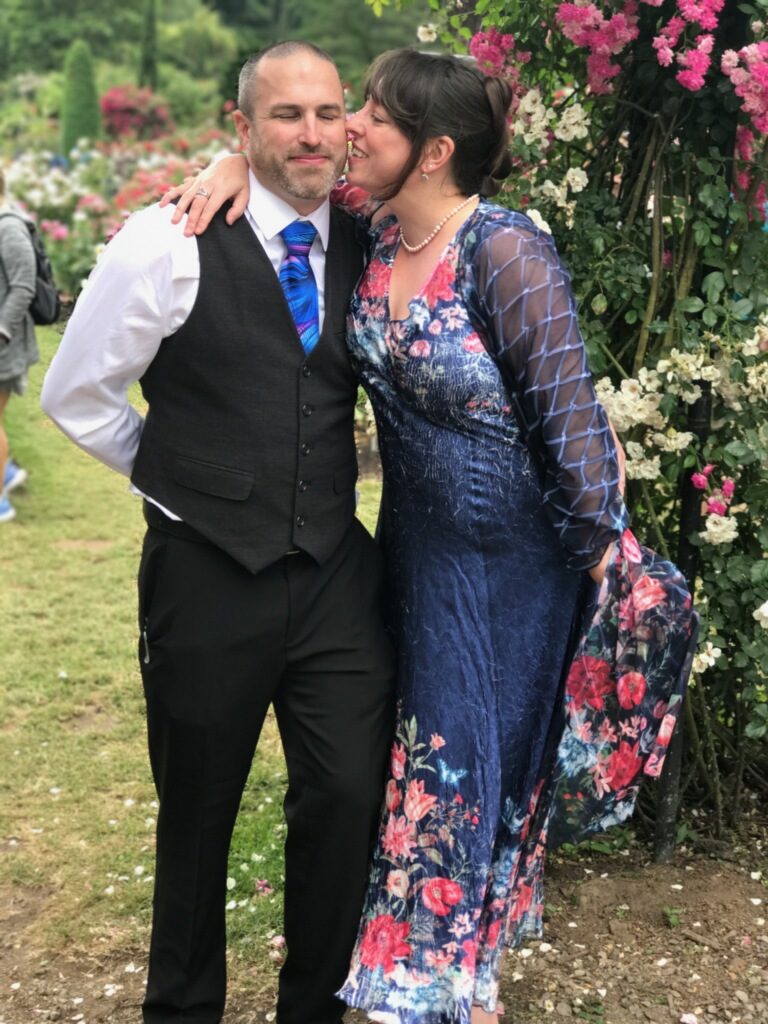 Anyone who’s read the romantic classics of the past few centuries is well-versed in literary marriage proposals. There’s Mr. Darcy’s courtly declaration of love and admiration for Elizabeth Bennet in Pride and Prejudice; Rhett Butler’s coarse but witty proposition to newly widowed Scarlett O’Hara in Gone with the Wind; Benedick and Beatrice’s begrudging confession of mutual adoration in Shakespeare’s Much Ado about Nothing.

When Portland, Oregon, writer Jason Brick considered how to craft a memorable marriage proposal to his girlfriend, literary agent Rachel Letofsky, he knew he was up against some historically steep competition. So he pitched her the first page of a manuscript.

Flash back to the year before, when Brick and Letofsky met at Write on the River, a conference in Wenatchee, Washington. Brick fell immediately in love, and the two began a long-distance relationship. Eventually, they began to talk about marriage. She didn’t want a big wedding but longed for a memorable proposal.

That’s when Brick came up with his plan.

Setting the stage to propose

“Willamette Writers was going to do a one-page live manuscript critique event at the Lombard Pub in Northwest Portland,” he explains. “Rachel and author Linda Needham would be up on stage, listening to the emcee read each page aloud to the audience, and then they would offer their notes on the writing and the plot.”

After talking with Letofsky’s two best friends to ensure that such a public proposal would be welcome, Brick wrote it into a one-page story. He invited a few of his literary family members as witnesses and made sure emcee Julie Fast read his anonymous submission last.

There’s a YouTube video that shows Letofsky and Needham up on stage in the dimly lit bar, taking notes as the emcee reads into a microphone.

Letofsky smiled slightly as she listened to the first paragraph of Brick’s piece. “I thought I recognized his sense of humor in the opening lines,” she says. “I thought he snuck in a piece to be critiqued.”

And so he did.

His carefully crafted page followed a conversation between two friends, one of whom lamented about how YouTube videos intimidate him, especially when he watched marriage proposals taking place in hot air balloons or as part of flash dance mobs.

“I have the piece of paper on which Rachel wrote a critique of my first few paragraphs,” Brick says. “She wrote down, ‘Ooh, who’s the girl?’”

His piece continued with the protagonist complaining, “How does a guy like me compete with stuff like that?”

He has the friend offer this advice: “You get her in a room a lot like where you met her a year ago. You get her doing the thing where you first noticed her kindness and her beauty and her intelligence. What is it you always say about her brains: How she shines without casting shadows?”

At this point, Letofsky recognized the latter phrase, blushed deeply, then began to laugh. Brick got down on one knee in front of the stage and offered her a ring made of dinosaur bones and meteorite with a fire opal at the center.

Letofsky stepped off the stage and jumped into his arms. “Yes, of course I will!” she cried.

One writer called out, “Well written!”

Another cried, “Turn the page!”

And the couple embraced to applause and shouts of joy from an audience grateful to be included in the story.

Brick and Letofsky married in the Shakespeare Garden at Portland’s International Rose Test Garden, surrounded by roses named after characters in the Bard’s plays. “How lucky I feel to build a life with someone in the same industry,” Brick says, “someone who also works from home, so that we can build a literary career together.”

Creating your own literary marriage proposal

Want to craft a memorable marriage proposal yourself? Brick says to listen carefully to your partner, pay attention, and take notes. “It’s just like any writing project,” he explains. “The 30 seconds it takes you to write down a sentence isn’t when the work happens. It takes years of experience, work, training, critique, and education to be able to write that line you typed. The whole proposal took a couple of minutes, but I spent hours getting my ducks in a row, asking her friends for advice, listening to her about what she wanted, etc.”

For her part, Letofsky concludes with this advice for those about to propose to a beloved: “Be original,” she says.

Watch the marriage proposal at “A Writer’s Proposal” on Jason Brick’s YouTube channel.

—Contributing editor Melissa Hart is the author of Wild Within: How Rescuing Owls Inspired a Family (Lyons, 2015) and Avenging the Owl (Sky Pony, 2016). Web: melissahart.com.

Want more writing in your life?