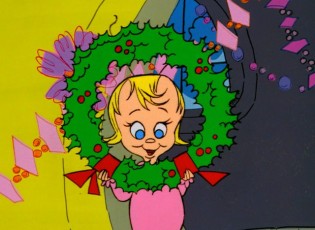 “Marley was dead” – the first line of A Christmas Carol by Charles Dickens – is probably the most famous opening of a classic Christmas story (if you don’t count “‘Twas the night before Christmas” and “Every Who down in Whoville liked Christmas a lot” – the first lines of poems). The opening line of any successful story is a clincher; it has to have punch and depth, and should in some essential way contain the universe. For many, storytelling is embedded in Christmas traditions. What are your favorite holiday stories? What are their first lines, and what can you learn from them?

The following are the opening lines of holiday stories. Take time to examine the first words of each. How do they accomplish effectiveness? How do they set the tone for the rest of the story? Try writing your own Christmas story by listening to the events around you during the holidays. “Everything starts somewhere,” begins Terry Pratchett in his Christmas novel Hogfather. It’s almost Christmas: Time to get started.

“Christmas Day in the Morning” by Pearl S. Buck

“He woke suddenly and completely. It was four o’clock, the hour at which his father had always called him to get up and help with the milking. Strange how the habits of his youth clung to him still! Fifty years ago, and his father had been dead for thirty years, and yet he waked at four o’clock in the morning. He had trained himself to turn over and go to sleep, but this morning it was Christmas, he did not try to sleep.”

“A Christmas Memory” by Truman Capote

“Imagine a morning in late November. A coming of winter morning more than twenty years ago. Consider the kitchen of a spreading old house in a country town. A great black stove is its main feature; but there is also a big round table and a fireplace with two rocking chairs placed in front of it. Just today the fireplace commenced its seasonal roar.”

“The day after Christmas a number of years ago, I was driving down a country road in Texas. And it was a bitter cold, cold morning. Walking ahead of me on the gravel road was a little bare-footed boy with non-descript ragged overalls and a makeshift sleeved sweater tied around his little ears. I stopped and picked him up. Looked like he was about 12 years old and his little feet were blue with the cold. He was carrying an orange.”

“The Holy Night” by Selma Lagerlof

“There was a man who went out in the dark night to borrow live coals to kindle a fire. He went from hut to hut and knocked. “Dear friends, help me!” said he. ‘My wife has just given birth to a child, and I must make a fire to warm her and the little one.’ But it was way in the night, and all the people were asleep. No one replied.”

“The Gift of the Magi” by O. Henry

“One dollar and eighty-seven cents. that was all. and sixty cents of it was in pennies. Pennies saved one and two at a time by bulldozing the grocer and the vegetable man and the butcher until one’s cheeks burned with the silent imputation of parsimony that such close dealing implied. Three times Della counted it. One dollar and eighty-seven cents. And the next day would be Christmas.”