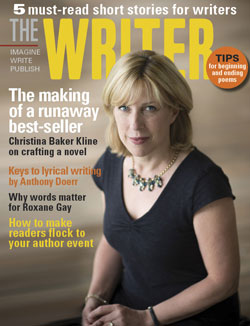 In October 2014, the world of literature saw French novelist Patrick Modiano receive the Nobel Prize in Literature, and Malala Yousafzai win the Nobel Peace Prize with Kailash Satyarthi.  The Man Booker Prize was awarded to Australian writer Richard Flanagan for The Narrow Road to the Deep North.

Elsewhere in the world, and sometimes out of it, the San Francisco Giants beat the Kansas City Royals in the World Series, the U.S. battled an Ebola outbreak, Oscar Pistorius was sentenced to prison and the Oort cloud Comet Siding Spring passed within 140,000 kilometers of Mars.

We also discussed ways to ensure your futuristic fiction never seems dated and gave pointers for creating an unforgettable book launch party – costumes and all.

What were you doing last October?