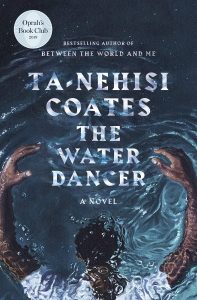 Oprah Winfrey and Apple announced they’d be partnering for a new iteration of Oprah’s Book Club yesterday, with Winfrey’s selections being available in both ebook and audiobook formats on Apple Books. Winfrey will also host an “Oprah’s Book Club” series on Apple TV+ every two months featuring the author of the selected book, beginning on November 1.

Her first selection in the partnership is The Water Dancer by Ta-Nehisi Coates, a The Atlantic correspondent and a finalist for the National Book Award for Between the World and Me. “I have not felt this way about a book since Beloved,” Winfrey says about the book. “I knew early on the book was going to cut me up. I ended up with my soul pierced.”

The partnership is also designed to help libraries: For each Oprah’s Book Club selection sold on Apple Books, the tech company will make a contribution to the American Library Association.

“Few people in the world can bring us together like Oprah, whose compassion and grace celebrating the power of books are unmatched,”  Tim Cook, Apple’s CEO, said in a press release. “It’s our honor to provide a new platform for Oprah’s Book Club and support the American Library Association in opening hearts and minds to the joy of reading.”
Advertisement