Benjamin Buchholz is the author of One Hundred and One Nights (Little, Brown: 2011) and Private Soldiers (WHS Press: 2007). He’s sold two books on spec this past year, one forthcoming from Da Capo in spring 2020, tentatively titled The Tightening Dark, and one to a private publisher. He’s published professional academic and ghost-written work, numerous stories and poems, and has taught fiction through Gotham Writer’s Workshop. He is an officer in the US Army Reserve, an Arabic linguist, the CEO of a start-up intelligence company, and a volunteer member of Burning Man’s “Stories from the City” project.

That seems easy enough.  But when you dig in, like you obviously are doing right now by coming here to The Writer and choosing this particular article, you’ll find all kinds of advice.  Wisdom enshrined in one place conflicts with other guidance.  People try to sell you things.  And some of the promptings and proddings and admonitions you chance upon will appear to dissolve into Cheshire Cat complexity or insubstantiality the more closely you ponder them.

For instance, one of my favorite platitudes – just write – comes across as a good, pithy, put-it-on-your-coffee-mug morning’s worth of motivation.  But, boy, can those two words prove difficult to capture and implement, like catching lightning in a bottle.

My goal in this article, and the coming few similar posts, won’t be to give you that lightning.

No one can do that for you.

Instead, I will try to share a bit of my journey, at least my journey so far, to help you learn from my mistakes and grab hold of a few things I’ve done that, perhaps accidentally, ended up working.

I haven’t really “made it”’ yet in any of the ways we can aspire as writers to measure such a thing – the financial success of J.K. Rowling or Stephen King, the literary brilliance of Borges or Didion, the impact of Chopra or Malcolm Gladwell, the awards and canonical omnipresence of Steinbeck or Faulkner.

What I have done is string together a few sales, enough so that work as a writer now tends to flow to me, almost more than I can handle – teaching, editing, and writing for pay as well as for pleasure.  It’s still not great pay.  Or even very good pay.  But it’s something, enough that I could choose to make it a full-time gig if I moved to a cabin in Montana and decided to eat only porridge and root vegetables.

I think I knew I wanted to be a writer back in about 7th grade.  The journey from then to now has been a strange one, though at this point I understand why that needed to be, and why it is more than likely that a writer – a working, publishing, successful writer – will have beneath his or her rumpled, frowsy, perhaps even myopic (and porridge-fattened) exterior a bit of a hidden Odyssey.

When I first tried to write, I lacked a subject.  I thought my “subject” could be replaced by calling to a muse, by finding just the right words, mellifluous, enchanting words, and wrapping them around whatever topic first came to mind.

I needed to gain experience.  It’s the first key to the success I’ve had:  a breadth and depth of experience, gained while pursuing life, but also gained while – frustratingly, slowly, painfully – also learning the craft of writing.

Let me explain a bit.

My first serious attempt at a novel combined a hackneyed multi-dimensional sci-fi plotline with my fond memories of a childhood spent in the north woods of Wisconsin.  I wanted to write something Neil Gaiman-esque, but all I really had at hand was this experience of the woods.  Or maybe of playing ice hockey.  Or of small-town life.  All of that could be fascinating, sure, but it was a tough sell to string all of it together.  It didn’t really work, though, from my relatively paltry experience of the world, I couldn’t quite tell why.  I just thought that everyone would love the things that I loved, even if they mashed together genres and abused conventions.  Only after achieving enough perspective to filter the quaint and charming from the irrelevant, repetitive, and dull – and removing elements of Star Wars, Dune, and Neil Gaiman that just didn’t and don’t belong, at least not in that particular pastiche of story – did I start to connect with subject matter I could write honestly and in a way that connected with readers.

Likewise, the poetry I attempted to write lacked real subject.  What twenty-something knows anything of the pain of love?

Even more subject-less:  my first dozen short stories.  They were garbage, all over the place, without voice or motive or many of the basic elements of story, like plot, theme, or good honest dialogue.  (And they still tried to be both a northwoods Thoreau and Gaiman).

During this journey I made a few other conscious choices that helped develop craft as well.

I changed my major in college to Classics, wanting both a firm linguistic underpinning and a better understanding of how story and story-types resonate.  That produced some results – mostly making me keenly aware of how to borrow and incorporate traditions of myth and story in a new work, such as Derek Walcott’s Omeros, or more commercially, the use of Herodotus in Ondaatje’s fabulous English Patient. But, unless you, O aspiring writer, have an abiding interest in this stuff, don’t do it.  There’s a reason we don’t read Plautus or even Caesar for fun (though Sappho and Homer still make the rounds.)

More importantly than college study, I read widely and constantly, bouncing around among genres.  This applied equally to my writing and reading habits, with a lot of experimentation – even including a bit of theater.

Toward the middle of this process I made a real effort to participate in peer workshops for writers, vigorously critiquing other writers’ work while seeking, and learning to accept and act on, their criticisms and suggestions for my own stuff.

As sort of the final piece in this journey, a number of years later, way after attempting to understand story through these various means, I decided to take an online course in writing fiction with Gotham Writers’ Workshop, one of many such online).  Not only did this help gel some of the things I’d been fumbling in my attempts to write, but it was also exceptionally well-timed.

I was in Iraq then, my first tour in combat, working as a Civil Affairs officer to help rebuild a small Iraqi town.  There I lost three of my Soldiers and witnessed the death of a small Iraqi girl, an accidental death, but one which resonated brutally in me, burning away a lot of hubris and exposing me to a subject I did not know I had the passion to write about: death and madness.

I began to write.  Everything else, everything before that, had been practice.  I began to really, really write.  Almost uncontrollably, possessively, filling me up and overflowing from me, the writing started, and I wrote and wrote and wrote (again:  just write!).

During the course of that online workshop, I saw fragments of fiction coalesce into stories.  Not just one story or two stories, but dozens of them.  I began to float in a miasma of story.  Every day, one or two or three, more than I could get down on paper.

The little Iraqi girl, like a ghost, haunted these writings.  I thought I invented her.  Literally, I blacked her out from my memory, a bit of a PTSD trick, and only realized she was real six or seven months later when I reread my own nonfiction report on the accident I’d witnessed.  Tale after tale, fragment by fragment, in stories she had no place being, she would make her appearance.

She became that lightning in a bottle.  The tools needed to make these compulsive, unavoidable fragments into interesting and publishable work were near at hand.  I understood how to capture them.  I understood how to workshop them.  I saved everything, but culled the best bits, improved it all endlessly, found fragments that sparkled and played with them.  All the reading, the classwork, the camaraderie on the forums came to bear at this exact moment.

Unlike my earlier attempts, which had for years come back stamped with polite form-letter thank-you-but-no-thank-you notes, I was surprised to discover that these bits and bobs got snapped up almost immediately by publishers.  They made their way into anthologies, reprints.  Editors started having back-and-forth conversations with me and I’d pitch ideas directly to them, further developing a sense for what they liked, wanted, needed.

Then the big break came. An agent emailed me via a publisher of one of my stories and asked if I had any novel-length fiction he could represent.  I showed him a few things, very experimental things (I was in a Saramago/Kerouac stage right then, writing fast and finding magical realism to be the exact blend of grit and serendipity I needed).  This agent read the experimental work, or parts at least, and told me point blank that they weren’t saleable.

I pretty much suspected that, and had warned him of what they were, and how I thought they likely wouldn’t be commercial.  I’d written them for myself. His response simply confirmed my suspicions.  If I wanted to take that next step I would have to start writing for an audience.

He called my attention to one of my own short stories, the one that had caught his eye and he said:  Write a full-length novel just like this one.

That, dear writerly friends, is how it happened.  Instead of writing just for me, or for some nebulous future 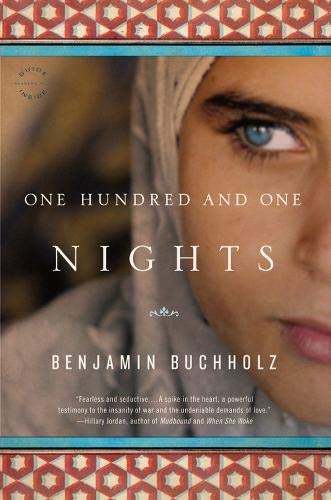 sense of success, I had a task, a concrete task.  I had a subject.  And I needed now to marry the art and inspiration to the practice and profession of authorship.

Nine months later I sent him a draft of what would become my first novel, One Hundred and One Nights.

What I want to explore in the next few posts will be not so much the joy of that one moment, when craft and inspiration came together for me, but the things that helped me respond to that agent’s request:  Write a full-length novel just like this one.

In that first intersection between subject and inspiration, a bit of magic and luck coincide.  But the things I (rather accidentally) did to churn through the draft of that novel, hitting the mark, are with me more solidly now than any single inspiration.

I also believe that, unlike much writing advice (like just write), the lessons from this intermediate experience are ones any writer can incorporate:  developing a process; treating yourself like a professional; making writing mesh with the bigger goals of leading a good and whole life; the strangely overlooked art of finishing; and – perhaps the lesson I’m still trying to figure out a bit – the changing expectations and means to promote yourself and your work.

I think this will be fun, a bit like therapy, for me and hopefully for you too, writer friend.

I dare you to just write.