It’s convention season in American politics. Later this month, the Republican Party will gather in Cleveland and the Democratic Party in Philadelphia, where they will officially select their nominee for President of the United States. (One party, the Libertarian Party, held their convention last month, and selected a pair of former governors to head-up their ticket.) In that time, running-mates will be chosen, platforms created, polls debated, and Wikipedia searches conducted.

A quick internet search of the candidates seeking our nation’s highest office shows that not only are they lawyers, businessmen, and politicians, but they are all published authors as well.

If you’re looking to learn more about a candidate, or wish to assess their writing ability before casting your vote, you may want to check out the books they’ve written, some of which are highlighted below. 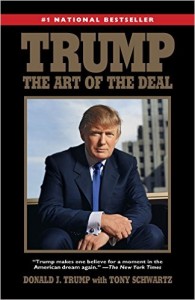 The billionaire real-estate mogul is the author of eighteen books, the topics of which range from business and politics to golf. Trump published his first and most successful book, Trump: The Art of the Deal, in 1987. A former #1 New York Times best-seller, the book is a memoir that details Trump’s rise to success and the self-imposed rules he followed to get there.

The Art of the Deal has two “sequels,” Trump: The Art of Survival (1991) and Trump: The Art of the Comeback (1997), which explore how Trump has remained successful despite personal obstacles and business roadblocks.
In 2005, Trump published , a collection of tips that he received from various celebrities, including PGA professionals like Arnold Palmer and Phil Mickelson; Baseball Hall of Fame members Ozzie Smith and Yogi Berra; and singers like Pat Boone and Glen Campbell. Trump’s most recent book is Crippled America, which he released in November. According the book’s description, it is his “blueprint for how to Make America Great Again.” 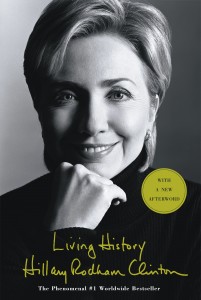 The former Secretary of State, Senator, and First Lady is the author of five books, all of which have been published by Simon & Schuster. Clinton released her first book in 1996, titled It Takes a Village: And Other Lessons Children Can Teach Us, in which she details her vision for a society that is focused on the needs and development of all children.

She then released Dear Socks, Dear Buddy: Kids’ Letters to the First Pets, a children’s book about the First Pets during the Clinton administration. The book includes letters that children wrote to Socks the cat and Buddy the dog as well as a history of pets who have lived in the White House. In 2000, she released a coffee table book titled An Invitation to the White House: At Home with History, which detailed what it was like living in the White House during her tenure as First Lady.

Clinton released her first memoir, Living History, in 2003, which recounted her life up through her election to the United States Senate. In 2014, she released her second memoir, Hard Choices, an account of her time serving as Secretary of State. 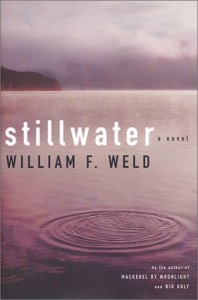 Former New Mexico Governor Gary Johnson authored his first and only book in 2012, titled Seven Principles of Good Government: Gary Johnson on Liberty, People and Politics. The book, which was released after Johnson secured the Libertarian Party nomination in 2012, outlines both Johnson’s platform and what it means to be a libertarian.

Weld’s first novel, a political satire titled Mackerel by Moonlight, was released in 1998 and tells the story of District Attorney Terry Mullally’s quest to leave his questionable past behind and secure a seat in the United States Senate. He released a sequel, Big Ugly, in 1999, which details the newly-elected Senator Mullally’s struggle to assimilate to life in the nation’s capital.

In 2002, Weld released Stillwater, a coming of age novel that tells the story of a fifteen year-old boy named Jamieson, who falls in love, contemplates mortality, and watches his world change forever after his Massachusetts town falls victim to a hurricane.