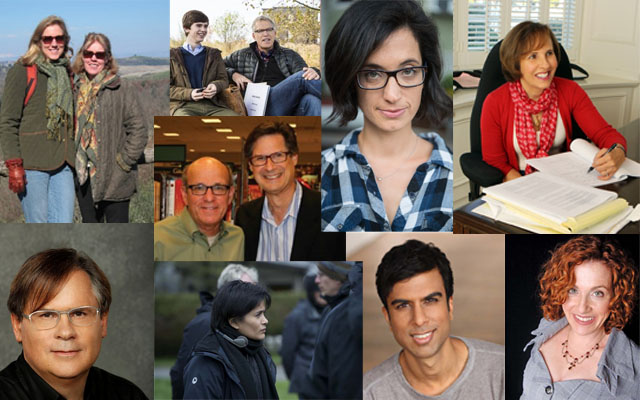 With awards season building up to the Oscars this Sunday, screenwriters are in the spotlight. This year, 10 films are being honored for their original or adapted screenplay, including Birdman, American Sniper, The Theory of Everything and The Grand Budapest Hotel.

In the past year, The Writer has spoken to many screenwriters about their process, from idea to page to lights, camera, action.

Though a lack of an MFA always made Ayelet Waldman doubt her writing abilities, a successful review of her novel Love and Treasure made those fears subside. An extra boost of confidence came when a director expressed interest in turning the book into a film, which, she says, will help her fill in pieces of the story.

From business school to screenwriting to novelist, Soman Chainani‘s career has taken multiple twists. The latter two are coming together as his novel The School for Good and Evil is being adapted for the big screen. The difference between the two, he says, is “With screenplays, you don’t have to get so deep into the character’s head. It’s more scientific.”

Husband and wife writing team Michelle and Robert King have swept up multiple Emmy nominations for their work on The Good Wife, but they both come from a film background. For Robert, “The life of a TV writer is more fun these days than movie writing.”

Using the 1960s Alfred Hitchcock Psycho as a starting point, screenwriter and showrunner Carlton Cuse turned his series Bates Motel into a success. Of the show’s connection to the film, Cuse says, “It’s that thing that allows the audience some point of connection to understand who these characters are.”

Emmy-nominated Veena Sud has written for series both on TV and online. Also creator and producer of The Killing on Netflix, Sud discusses her process of writing “cinematically” and the difference between structuring a story with commercial breaks and without.

Two sets of screenwriting partners open up about the challenges and triumphs of working in a team. From feature film (Mollie Miller and Natasha Garland) to TV sitcoms (David Isaacs and Ken Levine), these duos have both formats covered.