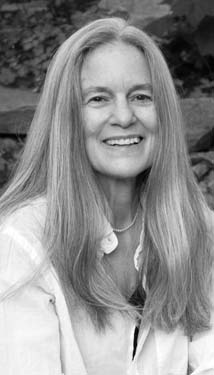 Sharon Olds has won the Pulitzer Prize, the National Book Critics Circle Award, the T.S. Eliot Prize and many other awards for her poetry, which explores the emotional landscapes of subjects such as the human body, sexuality, politics and the family. In Olds’ poem “The Unborn,” for example, she writes: “Sometimes I can almost see, around our heads,/Like gnats around a streetlight in summer,/The children we could have,/The glimmer of them.” She goes on to compare these potential children to “dozing… servants, half-/Listening for the bell” and to undeliverable “love letters/In the Dead Letter Office.” Characteristic of much of Olds’ work, this accumulation of imagery helps evoke a precise, complex, rich emotional state. Olds’ next book of poetry, Odes, is due out next year.

What’s the most important thing you’ve learned as a writer?
That one is very lucky if one has (if one is able to make) the time to write. (Time, health, education of one kind or another.) Also I’ve learned it’s good for me to notice the tiniest sub-“thought” (feeling, observation, perception, fancy) which goes through my mind, almost too fast to notice—to catch it before it’s gone, to jot it down. Whhhsshht! It disappears down its hole in the baseboard. If I can catch it by the tail and pull gently (a mouse mother, not a cat), sometimes I can bring back the back feet, the furry gray rump…the whole mouse! (Ma soeur, ma semblable—my sister, my twin.)

How has that helped your writing?
It’s helped me write more and spend less time worrying if I’m “any good.” Also, writing is in a strange way fun; it’s a form of play as well as involving the deepest, most serious human stuff—the making of art having something to do with knowing ourselves, which might help us survive and help the earth survive. (World Peace!)