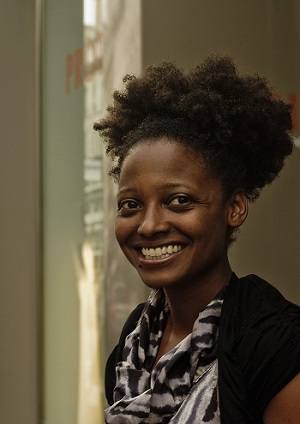 Pulitzer Prize-winner Tracy K Smith is the author of three poetry collections and is a professor of creative writing at Princeton University. Her first collection, The Body’s Question, won the Cave Canem Prize; her second, Duende, won the James Laughlin Award and Essence Magazine’s literary award and her third, Life on Mars, won the Pulitzer Prize for Poetry. Her fourth book – the memoir Ordinary Light – was published by Knopf in April and long-listed for the National Book Awards in nonfiction.

What is the most important thing you’ve learned about writing? How has this helped you as a writer?
Every discovery that I make as a writer, and the work it allows me to do, is true only for as long as it is true. Then something else becomes true. Perhaps the first true thing will become true again in the future, but in a different way. Nothing remains true forever.

I’ve been writing poems quite seriously since I was 19-years-old, and I remember the feeling of extreme liberation that came when I realized that a poem could leave some of its key questions fundamentally unanswered. I’m thinking quite specifically of the poems I was writing as a graduate student in Columbia University’s School of the Arts.  Poems about the death of my mother, a situation – no, a problem – that I couldn’t, no matter how hard I tried, manage to resolve. Why had it happened? Where had she gone? What was she trying to tell me, every night it seemed, in the strange dreams where she was alive again, albeit changed? I wanted to push the fact of her death – which was an error, as I saw it, in need of correcting – into its proper place. But of course that was, and is, impossible.

What I learned to do, finally, was let go. To wander through the mess of my feelings in the wake of that tremendous loss, and forget about putting things back together. I learned that the best way to come to a better understanding (if understanding is even the right aim) of the totality of something as huge and beyond me as the death of a parent, was to surrender, to take it on in small pieces and without an agenda. In this manner, the process of writing (rather than the impossible feat of solving) is what gave me access to my mother again, what allowed me to remember and invoke her through image and anecdote, and to encounter my own sense of who she was in those moments and gestures.

Years later, in my late 30s, I returned to this material. But I wanted to insure that my questions – and the images and anecdotes they rode upon – would land me someplace different. I wanted a different kind of apparatus for reckoning with those familiar themes, and so I turned to prose. What did I discover? That for all the many things that white space does in a poem – place weight upon images, invest juxtapositions with powerful weight and meaning, create suspense as to what will come next and purposeful silence in the wake of what has just been said – there is work, in language and on the page, that prose must do, not just for the reader, but for the writer as well. In my prose, I reached a point where I determined that of the questions that had gone unanswered in my poems now demanded to be explicitly addressed. Why do I remember this? What do I think about this story? What does it sit behind or in front of in my mind? How does it frighten me? What other questions does it house and how do they speak to a world beyond this private story? I think these questions are alive and felt, but unspoken, in a good poem. But the prose I was interested in writing urged me to bring them into language and unravel them, and the threads connecting them, on the page.

I don’t think this negated the lesson I’d learned years earlier, the one that liberated me to explore material that defied resolution. But exploring the very same material in this other genre made the material itself different, and thereby in need of different tools and different goals.