I found mine in the mailbox on the edge of my lawn. The mail carrier hadn’t noticed the envelope. No, he’d left it slipped between the gas bill and a leaflet for window repair.

She had sent the summons. I saw them. The hands. Her hands. Snagging, shifting, sealing. Crawling across the desk. Tantalizing the crisp, white paper.

Ours was a gray town. A waxen atmosphere settled over the buildings and the roads, even the suburbs.

The Vacants appeared pale at first glance. But then again, everyone did. It was the in-between moments that cracked the veneer. Reaching for the same can on a shelf, waving down a taxi, handing off bills and coins across a cash register. These were the moments skin almost touched. These were the moments we realized they were different.

I blinked and blinked until glass shattered. Sallow wrists nearly hanging from bones reached to give me a handshake. Eyes the color of wax paper slowly slid and slung in their sockets. Lips, pasted thin to jaws, croaked raspy whispers. My heart often didn’t steady until sleep silenced the murmurs they carried in chains behind them, too heavy to hold in their arms.

Vacancy is a gentle touch that slips from one vertebrae down to the next.

As a child, I had visited the mayor’s office with my class. We were told to wait clustered in a corner until he emerged from behind a dark oak door to our left. Across the room sat a woman whose limp, ashy curls all but covered her face. Gnarled fingers like dead tree limbs slid slips of paper into envelopes and shoved a seal on top. Hands. Steady, measured movements. I was dizzy with her right wrist when the mayor finally emerged, a threadlike smile sewn onto his face. Thick, round hands rolling a pine-scented oil between their fingers paused a moment to gesture across the room.

“Have you met Marta? She sends out all the summons. See how many she has stacked? So high! So many mailboxes with a surprise inside!” A slick, bulbous finger ticked the tip of my nose as his intonation lilted. “Everyone who receives one of these in the mail gets a very special opportunity. One to come visit me behind my big, oak door. So we can better understand each other.” He left a wet scent of pine and the cold breeze from his coattails behind as he sealed himself away once more.

I saw her hands again, claws they nearly were, as the envelope grew damp in my palm. Turning it over, I reached for the lip to tear it open. My eyes itched to see the ink bled into words, even while my heart stalled with each raspy breath.

I was 11 when I saw my first Vacant. One of those who had received a summons. Who had visited the mayor. I was on the corner of 1st and Main waiting for the light to change before I crossed. A cold shiver crept down my spine as a white hand webbed with veins reached past my shoulder. I had the sense to take two steps to the left but not to keep my gaze aimed across the intersection, or even fixed on the ground. Her eyes met mine in a pleading stare, though her body remained still. Strings of hair clung to the sides of her face. A grip I could not see took hold of me. My chest tightened, and my lungs followed a hollow, metered breathing I did not recognize. Clinging with my will to the cement, the tether threatened to drag me after her as she crossed the street. Each step a tug, each moment one I felt slip through my fingers as I gripped firmly to the present. But as quickly as the tether had knotted, it snapped. Deep, shuddering breaths shook with a heaviness I thought might pin me to the ground. There was something in her stare, buried beneath her jaundice eyes, beyond the supplication drifting across their surface. Whoever she had once been was gone. She had returned a hollow shell.

It didn’t take me long to realize the mayor spent far too much time behind that thick, oak door. On the rare occasions he emerged, when I caught a glimpse of him behind a glass screen that made the world tilt and twitch periodically, his eyes were etched with spindly, red lines, the edges cracked in a dry despair. As if he never blinked, as if all he did was watch.

By the time I was 12, Vacants punctuated the streets. I never touched one, though I had been close enough to feel their clammy breath on the back of my neck, to smell the sour, earthy scent they left in passing. They paced the streets as if making rounds. Skin and eyes thin and stretched across their being, nearly tearing. And yet their stares pored through my own defenses and burned in a way that itched raw long after I was out of their sight.

My mother found her envelope in our red mailbox, the crinkled one with faded handprints plastered onto the sides. Her name printed in black ink smirked across the front. There was no return address.

When the car arrived to take her away, I held tight to her as the tires melted to a halt by the curb. I heard the hollow click of the doors unlocking. Mother gripped my shoulders tightly and pushed me away with a resigned force I had never felt her use before. When I saw her face, I screamed. Her mouth tightened the distance between terror and a sad smile. I feared the skin would rip from her jaw. Her eyes, though growing glassy, seemed to plead and reach for me in a way her hands could not. She did not scream. So I screamed for both of us until she shut the car door behind her. There was only one date on her ticket. She did not return.

Do you know what you do with those hands? Do you know the fate you rub into existence with your calloused thumbs bent at the knuckles? Envelope after envelope. There may come a day when only Vacants walk the streets. Gray on gray until we disappear. Perhaps only he will remain, the wet scent of pine behind an oak door. And you, of course, diligently creasing paper until it fits into the envelopes. And then, Marta, what will you do?

—Sharayah Hooper can often be found with her nose a mile deep in a novel. She earned a bachelor’s degree in creative writing and has been published in Four and Twenty, With Painted Words, and Z Publishing’s Best Emerging Poets of California. 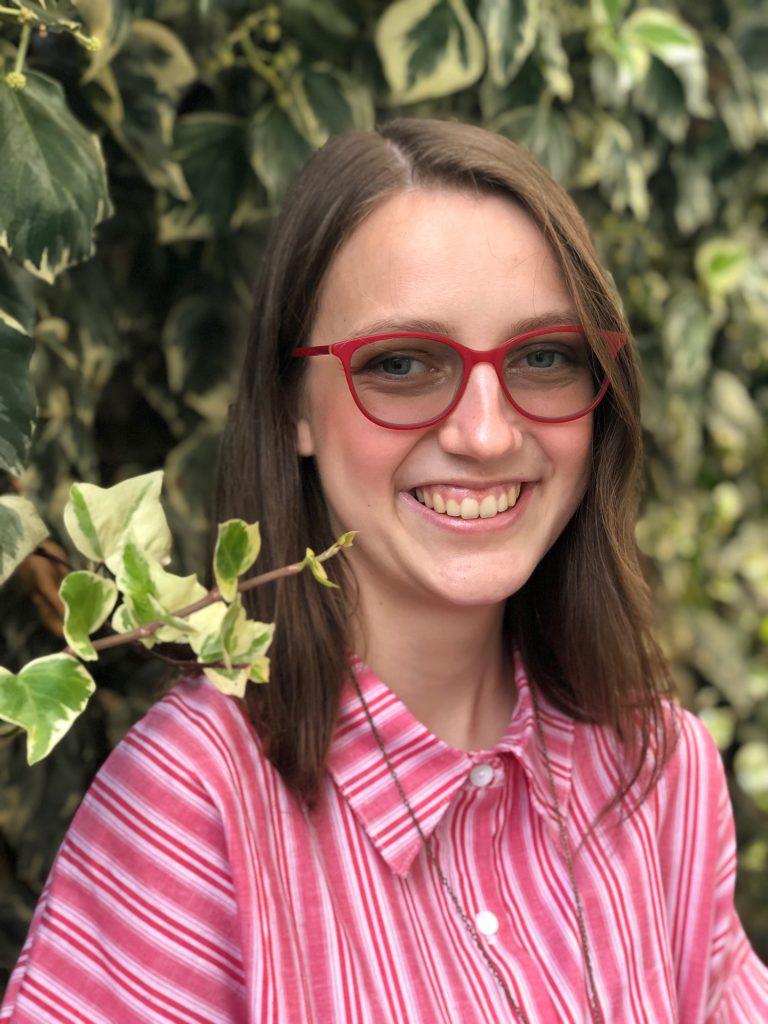 What inspired you to write “Marta?”

I originally wrote “Marta” in response to a competition hosted by NYC Midnight [a storytelling contest]. I was given a character, a genre, and an object and assigned a deadline to craft my short story. The result was the first draft of “Marta.” While the story did not bring me through to the next round, I was pleased with the bones of the prose and continued tweaking it without the restraints of the competition before finally submitting it to The Writer. I appreciated the constraints of the competition and how they helped me get the words onto the page but also enjoyed the freedom of revision that allowed me to follow my favorite elements of the story and emphasize them.

“Marta” is told in exactly 1,100 words. Was it a conscious decision to tell such a short, compressed story, or did the narrative just naturally take that shape?

While the exact word count was not planned, I do strive for brevity. NYC Midnight’s competition had a word limit, but if I remember correctly, I came in well under. Every word is important, and, to me, less is more. There is a power that rests in binding a story into the space of a few pages, a few paragraphs.

The best advice I can give is to not be afraid to put words down on the page. This is advice I am still working to convince myself to follow. I need as a constant reminder the truth that the first draft will never be perfect. But you cannot revise a blank page.