Become a member and get exclusive access to articles, contests and more!
Start Your Free Trial
SIGN UP NOW FOR THE WRITER'S ONE-DAY CONFERENCE ON SEPT. 17 IN BOSTON! DON’T MISS A CHANCE TO CONNECT WITH FELLOW WRITERS! 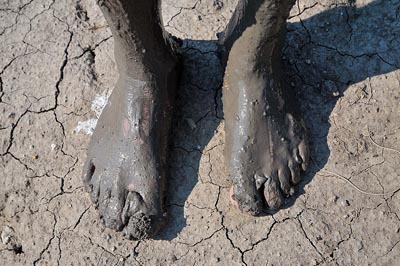 Evening offshore winds swept the fog from the California coast and toasted the air with ocean salt and pungent kelp. On a cliff high above the rumblings of the surf, surrounded by bent cypress trees, an old Spanish mission guarded the land. The wide mahogany doorway of the church framed a man and a woman in their mid-thirties, both dressed in white, hand-in-hand. They stood atop the Mission’s adobe stairs and looked down on friends and relatives milling in the courtyard in themed 1930s garb – the women in long chiffon dresses and lace shawls, the men in blue blazers and straw boater hats circled with wide crimson bands. Opening scents of night-blooming jasmine infused the air. From the bell tower, a red and white flag wigwagged at the becalmed ocean. The earlier prism of the sea’s surface had shrunken to a small semicircle mirroring the sun’s image as it slipped under the horizon, leaving behind – its wont on warm summer days – no sign of departure, no enlargement, no wind, no color, hint nor hue, erased like a forgotten childhood memory.

Two black-bow-tied waiters in white shirts and slacks distributed small silk rice bags tied with red velvet ribbons to the waiting guests. Tables of edibles, tented and unattended, loitered in silent submission, ready to be pillaged. Cadres of flying insects filled rosemary border hedges. They hummed to themselves, hovering for their turn at the food.

Night cloaked the rice paddies, reducing men to madness, raising cicadas to kings. An overcast sky masked the moon. Darkness was Tran Hgo’s ally, absorbing his black clothes, improving the choiceless chance he was about to undertake. His hand felt its way along the rough-timbered outside wall of the guard barracks. A symphony of snores from inside evidenced all was as he had hoped. He headed for the fields he’d left not three hours before.

Minh Ah opened her eyes as soon as Tran departed. She had not slept far from the edge of awake since the Viet Cong raided her village eight years before. An internal tear trickled across her heart. She worried for her husband and their children. She knew what he must do and the knowledge did nothing to lessen her dread. She slipped from her cot. Kneeling before a small ivory figure on a woven basket, she mouths a silent prayer.

Embedded in his harvesting rhythm, Tran remembered the day his father was taken, the rough, black-sashed soldiers who shot the first and only protestor. He remembered when the Cong returned to the village years later and carried him and the other young men away, and heard again his mother’s wailing voice as he was led into the forest. His two sons had never known village life. They were born in this camp. They would die here.

Hours later Tran paused. Months of minimal food and sleep had weakened him. He removed two leeches from his leg with the ani-ani then hefted the bag, judged its weight and returned to his labors, slogging through the paddies that felt thicker since he’d broken his rhythm. With each meter trudged, the sack became heavier, harder to swing away from the blade stroke. Soon the bag would be full and he could rest, knowing the labor would feed and clothe his family until spring. That thought fought the night chill.

As the overcast curdled into clouds, Tran noticed the man perched on the bank, watching him harvest. Thinking the man a guard, Tran froze. But guards were an impatient lot. A guard would be barking orders – and Tran didn’t see a gun glint in the shaft of moonlight that winked through the clouds.

He harvested a rice row in the man’s direction. When close enough, Tran turned and bowed. He spoke softly. “A beautiful night.”

The man looked around as if gathering evidence to evaluate Tran’s statement. “For some things,” the man answered in a low, steady voice. Tran couldn’t place the accent.

The silence hung longer than comfortable. “Are you from here?” he asked.

The stranger stood. Tran now realized he was an elder, stooped at the shoulders and dressed in ivory cloth. The man slid his feet into the paddy water. Arms outstretched, palms open, he inched forward in small, cautious steps and placed one hand on Tran’s shoulder.

The man’s dark, deep-set eyes drew Tran as if his soul wanted to separate from his body and join the stranger’s.

“You must leave here at the first hint of dawn. Not a moment later. They will be up early this morning.” The stranger turned and walked away.

Still walking, the stranger answered, “I’m the one who stands on the basket.” And he was gone, swallowed by the darkness.

Tran faced the eastern horizon. Fewer stars signaled the coming dawn. Yet, there was room left in the sack. Room for extra rice he could barter. He returned to his task, handling the ani-ani roughly, pausing after each downward stroke, summoning the strength to lift his arm for the next swing. Sweat stung his eyes, hampered his vision. Still he swung his blade down with the same force. He slipped in the mud. The knife sliced into the calf of his left leg. He screamed silently as bright red blood mingled with the murky, insect-infested water.

Tran dropped the ani-ani and gripped the top of the harvest bag with both hands. He tore off a piece of fabric. Balancing on his good leg, he lifted the slashed limb from the water and supported it on the bag. As he wrapped the wound, blood dripped unnoticed into the harvested grain.

He knew he should leave the field, wash the wound in a clear stream, return to his bed and sleep. Instead he stepped back into the filthy muck and resumed his work. He balanced on his right leg as he slid the white treasure into the sack. Inch by inch he wrestled the sustenance from the paddy’s grip.

At the first whisper of morning light, Tran hefted the bag. Time to stop. In the disappearing darkness he dragged his damaged leg and his prize back to the straw hut.

Tran leaned the sack inside the door and looked over the compound to check that all was still.

The sun that had lightened the sky moments before was still not visible, hidden behind the fog rising off the warm rice paddies, tinted red, as the solar heat nibbled away the fog’s flimsy substance. For a moment, Tran’s whole world adopted a rosy aspect. Then it was gone.

He stumbled forward and collapsed on a cot. Freed from tasks, the waiting fever blossomed and consumed his body.  Thoughts slid into the dark well of his mind. His leg throbbed, his sweat-wet body shivered, the wound’s ripening smell rose.

At the sound of her husband’s collapse, Minh Ah sat up and wakened in a single motion. Her glance took in the full shoulder bag, rice spilling out the open top, the festering wound, blood staining the floor, Tran Hgo’s feverish head, his sweat soaking the bedding.

Outside, a gong sounded, harsh and intrusive. Work call. Five minutes to assemble in front of the cabins. Minh Ah held Tran’s hand and prayed, repetitive, almost inaudible sounds directed at a small ivory figure atop a woven basket.

Tran opened his eyes at the sound of the gong but could not muster the energy to turn his head. He stared at the thatched ceiling as his wife continued to entreat their god. His lips moved.

“Hide the rice.” His utterance was soft; the sounds ran together and entered the room unheard. Minh Ah dunked a rag in the water bowl and gently cleansed his wound.

He pushed her hand away. “Hide the rice,” he repeated. His wife’s hand tightened on his. She had heard but not understood. He lifted his arm to indicate the harvest bag. Instead his arm dropped off the cot, a pointing finger landed on the dirt floor.

Tran summoned the remaining energy in his body to his throat.

Loud banging at the door covered his words.

The newly wedded couple started down the adobe stairs under an engorged moon rising in the east. Scarlet-hued as it peeked over the coastal mountains, the moon slid along the color scale as it ascended toward ivory – its final destination. Rice flew into the air, lifting, swirling, sailing, the last light of day catching intermittent red facets in the grain. The celebratory spray tumbled, twirled and floated downward. Champagne flowed as a white shower sprinkled the sidewalk with kernels like drops of moonlight to wash away into the sea with the next rain.

ABOUT THE AUTHOR, JOHN PHILIPP 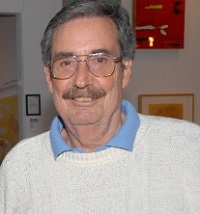 JOHN PHILIPP writes a weekly humor column for six Marin County, California, newspapers and has won several national contests for his humor and memoir writing. He is working on a literary novel. “The structure of this story developed over four or five years,” he says. “Originally I had versions in first- and third- person POV. Frustrated, I decided to capture just the essence of the story and build from there. Once I’d written the essence, the story felt complete as it was.”

Click here to read the 2nd place story, “A Wolf with Patience” by Barbara Stark-Nemon.

Click here to read the 3rd place story, “Good for the Soul” by Brenda Sinclair Sutton.