Become a member and get exclusive access to articles, contests and more!
Start Your Free Trial
SIGN UP NOW FOR THE WRITER'S ONE-DAY CONFERENCE ON SEPT. 17 IN BOSTON! DON’T MISS A CHANCE TO CONNECT WITH FELLOW WRITERS!

There is a young woman sitting on the ground beneath a tree.

What is there to be said about the tree? The tree is big compared to this young woman, this reasonable person, who is no longer a child, but only recently so, quietly so. The tree is grown, a tree beyond reason, a hard-barked, enduring tree, compared to this soft changeling. The tree is no wind-shook sapling. Dark roots burying, it disappears silently into the earth.

There she is, long folded limbs, a silver stud in one eyebrow, two indigo swallows in flight around a crimson heart tattooed behind her left ear, both wrists bangled loud, each finger ringed, two nails varnished a glistering yellow.

Jonquille is the name she did not read on the varnish bottle. Had she read it, she would have imagined there was some magical significance to her striding through the field of daffodils to get here, the field of bowing Narcissus Jonquilla. But she has not read it, so has not had any thoughts on mysterious coincidences, and what everything might really mean, not what it appears to mean, nor what it could mean.

She has walked through a field of spring flowers, eyes on the tree, hands in her pockets, phone clutched.

This tree is trustworthy, if trust is a want. It is steady, still, silent. It has endured, and therefore may well endure for some time to come, spring-rousing, summer-blooming, autumn-tiring, winter-sleeping. This could be why she has chosen to sit beneath it, why she sits cross-legged, on the dry earth, pelvis to ground, spine to bark.

This possible reason, but if so, not this reason alone, as this reason is not hers. The tree is still and steady without her, silent without her, will or will not endure with or without her, above and below the ground she sits on. The other reason, which belongs only to her, is that here beneath the tree is the only place that is not home. It is close enough to home but, because of its otherness, cannot be confused with home, despite being so near that she could be seen from home, if that was a want.

What can be said about home? This. She has decided that beneath the tree is the only place she can make the call.

No, it is too soon to mention the call. She is not ready. She waits for the readiness.

She sits under the tree. That is enough, that is a beginning.

She looks at her two yellow nails, brings them side by side, considers which one is better. One nail is sealed perfectly, the lacquer extending in a glossy stripe from nail-bed to tip. The second stripe finishes in a blur before reaching the tip. Why are these two nails not the same? Was it not her intention to have them the exact same? It was. She clicks them together.

Clears her throat again. Checks her home. Nobody at the kitchen window. What does it matter? Nobody at the upstairs bedroom window. What does any of it matter? Checks she has closed the back door behind her. She knows she has closed the door. The knowing does not make anything clearer. She gets up, stretches, moves slightly to the left, checks if she can still be seen from home. She already knows there is no one in the kitchen, there is no one in the bedroom, it does not matter, what good does knowing do? They are in the sitting room at the front of the house; she had sat silent among them before walking to the tree. She moves a little further to the left.

She sits, leaning into the trunk, overhead branches an umbrella shielding all below from good or bad sun, from good or bad rain. Who is to know what any one thing needs? Who decides this rain is bad today, but tomorrow’s rain is good? The ground beneath the tree has not felt rain nor sun in years. Her soles are flat to the earth. She takes out her phone, checks her Notifications, Coverage, Charge, Notifications, Coverage, Charge.

She knows it is charged. She didn’t leave home and walk across the field to the tree until it was laden at 100%. She left her home and headed for the tree in the middle of the field primed to be a reasonable young woman.

It is now cast at 98% possibility. There is a 2% shuttered door to the next thing. The set good is draining into the air from the small bright window through her bangled wrist, her soft core, her young white spine, into the hard bark, down the trunk to the taproot, beyond, the chance draining deeper, until its dark skinny roots are indistinguishable from the earth.

Tiny little things burying. A thing that wants to be considered good. Who is to say what is good or bad? She feels the cocooned panic fluttering in her ringed fingers,

She closes her eyes and sees the white of his body, him saying her name, the wetness of it. The clear hardness of her name coming from his mouth. The clear knowing. She hears him say her name hard, beautiful. His hair falling on her face. Him saying her wet name to the indigo swallows behind her ear, burying in. A crimson heart pushing the name from his lips around her body. The memory is a hard white.

On her phone, inside the square photo, he is looking at a fixed her, and he is smiling his most enduring smile, his most hard-barked solid smile. She grips the phone to steer the good from draining. Clears her throat. Goes to Contacts. Finds his name. Taps.

But let it be that he is.

An older woman speaks. Says Hold on, says This is his mother, says He’s up in his room, says Hold on.

She listens to a clamber up a stairs. There is a staircase, there is a mother, there is a bedroom. She fingers a small plastic test stick in her pocket, branded with two solid blue stripes at its tip. A little rectangular window, tiny blue stripes, extending in steady parallel from one end of the window to the other, two enduring blue stripes, meeting in solidarity edge to edge, a silent klaxon, beginning and ending in perpetuity in the window on the tip of the small plastic test stick in her trouser pocket.

There were instructions on how to read these lines. The empty packaging lies read and re-read on top of the unread bottle of Jonquille at the bottom of her drawer in her bedroom.

She leans into the tree, the steady enduring sheltering tree, this young woman, this reasonable young person. If she were to cry now, tears would glide down and disappear into the hard ground. And though the earth has been sheltered for decades by the enduring tree and has not felt sun nor rain upon it, it would take the tears in, would know them as its own.

She does not cry. She leans into the otherness of the tree, waits, grips her phone, places the photo of his smiling face up to her ear, up to the swallows circling the miniature heart, her two yellow nails burying into her palms, the blood rousing beneath. Held against her temple, the screen darkens.

This story was written to try to imitate the dueling dialogue that is the inner mind. Words, like thoughts, are repeated, tried in new settings, turned over, meanings changed. Decisions get made on the page, disagreed with, settled on. The story narrates the internal private conflict of a young woman, wrong, she is not yet an adult, but she is not still a child. She is young. 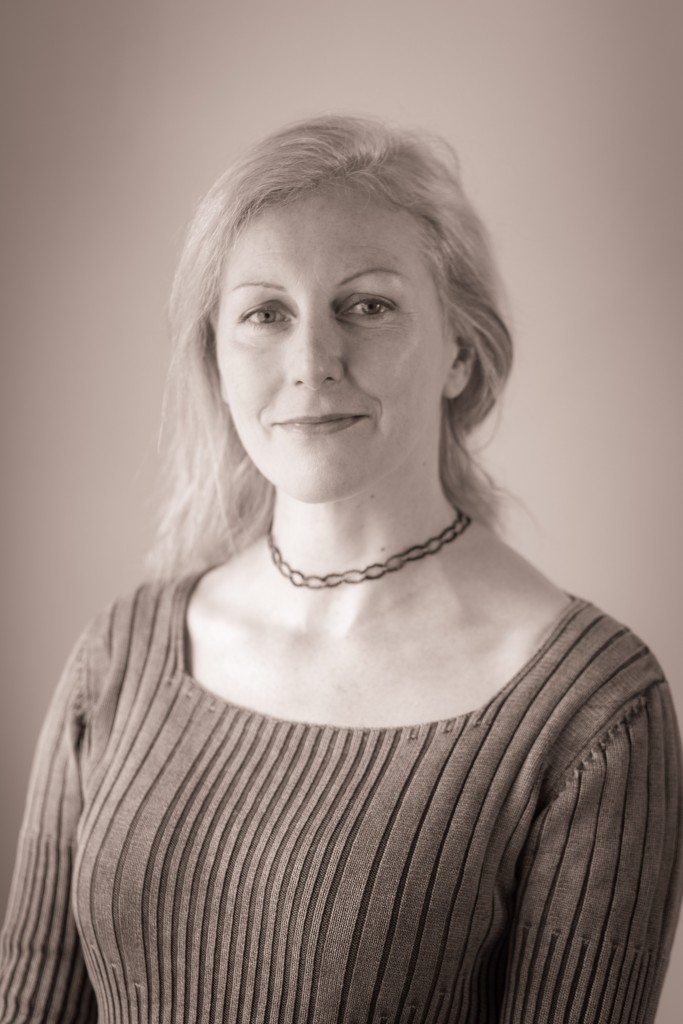 Born in Dublin, Niamh MacCabe grew up in Paris, in north-west Ireland, and in Washington DC, where she graduated as a visual artist from the Corcoran School of Art. She worked in the Animated Film industry, returning to rural Ireland to raise her children. She began writing in 2014. Follow her on Twitter @NiamhMacCabe.