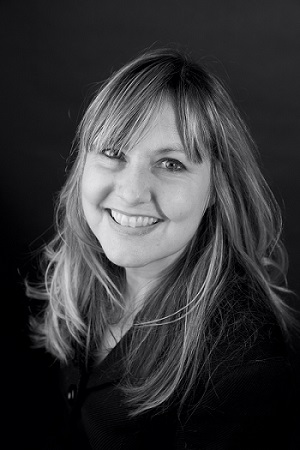 The Writer: Tell us about the process of writing the story: How did it come about?
Wendy Robertson: Various triggers. Several years ago, I heard an interview with a man long suspected of doing away with his vanished wife. She, too, reappeared, but by then, his life had been ruined, and the sadness of his story stuck in my head. Then someone I know had a severe anaphylactic reaction, added to time spent as a temp in offices, and, finally, I was working in a shop when a plump man eating chips with a guilty expression came into view, and that was the starting point. So it’s a real collage of bits and pieces.

TW: The dialogue is very lively. How did you decide to write in dialect?
WR: I live in Edinburgh, and the character of Malky is someone you see around a lot and hear on buses. The dialect wasn’t really a choice. The story just came out that way.

TW: How do you think that affected the mood of the story?
WR: Malky was meant to be a bit of light within the shade, some comic relief. He’s an archetype, which, on reflection, doesn’t often appear in fiction outside Irvine Welch’s work.

TW: How did you develop the characters? Did they lead you, or did they come to you fully formed?
WR: The characters were pretty well fully formed. It was the expression of the man in the street, his guilty pleasure that kicked it all off. Somewhat annoying after all the hours I’ve spent on character bios through the years. Then I imagined what this man’s life must be like.

TW: What is important to you about the reading experience? What do you want readers to take away?
WR: There has to be a satisfying motive driving the character; the “why” in the story has to make sense all round. That is what I would hope to do with my writing – observe and convey in a gripping way various universal truths. I also aim to make people laugh.

TW: Why write in the crime genre? What’s key for you in a crime story?
WR: I cannot lie: This is my first attempt at writing crime. I agree with more established writers than I who say crime stories are actually a peg to hang stories about our world and the human experience.

TW: How did you come to the writing life?
WR: I’d always wanted to write, having devoured books as a little girl as an escape from the real world. But I was not encouraged to be a writer. I suppose it was seen as a rather rickety career path. I went into journalism and then TV production, but after 20 years, I realized I still had a strong calling to write. So I rearranged my life to have the maximum amount of writing time. That was five years ago. I usually write (so far unsold) TV screenplays or novels (nearly sold my first novel last year), and this is the only short story I’ve written and properly crafted. I wrote it four years ago and have edited it a few times.

TW: Tell us a bit about your background as a writer such as where do you write, when do you write?
WR: I’m so aware of time running on that I’ve become quite versatile. Now I can write anywhere – in bed, a favorite nook in the public library; next to the sea seems especially productive. As soon as I get into the story world, it doesn’t seem to matter where I am. Like many, though, making the time to sit down and write (and not fall down an Internet hole) is still a challenge.

TW: Who inspires you?
WR: I’ve mainly been working on an inter-war drama TV pilot, so I read a lot of contemporaneous work to learn about the lifestyle and the language. P G Wodehouse is wonderful. What a comic genius. “A Deadly Diet” was written straight after reading a collection of Raymond Carver stories, and I think his hard-edged, economical tone influenced it a lot. Early on in writing, I was inspired by Nancy Mitford. Gillian Flynn’s Gone Girl is an amazing piece of writing. I’m constantly in awe at Charles Dickens’ work. My TV writing is influenced by The Sopranos and The Good Wife.

Read Robertson’s winning story “A Deadly Diet” here. For the runners up to the “Crime Pays” contest, click here and here.

For the chance to have your short story published in The Writer, check our contest listings for details.