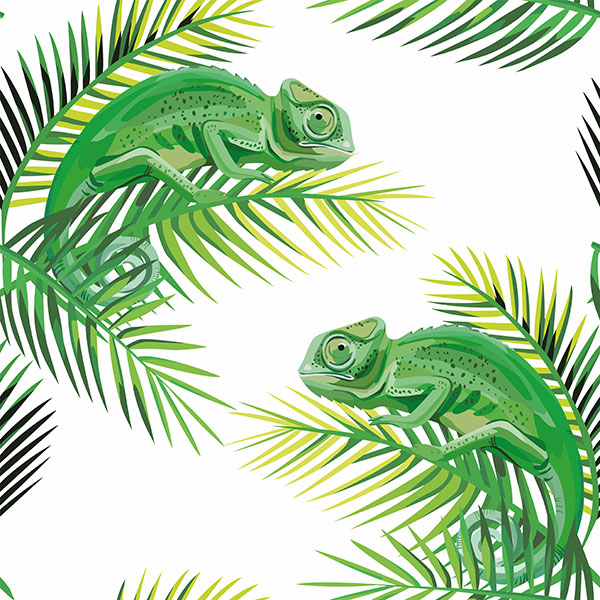 That the print media world is in free fall is hardly man-bites-dog news. For years now, publications have been folding, downsizing, and going digital-only at an alarming rate. In the past 16 years, death knells have tolled for once-iconic magazines like House & Garden, Gourmet, Ladies’ Home Journal, and Mademoiselle, and in just the last year, print editions of More, Self, and Lucky Peach were shuttered. Meanwhile, editors arrive and depart with revolving-door speed, and writers’ payments stagnate or threaten to nose dive.

Sign up for our weekly newsletter, full of tips, reviews and more.

But despite these turbulent times, savvy freelancers keep writing and publishing, searching out fresh outlets, shaking the trees for new assignments, and working their networks. The most creative manage to survive and thrive using a multi-platform approach, a mix of online and print journalism plus writing for trade publications and branded content. Creating a diverse portfolio is the best way for writers-for-hire to survive the shifting media landscape.

Here are eight more strategies to make sure you thrive:

1. Be an editor’s dream writer.

Before she became a full-time freelancer for mainstream titles like Real Simple, Good Housekeeping, Redbook, and Parents, South Bend, Indiana-based Jennifer King Lindley was an editor at New Age Journal in Boston (after she left, it was reincarnated as Martha Stewart’s Whole Living before it, too, closed up shop). So Lindley knows editors’ pressures from the other side of the desk and does everything she can to make their lives easier, not harder. “I get stuff in on deadline, no excuses. (Your editor doesn’t care about your root canal issues.) I reply to their emails as instantly as possible. I do a lot of reporting on a first draft as I know it is easier for an editor to cut than ask for more. If they want changes or revisions, I am flexible and accommodating: Do you want ketchup with that?” Whatever she most appreciated as an editor, that’s what she serves up now as a freelancer.

2. When editors move on, keep in touch.

Publishing is about relationships, so nurture yours and keep them strong. Says Lindley, “If an editor trusts you and your work, you can often move with her to her next title in the current musical chairs. I have been lucky enough to do that in several cases.” Case(s) in point: For three years, Lindley contributed parenting articles to Disney’s Wondertime magazine. When it went under, one of her editors moved to Real Simple and another to Allrecipes. Because of Lindley’s good track record, both editors signed her on to write for them again.

Meredith Maran, author of the recent memoir The New Old Me, had been supporting herself freelancing for most of her adult life. But after the double economic whammy of Sept. 11 and the 2008 crash, she had such trouble finding work that she took a full-time job writing copy for an online fashion company. When, after two years, that job ended, too, she did a massive email blast to every media person in her contacts to announce she was freelancing again.

As she recounts, “Over the next few days, I got a dozen responses from writers and editors across the country, people I’ve read, reviewed, fed, housed, and written for, and people who have read, reviewed, fed, and housed me.” Not only did she find out her writer and editor friends were going through major life changes themselves, but they also threw her some lifeline offers of work. Within a month she had a contract to edit a friend’s sister’s debut novel; within two months she was helping an actor’s widow write her husband’s biography.

Expand your circle of contacts by joining professional organizations like PEN, The Authors Guild, the National Writers Union, or, most to the point, the American Society of Journalists and Authors (ASJA). When Chicago freelancer Kate Silver joined ASJA, she connected with editors and found valuable assignments on its Freelance Writer Search board. Equally important: she developed a helpful circle of talented writer colleagues and made a number of close friends. “I’m so grateful that those friends are frequently a source of work, and we’re constantly referring editors to one another. If I’m too busy, I send work their way. If they’re too busy, they send work my way. It’s good writer karma.”

To expand your options when major magazine doors close, look for smaller, niche markets. Every industry from autos to zoos has its trade publications, and most universities offer quarterly magazines to their alums. Although the rates might not be as high as for glossies, the possibilities are almost limitless. Maran reports writing investigative pieces for the Brown alumni magazine (she followed one of her former woman’s magazine editors there), and Silver contributes to Worcester Polytechnic Institute’s alumni magazine, writing in-depth features (up to 2,000 words) “about alumni who are doing really cool things.” She’s also cooked up a side specialty writing about zoo animals for the magazines of the American Zoological Association and Chicago’s Lincoln Park Zoo. Polar bear mating habits, anyone?

For every print publication that dies, scores of online markets have been born. Some pay better than others, for sure (and some don’t pay anything at all), but they offer numerous ways to reach an audience, build a reputation, and attract an editor’s attention. Berkeley-based Nathanael Johnson, author of All Natural and Unseen City, freelanced for eight years before taking a full-time writer job covering food and agriculture for the online-only environmental publication Grist. Writing for online media can provide a writer with a national audience right out of the starting gate, he says. “It’s a faster elevator to where you want to go.”

For journalists who favor long-form writing, online media offers another perk: more room to say what you want to say. According to science writer Moises Velasquez-Manoff, “The evolution to 100 percent online is not fast enough.” The author of An Epidemic of Absence, a contributing opinion writer at the New York Times, and someone who writes for both print and online versions of Scientific American, Nature, and Nautilus, Velasquez-Manoff welcomes the extra word count he gets online. “There’s not enough space in print,” he says. “All editors want to cut, and writers want to write long.”

Branded content is the buzzy term for advertising or commercial writing for big companies’ websites or blogs. It calls for a freelancer’s dexterity and skills, and can help pay the bills between plum journalism assignments. Besides bylines in Saveur, the Washington Post, and Men’s Health, Silver writes regularly write for Pfizer, Hershey, American Express Open Forum, and others, mostly through sites such as Newscred and Contently. The topics and format vary depending on the client. For Pfizer’s GetOld.com, for example, she creates health and wellness pieces aimed at a consumer audience. “They’re really no different than the kind of health piece I would write for a newspaper or magazine,” she says. Recent stories have ranged from “Tips on Healthy Aging I Learned from Mom” to “Have You Seen a Dermatologist Lately? Maybe You Should.” For American Express Open Forum, she does 1200-word profiles of small business owners. As a freelancer, she thinks of herself as a small business owner, too, and learns from their successes and challenges as she covers them.

Lots of freelancers develop writing-related side-gigs to carry them through lean times or flex different creative muscles – helping another writer craft a book proposal or turning a mess of chapters into a book, teaching writing at a local college or continuing studies program, or, in my case, leading a weekly group of writers in my own living room. Lindley enjoys the change of pace and reach one/teach one of offering a section or two of writing at her local college. “If print publishing ever breathes its last, I can ramp up in that area,” she says.

Print publishing is not close to expiring, but it’s always good to have a safety valve.

Elizabeth Fishel has contributed to Vogue, O: The Oprah Magazine, Parents, Good Housekeeping, and Redbook, among others, and is the co-author of Getting To 30: A Parent’s Guide to the 20-Something Years.

Add to FavoritesYou have dreamed of being a self-published author. Hooray! But finding the way forward in the massive world of self-publishing can be daunting, … END_OF_DOCUMENT_TOKEN_TO_BE_REPLACED