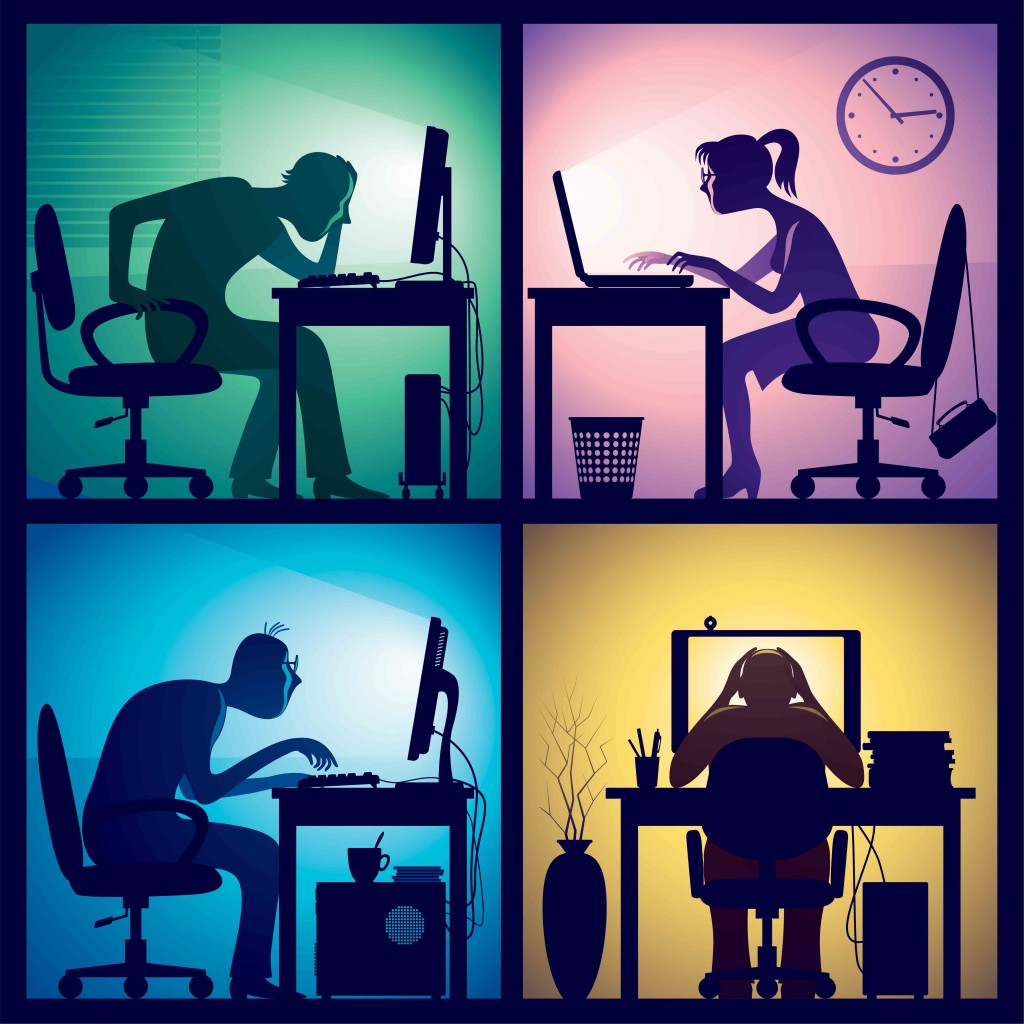 In the 2010 documentary Joan Rivers: A Piece of Work, the late comedy icon showed her biggest fear and, inadvertently, that of most new freelance writers.

Rivers pulls out a giant monthly planner, and turns to an empty page. “If my book ever looked like this,” she says, “it would mean that nobody wants me, that everything I ever tried to do in life didn’t work, nobody cared, and I’ve been totally forgotten.”

Other than overlooking “not getting paid,” the late comedian nailed the existential dread of downtime – for the uninitiated, that is. The experienced freelancer knows how to capitalize on the unoccupied hours so they yield opportunities, not roadblocks.

1. Generate your own assignments.

Judging your productivity by how much you write is a good way to derail your momentum.

“That’s one thing freelancers come to realize is that brainstorming and creating story ideas, writing them up, and pitching them is part of work,” says Nick Schager of Stamford, Connecticut, who contributes to many outlets, including The Daily Beast and Yahoo! Movies.

Sometimes an outlet will approach you with work, but waiting for editors to court you is a good way to get poor. Getting assignments “starts from your efforts,” Schager says: When downtime approaches, the brainstorming begins.

Schager cites social media as part of his source material to fuel his film writing. “It allows you to see what people are thinking and talking about,” he explains.

Staying curious and involved allows you to mine ideas from life, which blossom into successful pitches. This story is no exception. One early November day, I was bored and trying to keep my spirits from lagging. Fifteen minutes later, I was pitching this column to my editor at The Writer.

Freelancer Alex Wong, now based in Toronto after three years in New York, says he talks to friends and reads articles in slow times, but still makes a constant effort to think about his career. “The best use of downtime is still thinking about work,” says Wong, who has written for a host of publications, including GQ, The New Yorker, and VICE. “I don’t know if that’s sad, but I feel like it’s a non-stop process. Even downtime, it’s not really downtime.”

2. Reach out to old contacts.

Do this long enough, and you’ll work with many editors. Some of them you like a lot, but for whatever reason, lose touch. If things are slow, politely inquire if he or she is taking pitches or has an assignment available.

This tactic should only be employed with editors with whom you have a previous relationship. Asking a stranger to give you a job is not a good ice-breaker. “When I was an editor, I found [those types of requests] hugely annoying,” confirms Oneida, Tennessee-based freelancer A.C. Shilton.

“A lot of new freelancers end up working for free or having big gaps in their calendars, because they are focused on a couple of very high-profile publications,” Shilton says. “When I started, I didn’t actually end up having that, because I started on a really low local level.”

Every local newspaper she has written for has paid – and decently, as high as $200 a story. “They have a ton of content that they need to fill, so if you hit a big gap on your calendar, reach out to your local paper,” she says. “Because I can guarantee you they have a need for freelancers, they have budgets for freelancers, and it’s a really good way to get reporting experience across a wide array of subjects.”

Shilton, who has written for Outside, The New York Times, and Runner’s World, says these local assignments taught her how “to report and tell a story. The editors had a little bit more time to work with me.”

A visit to JournalismJobs.com or Freelance Writing Jobs might provide a jump. Even Craigslist has a lead or two every so often. But exercise judgment, and don’t linger. The internet remains a time thief. One minute you’re looking for jobs, the next you’re immersed in cat GIFs.

This took me years to do consistently. What if I miss that email? What if I don’t hear the phone ring? I can’t abandon my post should the muse finally arrive!

Ideas arrive when you engage in the world. Breaking away from the “normal routine” helps to refresh the mind, says Wong, who has his own go-to move.

“A lot of times, I like to go into the city and spend three or four hours walking around, going to different stores, neighborhoods. You’ll see a book, you’ll see a place, you’ll see ideas. Things will come to mind that you’re not really thinking about,” he says.

When she was on staff at a fashion magazine in Hawaii, Shilton would get an occasional story by walking the streets. She’d see what stores were opening, drop in to restaurants and ask what was new. Now, the two-time Ironman triathlon finisher wants to get a treadmill desk because, she says, “all of my best ideas come when I’m moving about or doing something.”

Wong, who takes spin classes, and Schager both endorsed going to the gym. So does science. A 2014 study from Stanford University featuring 176 college students concluded that walking indoors or outdoors boosts creative inspiration. Creative output increased by 60 percent when a participant was walking.

6. Take care of the work “peripherally related” to writing.

That’s what Shilton deems the “unglamorous tasks:” invoicing, reading magazines so she is better prepared to pitch, taxes. But that’s perfectly OK, she says, because it’s related to her business, so she’s moving forward. That time can also be used to tackle more personal projects. Most editors are lukewarm on pitches for essays. A chunk of free time is ideal for starting a draft you can send over later.

Before writing, Wong was an accountant sewn to the rhythms of corporate lifestyle. The switch to freelancing, he says, was liberating. “We can wake up, we can control what we do, what we’re not going to do during the day [or] during a particular week.”

Shilton sees the downtime as a benefit. “It’s OK to use some of your free time to do something non-writing-related,” she says. “There has to be a benefit to doing this job: It’s really high stress and it’s really low pay.” That keeps her energized for when she has to stay up late finishing a story – and just in general.

“I just can’t hammer out words every single day,” she adds.

Many freelance writers, new and old, fall into that trap and end up exhausted. It’s OK to take a breath and two steps away. The health of your business – and your own – depends on it.

Pete Croatto’s work has appeared in many publications, including the New York Times, Publishers Weekly, and the Christian Science Monitor. He lives in Ithaca, New York.