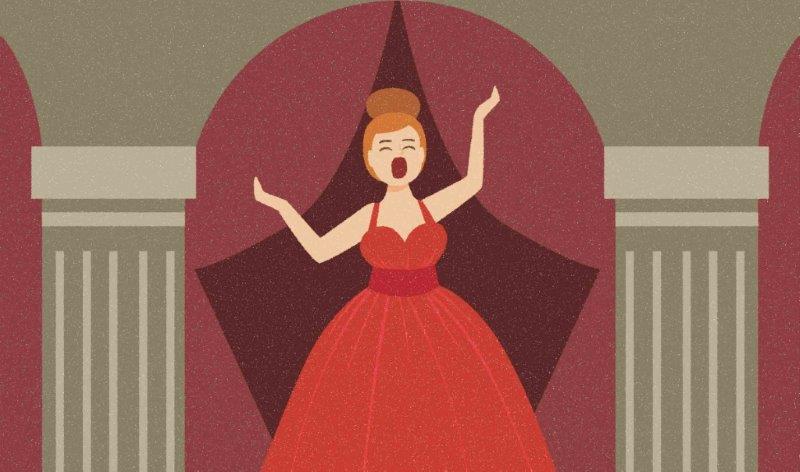 It was the perfect story with the perfect hook. Sarah (not her real name) was looking through a stack of jeans at The Gap, singing softly to herself. A man, overhearing, leaned in as he passed.

Little did he know, singing WAS her day job. She was a mezzo-soprano with the New York City Opera.

By the time Sarah told me this story, she had, in fact, quit her day job – to become a personal trainer in the small town of Chattanooga, Tennessee. Which is where I met her, in her privately owned gym, going quietly about her new life.

It was a story made for publication, and I knew it. I wrote up the query and sent it to several high-paying markets. Rather quickly, one bought it, and for more money than I’d ever been offered for a freelance piece. I was ecstatic.

I interviewed Sarah for two hours, after which I wrote up the story and submitted it. The editor wrote back and requested that Sarah recommend three simple exercises people could do at home for overall toning.

Which is when the slam-dunk assignment became the assignment I couldn’t even drag onto the court.

For reasons still unclear to me, Sarah did not want to provide three simple exercises. Only she didn’t tell me this up front. Instead she said she would get them to me in a few days, then didn’t. When pressed, she said it would be the following week. It wasn’t. When pressed again, she said she’d try to get something to me when she returned from vacation. Operative word: try.

I was confused. As a business owner with a bottom line, didn’t she want to be profiled in a national magazine? Wouldn’t it possibly bring in more clients? Hadn’t she been excited when I told her I’d gotten the gig to write about her?

The answer to all of those questions was yes. But she never got me those exercises. Faced with the prospect of telling the editor I couldn’t complete the assignment, I decided to solicit the advice of some professional freelancers I knew. And here’s what they said: Be honest. Explain exactly what happened. And offer to profile a different, equally interesting trainer.

The opera star angle was going to be hard to beat, I knew. But I had to try. I called my friend Tamara, a kickboxing instructor in Atlanta. Over the years I had watched her radically transform her emotional life and her body through life coach training and kickboxing. Could I profile her? And if yes, would she swear on the life of her children that she would give me three simple exercises people could do at home for overall toning? Yes and yes.

I contacted the editor, told her the problem with Sarah, and offered Tamara as a replacement. Did the editor cyber-roll her eyes and dismiss me as unprofessional, as I feared she might? (Years earlier, a bad experience with an editor with a rage problem left me feeling anxious about editors in general.) No, she didn’t. She wrote me back immediately, said she was sorry for the trouble I was having, and green-lighted the Tamara story. I almost wept. I wrote the story, sent it, and three weeks later, pulled my lovely large check out of the mailbox, at which time I almost wept again.

A month later, another assignment fell through. I was to write a piece about Day of the Dead in Oaxaca, Mexico, but I missed my flight due to a highway shutdown and wound up in Key West and Miami instead. I recalled the advice I’d been given, and the kindness of my last editor, and regrouped quickly. Where I went there was no midnight Day of the Dead Celebration in a graveyard, there were no cultural norms to adjust to, no language barriers to overcome, and no currency exchange to struggle with.

Address the problem head-on and in a timely fashion, and be ready with an alternative plan.

But here’s what there was: a dramatic, failed attempt to make the flight, heartbreak when I realized we couldn’t, and consolation tequila shots at the terminal. In Key West and Miami there were bucket cocktails and men in tutus, nitrogen ice cream, and a restaurant where they make you suck out the eyes and gills of the fish you’ve ordered before they will take your plate away. These were some of the details I sent to the editor who was expecting a Mexico story, along with a request to write about this alternative trip for the magazine.

To which she said yes.

Thankfully, I reached out and received good advice: Address the problem head-on and in a timely fashion, and be ready with an alternative plan. Will it always work? Maybe not. But in freelancing, as in life, honesty, professionalism, and resourcefulness are the way to go every time.

—Dana Shavin’s essays have appeared in Oxford American, The Sun, Fourth Genre, and other literary magazines. She is a columnist for the Chattanooga Times Free Press and the author of a memoir, The Body Tourist.

Add to FavoritesYou have dreamed of being a self-published author. Hooray! But finding the way forward in the massive world of self-publishing can be daunting, … END_OF_DOCUMENT_TOKEN_TO_BE_REPLACED