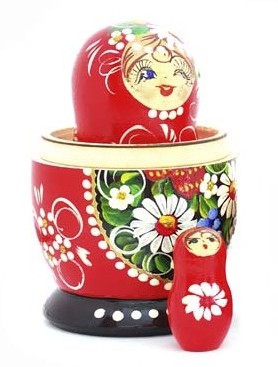 A few years back, Teri Cettina faced a common struggle that many writers come up against from time to time. She was trying to pitch the magazine Real Simple with a piece on how to treat kids’ common health ailments. How could she freshen up the evergreen topic and catch the editor’s attention? What would ultimately help her publish such a piece?

“I didn’t have anything really different about the content to pitch, so I tried to look for a way to package it differently,” says Cettina, an Oregon-based freelance writer.

She thought about the article as she imagined an art director would, asking herself if a “visual catch or theme” would make the content more clever. After a brainstorming session, Cettina came up with an idea to propose a charticle based on the classic board game “Operation.”

Her vision included a drawing of the human body with arrows pointing to body parts that would correspond with the ailments. Sections of text that gave more information and treatment options on each condition would stand out with a witty headline.

The editor fell in love with the concept, and Cettina landed the assignment.

Although she doesn’t come up with creative graphics for every idea, the strategy worked in this case and helped her get her foot in the door at the national publication.

“It takes more time than coming up with a generic story,” Cettina says. For her, packaging her feature story idea paid off and played a vital role in launching her career.

Cettina’s story highlights the importance of packaging – not just writing – a feature article. This involves suggesting a sidebar, graphic or other breakout box to enhance a piece.

An editor may not choose to use your packaging suggestions, or the publication may come up with those concepts in-house, but it’s smart to mention your packaging ideas in a pitch.

An editor may appreciate that you took the time to think through a complete packaging solution, because it’s one less thing he or she has to do. As such, the editor may be more likely to pick up a pitch that includes all the elements of a feature article, adds Cristina Goyanes, a former Women’s Health editor and current freelance writer living in New York City.

Flip through a national magazine and notice the presentation of dynamic features. Instead of showing only the main article’s text, other aspects enhance the story. This lets you tell the story through the article and gives the reader related details that complement the topic.

A feature in the July/August issue of Natural Health discussed using mind-body techniques to relieve chronic pain. In it, San Francisco Bay Area journalist and writing instructor Christina Boufis identified four ways to relieve pain, such as using guided imagery and moving meditation. Within each technique, she explained the treatments, incorporating recent studies on their efficacy and quotes from medical professionals. But she needed to go further, she recalls.

“I needed step-by-step instructions so that people could actually try it,” Boufis says. “The takeaway had to be that [the readers] could actually do it.”

Boufis listed instructions for testing techniques under the simple subhead “Try it.” Each step is a sentence or two, but it breaks up the text so it is easily scannable, and it gave her article a dual power: Not only could readers learn more about the strategies to reduce their pain, but she also gave specific directions on how to attempt the methods.

In my articles on MediaBistro.com, I often use a similar tactic. The feature-length pieces frequently include a specific number of suggestions to accomplish something, such as “10 Terms Every Freelancer Should Know” or “5 No-Fail Marketing Strategies for Freelancers.” In each section, I add some punchy, easy-to-scan tips.

In a recent piece, I went beyond the basic “Tip” header and used a “Potential Snag” and “Tip of the Trade” for each idea. It gave the reader practical insight into the roadblocks he or she may face in executing the strategy and followed up with a tip to overcome that challenge. The editor tells me she likes it when I get creative with short, concise tips, and she enjoys the headers I use to liven them up.

Coming up with a knockout story idea is tough. How do you figure out what to put in these additional elements? Think about the questions you’d want answered as a reader, Goyanes says. If it’s a story on a health issue, you may want to see statistics about a condition or find resources to help you discuss the matter with your doctor. A piece on how to budget for a family vacation may be even better with a sidebar of mobile apps for traveling with kids. These enhancements give the spread an additional service beyond the article’s reach, she says. They’re not stories on their own, but when paired with the feature, the packaging elements make it pop. It becomes an all-in-one source of information.

“It’s finding a home for something that doesn’t work in the main bar because you don’t want to disrupt the flow,” says Goyanes, whose experience in developing packaging elements came from working as an in-house editor.

Ready to pitch your package? Don’t focus too much on proposing story elements because your query needs to focus on the article itself and the letter shouldn’t be too long, Goyanes notes. A few sentences to explain what you’ll include should do the trick. If the editor wants more information, he or she will ask for it.

Writers who turn in queries with packaging concepts are able to demonstrate to editors that they are more than just writers – they are content providers and strategists. All editors appreciate writers who make the job easier.

Latina magazine recently approached Goyanes to come up with an eight-page feature. She collaborated with an editor, and they wound up with so many packaging elements that it turned into a 10-page spread. Goyanes says she worked with the editor to develop sources to create the elements. Doing so helped show her ability to investigate, interview and write – and showed the editor that she could handle strategy, too.

Think big, says Goyanes. And then distill those big thoughts into packaging elements that help tell – and sell – your story.

Kristen Fischer is a copywriter, journalist and author living at the Jersey Shore. Her latest book is When Talent Isn’t Enough: Business Basics for the Creatively Inclined.

Add to FavoritesYou have dreamed of being a self-published author. Hooray! But finding the way forward in the massive world of self-publishing can be daunting, … END_OF_DOCUMENT_TOKEN_TO_BE_REPLACED