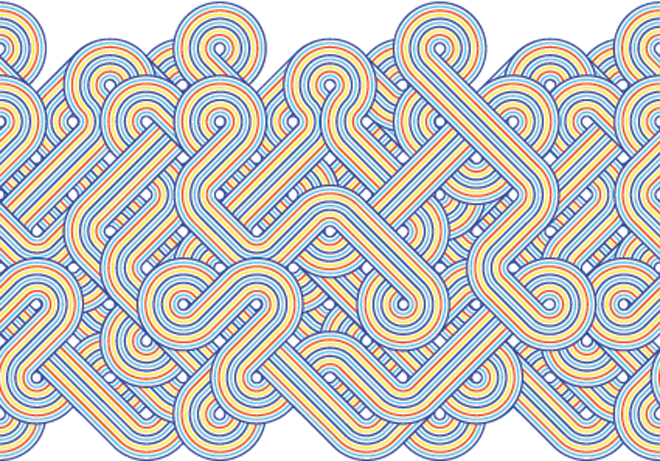 For many users of social media, the usual rules of writing are suspended. A tweet caps out at 140 characters, not exactly allowing for much nuance or depth, and a Facebook conversation might be reduced to a sentence or two, accompanied by a link to a YouTube video of cats playing the piano.

But to the professional, for whom social media and blogging can be powerful communication and promotional tools, “Good writing still counts,” says Mo Krochmal, who teaches the craft of writing for the web.

“Writing is much more informal in the digital world, but it’s still important: storytelling, being grammatically correct. Your headlines have to be enticing. But you have to be more concise and get to the point because you’re competing for people’s attention. Fifteen seconds is basically what you have; people will go to something else,” says Krochmal, executive editor and founder of the consultancy/strategy firm Social Media News NY and an instructor at Gotham Writers Workshop.

Krochmal himself came out of old-school journalism, starting as a sportswriter for small newspapers in North Carolina. He attended the Graduate School of Journalism at Columbia University and, in the early ‘90s, became interested in computers and digital photography.

He eventually found himself working as a technology journalist.

“I decided that’s where my future lay,” he says. When social media began to take off following the turn of the century, Krochmal stayed on top of developments and decided to teach other writers how to utilize these new digital tools to their advantage.

“It’s a marriage of text and media,” he says about creating content for today’s electronic devices.

It’s that latter part – the technology, especially the how-tos of incorporating multimedia (graphics, photos, videos, etc.) – that might scare off writers who just want to write or who may be technophobes.

It’s important, Krochmal says, for the writer to understand what differentiates an online post from a book or magazine article, but also he tells his students not to sweat that aspect too much.

Yes, he says, “you must have multimedia,” he says.

“When you include multimedia in your post or your social, it has a better chance of being read. I call them thumbstoppers. Most of the traffic now is going mobile; people are looking at your content on their phones. You want to keep them from swiping to the next thing. Multimedia does that.”

But, he adds, “That doesn’t mean that text is dead. Text is very much alive. When I teach my blogging class, I tell them it’s not a technical class. It’s really about craft and understanding. And the most important thing is to understand the audience. In fact, I make students do a persona; they have to tell me a little story of who their ideal audience is and write to that audience.”

Knowing one’s audience should be the determining factor in how to focus one’s writing for the internet, Krochmal adds. In a world where there are currently millions of new blog posts every day, where more than a billion people use Facebook alone, the only way to get noticed is to “niche down,” which he describes as fine-tuning one’s subject matter as narrowly as possible.

In other words, don’t create a blog about the entirety of classical music; instead, write about the Romantic period or the use of one instrument in the classical orchestra.

“Most blogs have an audience of one,” he says, bluntly. “It’s hard to get found. If you can get 1,000 real fans, there may be a business there. When you write a blog, you’re really creating a conversation. It doesn’t do any good to yell – nobody cares. If you can create a conversation, your chances fare much higher.”

One other important piece of advice Krochmal shares with his students might seem obvious but isn’t always: Don’t try to seek out a hole in the blogging or social media world and fill it if it’s something you don’t know or care about.

“Passion is really important, and that will be clear to your readers,” he says. “You should pick something you’re passionate about. You want to be comfortable in social media; desperation is not very attractive.”

As far as deciding which social media platforms a writer should use, Krochmal lays out the basics in a one-day intensive on social media.

“We go through seven platforms in six hours, teaching people how to present themselves on social, how to understand search engines and social media, sharing and how to pick a platform, and how to put their best foot forward.”

Again, he says, the most important factor in determining how to proceed is to “know your audience. What are they using? How do they get their news and information? You definitely need Facebook – a page, not your profile. I don’t advise people to post like mad on Twitter but it’s a great platform. If you’re talking to millennials, Snapchat is one of the places to be seen.”

Dynamic change is a hallmark of the digital media world, and Krochmal says it’s wise to keep up, but a writer doesn’t need to become an expert on digital developments.

“My job is to keep up on it, but that doesn’t mean everybody has to do that,” he says. “You don’t have to be on the front end of the curve but you don’t want to be on the back end either, going, ‘Hey, maybe I should be on MySpace!’”

Jeff Tamarkin is a freelance writer/editor. He lives in Hoboken, NJ, with his wife, novelist Caroline Leavitt.