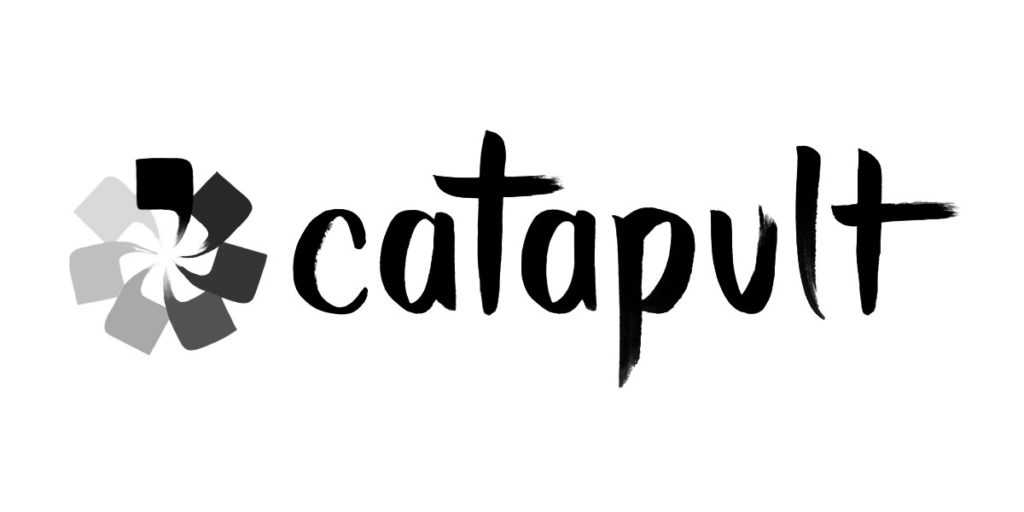 Catapult’s tagline reads “launching remarkable writing.” With that goal in mind, a team of editors, designers, and illustrators maintains a publishing house as well as an ongoing series of writing classes, an open online platform for sharing and networking, and a daily digital magazine.

Co-founder and CEO Elizabeth Koch explains on the organization’s website: “We created a storytelling zone with relatively few zoning laws, where the stories we publish in our daily magazine inspire stories you post in our Community section. Where Catapult Community members become Catapult class takers who become Catapult magazine contributors who, when it’s time to shop their manuscripts, maybe circle back to us.”

Subscribe today to The Writer magazine for tips, industry news, reviews and much more.

Editors at the 2-year-old literary magazine have a particular passion for showcasing the work of emerging and marginalized writers. “It’s why I wanted to get into digital publishing in the first place, so that underrepresented stories could be shared,” says editor Nicole Chung. “Across the company, we’re trying to promote understanding and encourage people to think about their own perspectives through narrative.”

She looks for diverse stories that promote community and empathy. “Storytelling is a great way to present empathy,” she notes. “It presents you with perspectives you wouldn’t have otherwise.”

One of these stories is Edmaris Carazo’s “Island of Debris: The Unofficial Toll of Hurricane María” (12/5/17). “It’s honest and raw,” Chung explains. “It’s great to see the reach that essay got by putting people there in the scene and showing them what everyday life was like after this devastating hurricane.”

Carazo begins her piece with this description from the frontlines of the disaster:

“As I write this, it’s been three weeks since my not-so-new-anymore-spouse, my two dogs and I quartered ourselves in the middle of a hallway. Barely a month since the roar that violently entered through our doors and windows – a long, persistent roar that tormented us for hours; a roar that was followed by a profound and desolating silence. A silence that was filled by an AM radio station. An AM radio station that only narrated bad news.”

Laura Dorwart’s essay “What the World Gets Wrong About My Quadriplegic Husband and Me” (12/6/17) struck Catapult editors as a sensitive and beautifully written piece about mutual caregiving. “She fields these loaded, offensive connotations by people who assume they understand her marriage,” Chung says of the writer. “People assume she’s her husband’s caretaker, but it’s the other way around. In many ways, he takes care of her. It’s great to see that piece being shared online; it’s such an important perspective.”

She also points to Samantha Sanders’ essay “Why Are Opioid Users Overdosing in Libraries, and How Should Librarians Respond?” (7/24/17) as an example of the reported, researched essays that she enjoys publishing. “Libraries are public spaces that belong to the community, and people there may overdose,” Chung says of Sanders’ piece. “Librarians are first responders – either formally, or on the fly, they have to learn what to do in a crisis. It’s much more common than I realized.”

In the piece, Sanders writes:

“In 2015, there were more opioid-related deaths – 33,000 – than deaths from car crashes. Many of the people being asked to respond in the moment – to think clearly and decisively in a life-or-death situation, and sometimes even to administer life-saving treatment – are librarians. But do we have a right to expect that of librarians? Do we have any choice?”

Chung particularly appreciated how the piece included interviews with librarians around the country about whether they felt they should even occupy the position of first responders – a question relevant to a conversation that the editors hadn’t really seen explored elsewhere.

Chung would love to receive pitches by people who have particular expertise because of their line of work. “I want more stories by experts and by academics in the field,” she ways. “If people already have these deep wells of knowledge, I’d love to share that with readers.”

She’s also interested in think pieces – particularly thoughtful pieces on popular culture. “This year was heavy,” she says about the submissions she received in 2017. “I’ve been seeing a lot of stories about grief, trauma, and loss. We’ll never stop taking those, but I’d love to see people looking outside themselves and their lives to create more outward-looking narrative, more reported pieces.”

Contributing editor Melissa Hart is the author the memoirs Wild Within: How Rescuing Owls Inspired a Family (Lyons, 2014) and Gringa: A Contradictory Girlhood (Seal, 2009). Web: melissahart.com

Want more profiles of literary journals like this one?