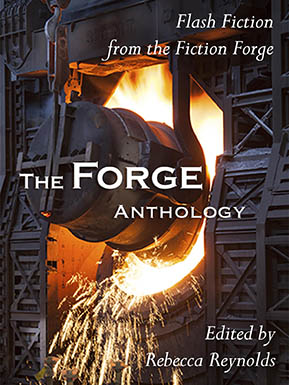 John Haggerty, founding editor of the 2-year-old literary magazine The Forge, worries about people who are forced to abandon their writing because of careers and family. To encourage and showcase their talents, he and his fellow editors launched the 2018 Forge Fellowship for writers over 50 years old. Winners receive $500 and the opportunity to read and edit for the magazine over a year. Forge editors offer a separate fellowship to a writer of color.

“We decided upon the two initial Fellowship categories because we want to be more active agents in encouraging and facilitating diversity in the literary community,” they note on their website.

Volunteer editors from the international writers’ forum “Fiction Forge” contribute their vision to this digital publication. A rotating selection of editors chooses one piece of fiction or nonfiction for publication every week. The website also includes “wish lists” from current editors.

Haggerty appreciates submissions that show a writer’s willingness to go to difficult and painful places. “That’s really where the art is,” he observes. “Nonfiction, especially, hinges on telling some sort of deep truth that you’ve discovered in your own life. That takes a lot of courage. When we see that, it really stands out.”

Sign up for our weekly newsletter, full of tips, reviews and more!

He sees that same sort of bravery in skillful fiction writing. “Since it’s invented, you have to have the courage to really inhabit that fictional piece, to bring something new into the world even though someone might say that it’s ridiculous and makes no sense,” he explains. “It’s a willingness to go to a difficult place, to do something that people haven’t seen before.”

“So I’m sitting there, in the deepest funk, flipping through the channels with the remote. Some made-up blonde shows up, talking about Russian women being sold as sex slaves. ‘Shocking story at eleven.’ I flip again, and another blonde appears, something unbelievable this time – some brother getting the shit beat out of him ‘cause he’s in the wrong neighborhood. These people on the TV don’t live nowhere ‘round here, I know that. Else they wouldn’t have the heart to be so damned surprised all the time.”

“The story doesn’t tie everything up in a nice bow,” Haggerty says. “But there’s something there that happens, and it feels like a profound shift and a reason to read that story.”

Forge editors published author Nahid Rachlin’s piece “Three Sharp-Edged Memories” (1/23/17), about a Persian woman revisiting three traumatic recollections of her childhood in Iran. Haggerty selected this particular piece. “It’s strong and visceral writing,” he explains. “It would have pushed me to the edge to write it.”

He also points to Natalia Theodoridou’s “The Emptiness Machine” (4/3/17) as the type of fiction he likes to highlight. The story begins, “You’d have thought it was a mad scientist who gave me the Emptiness Machine, but that’s not true. It was a poet.” He notes that the piece could almost be classified as speculative fiction, on the edge of experimental.

Generally, Haggerty and other editors at The Forge don’t publish genre writing – submit plot-driven ghost stories and zombie stories elsewhere. “But if a piece includes good characterization and a strong theme, we’d definitely be willing to print that,” he says.

Haggerty hopes that writers will pay particular attention to crafting powerful first paragraphs and thought-provoking conclusions. “A lot of times, we get stories going along really well, and the characters are good, and the piece feels like it might be emotionally resonate,” he explains, “and then it seems like the writers just trail off. They’ve written themselves into a corner and don’t know what to do.”

If a story concludes ambiguously, as Amiel’s “Rain” does, he wants to see that the writer deliberately intended to leave readers with a sense of unease and lack of resolution.

Forge editors appreciate shorter pieces, particularly flash and micro-prose. However, they will consider submissions up to 3,000 words. All pieces must be submitted anonymously via Submittable.

Readers hoping to have work published in The Forge can read prose selections for free on the magazine’s website. Additionally, an online department called “The Smithy” includes interviews with writers talking about their newly published pieces and announcements regarding the winners of the Forge Fellowship.

Add to FavoritesYou have dreamed of being a self-published author. Hooray! But finding the way forward in the massive world of self-publishing can be daunting, … END_OF_DOCUMENT_TOKEN_TO_BE_REPLACED