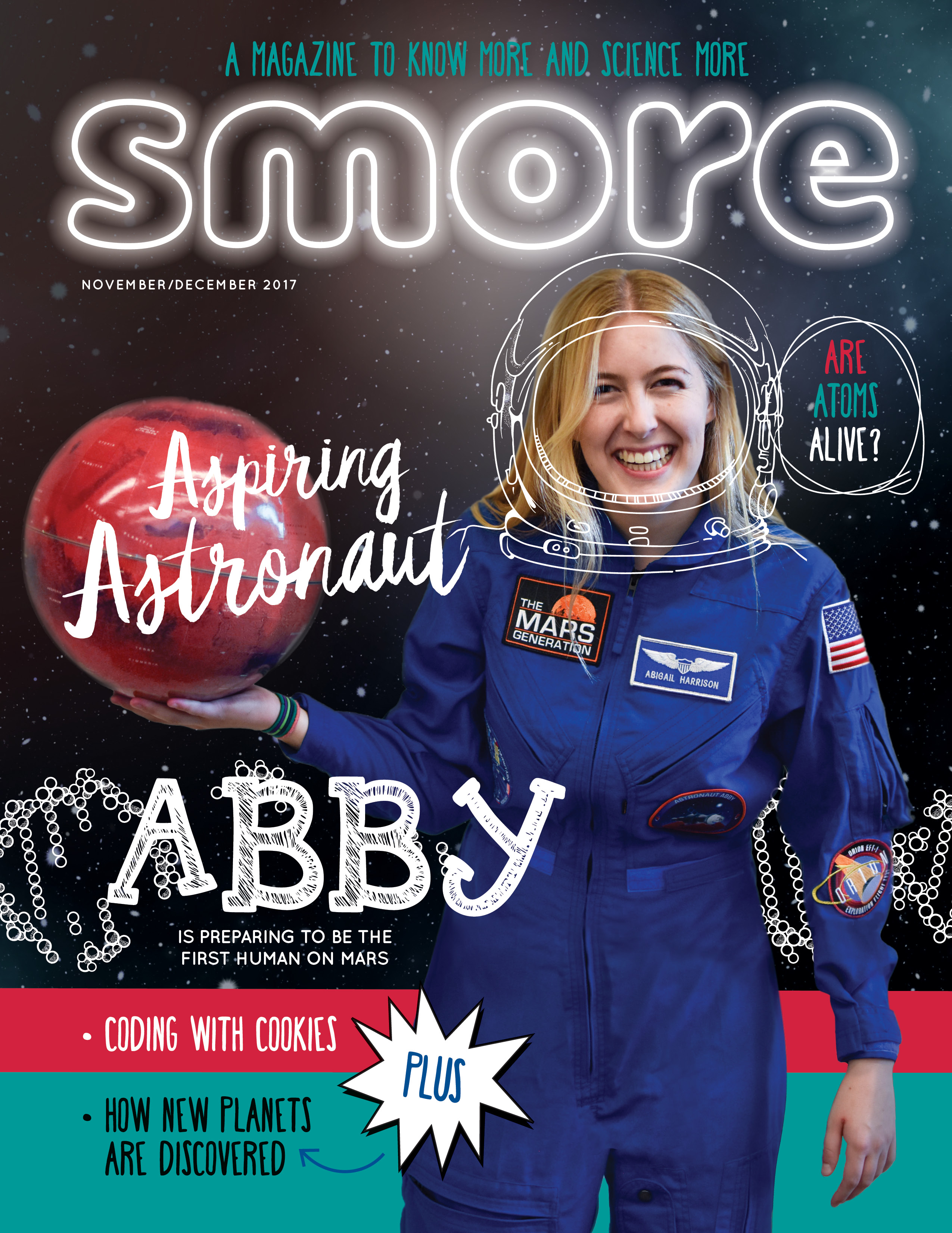 Scientist and educator Sarita Menon believes that in order to inspire kids to love science, you must provide them with colorful graphics and a bag of marshmallows.

Menon launched S’More, a comic book-style science magazine for girls ages 7 to 12, in 2017. A mother of two, she runs a science enrichment program for young students in Houston, Texas. “Any project we do, we always incorporate marshmallows,” she says. “I can never have too many marshmallow towers or design too many marshmallow shooters.”

A magazine lover as a child, Menon wanted to produce a scientific publication for girls that was both informative and entertaining. “Magazines and comics are great for reluctant readers,” she says. “Kids like to read things that are not too lengthy, and they like color graphics. If it’s fun, they will listen, and they will read.”

Concerned about the lack of women in scientific fields, Menon hopes that S’more will inspire girls to get excited enough about STEM subjects that they’ll pursue them in college. “I want to showcase female role models,” she explains. “Maybe if they see a woman who’s become an astronaut, they’ll know they won’t be out there on their own even if they’re the only girl in their computer science class.”

The magazine’s sections include simple experiments, profiles of teen girls involved in science, space flight and exploration, the latest relevant news, and trivia and jokes. The “Science Like a Girl” section highlights the women who’ve used science in unexpected ways. “She could be a world-class chef and use her food science degree to do something,” Menon says. “We take away the notion that it belongs in a university or institution, and explain that you can incorporate science in designing clothes, learning ballet, knowing where you’re going, cooking cool stuff. Tech and science are part of everyday life.”

Upcoming issues of S’more include a profile of a female-owned fashion design company that uses 3-D printing to make clothes and a story about an engineer who’s attempting to grow bones in her laboratory.

Contributors to the debut issue of S’more include science communicator Amanda Baker, graphic designer Olga Gonina, and scientist John Zakour. Clark Newman, aerospace engineer at NASA’s Johnson Space Center, wrote a piece for Issue #1 explaining how scientists launch a satellite into space. “He teaches kids in middle school about math and science, so I knew he was a good candidate to write this article,” Menon says.

The debut issue also features fisheries scientist and educator Allison Sayer’s “Meet the Mushroom Messengers,” a lively, illustrated explanation of the relationship between trees and mushrooms. Menon and educator Sarunas Girdauskas wrote and illustrated “Penicillin: a story of a cure from clutter” about Alexander Fleming’s discovery of the world’s first antibiotic.

Menon notes that it can be tricky to write science-related material for children. “It’s a challenge to break down a concept and provide an analogy or an example that’s simple enough that a kid can completely understand a concept,” she explains. “It really hones your writing skills, though. If you can explain something to a kid, you’ve understood the topic really well.”

She looks for writers who are excellent at crafting stories that hold a child’s attention. She’s particularly interested in profiles of women involved in science – pieces that give insight into the vast amount of work and the determination and passion that fuels their research. The second issue of S’More includes stories by women engineers and scientists about the challenges they’ve overcome to work in a particular field.

“When girls read stories like that,” Menon says, “it opens up their thinking, and they become more willing to try new things. We’re making science fabulous enough that our younger generation is going to sit up and take notice.

“It’s good to know how the world works,” she concludes. “They’re going to inherit it tomorrow, and they need to figure out how to face the challenges.”

Add to Favorites Advertisement First, before diving into tips and advice on helping your work stand out, I want to address the term “slush pile.” … END_OF_DOCUMENT_TOKEN_TO_BE_REPLACED