The literary magazine Storm Cellar emerged out of a friendship between writers Sidney Taiko and Benjamin Goodney, who initially launched it as a regional ‘zine for readers in the Champaign-Urbana area of Illinois.

“We get excited when we see a piece and experience something we haven’t experienced before,” Taiko says. “That doesn’t mean it has to be experimental. Sometimes, it’s just a person’s story, coming from a place we’re not familiar with, and it makes us uncomfortable or really thoughtful. That’s a good fit for us.”

Taiko and Goodney encourage writers committed to diversity in storytelling. On their website, they note that they’re actively seeking under-represented voices – especially people of color with a connection to the Midwest. “We’d like to hear from more authors who are indigenous, black and brown, gender-nonconforming, disabled, lgbtqia+, neuroatypical, fat, border-straddling, poor, and women writing beyond patriarchy,” the journal’s website reads.

Northern California writer Sarah Arantza Amador has work in Storm Cellar, as do Indiana writer Karol Lagodzki and New York writer Grace Q. Song. Poet, performer, and playwright Sea Sharp’s poem “The Tallgrass Shuffles” (Vol. 4: 2) won a Pushcart Prize. It’s a lyrical piece in which the wind warns an exuberant girl to be careful because the moon is watching her. “It’s a really impressive manipulation of language,” Goodney says. “It’s full of deep feelings, and it shows a perspective that you often don’t get to see.”

Other recent contributors include Ohio writers Christopher Santantasio and Negesti Kaudo, New York writers Chandra Steele and Tessa Yang, and Cyprus-based poet Christos Kalli. Dorothy Chan has a poem titled “A-List Celebrities and Chinese Immigrant Families” in Volume 7:2 of Storm Cellar. “I love how the poem invokes the challenging space where there’s both a loss and gain of culture when you’re living with multiple communities and identities,” Taiko says. “The piece is both lovely and engaging.”

“The simple, main bath, which is a wind-blown lagoon under the blue arms of a painted Mt. Fuji, is beautiful and absurd to my eyes, but it is nearly full, so I turn to the last tub, from which a lone woman, soaking in water up to her neck, raises a pink hand, and beckons me.”

Many readers have connected with Lindsay Reeve’s flash piece “Cake” (Vol. 8:2) about an interaction between a young woman working in a bakery and an irritable customer who harasses her. “Women in the service industry sometimes have this same intense experience of being talked down to and belittled because of your relationship to men customers, and the power dynamic expands and gets gross,” Goodney explains. “That’s what this piece is showing in microcosm, using these lovely details about working in a shop that sells cake.”

“It’s a layered piece that points to the complexities of working in the service industry as a woman, as I have done,” Taiko adds. “It calls quiet attention to minor atrocities. I love it when work we publish does that.”

Taiko and Goodney urge potential contributors to familiarize themselves with the work Storm Cellar publishes. “We want people to be able to see the work that we’ve put together in the past so they can get an idea if they fit,” Goodney explains. “If you, as a writer, feel like you’re taking a risk and stepping outside your comfort zone to try something new, we often like to see that. We encourage people who are doing things that feel strange and maybe dangerous to submit to us.”

That said, they’re wary of stories with a heavy male gaze and anything that strikes them as sexist, racist, or homo- or transphobic. “I would be happy if I never saw another story that starts with a random white dude drinking in a bar,” Goodney says. “We also avoid stories with tropes such as ‘fridging,’ in which a writer kills off a family member – a wife or girlfriend or child – as a male main character’s motivation to act.”

“Ben and I care very much about this thing that we’ve been doing for over a decade now,” Taiko says. “We get excited when a piece moves us in some way. Sometimes it’s something that’s extremely sad. Sometimes it’s funny, sometimes it’s just really weird and bizarre. We encourage people who are doing things that are interesting, dangerous – whatever thrills them – to submit to us. We love that we get to amplify those voices.” 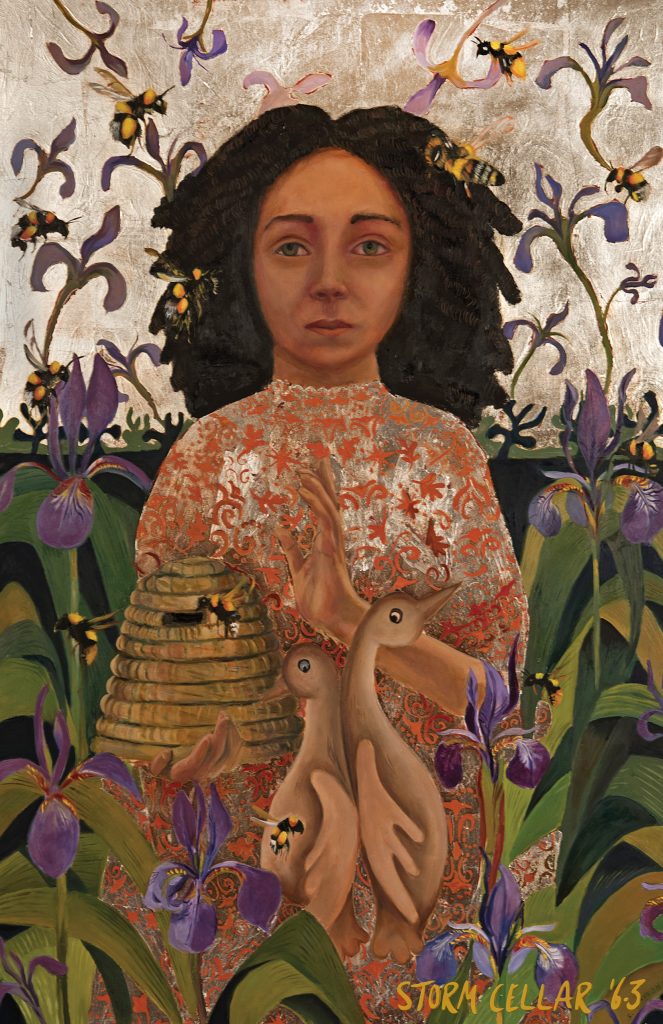 Storm Cellar at a glance

“We want to surprise and delight and horrify and provoke.”

—Melissa Hart is the author, most recently, of Better with Books: 500 Diverse Books to Ignite Empathy and Encourage Self-Acceptance in Tweens and Teens (Sasquatch, 2019). Instagram: @writermelissahart

Add to FavoritesYou have dreamed of being a self-published author. Hooray! But finding the way forward in the massive world of self-publishing can be daunting, … END_OF_DOCUMENT_TOKEN_TO_BE_REPLACED