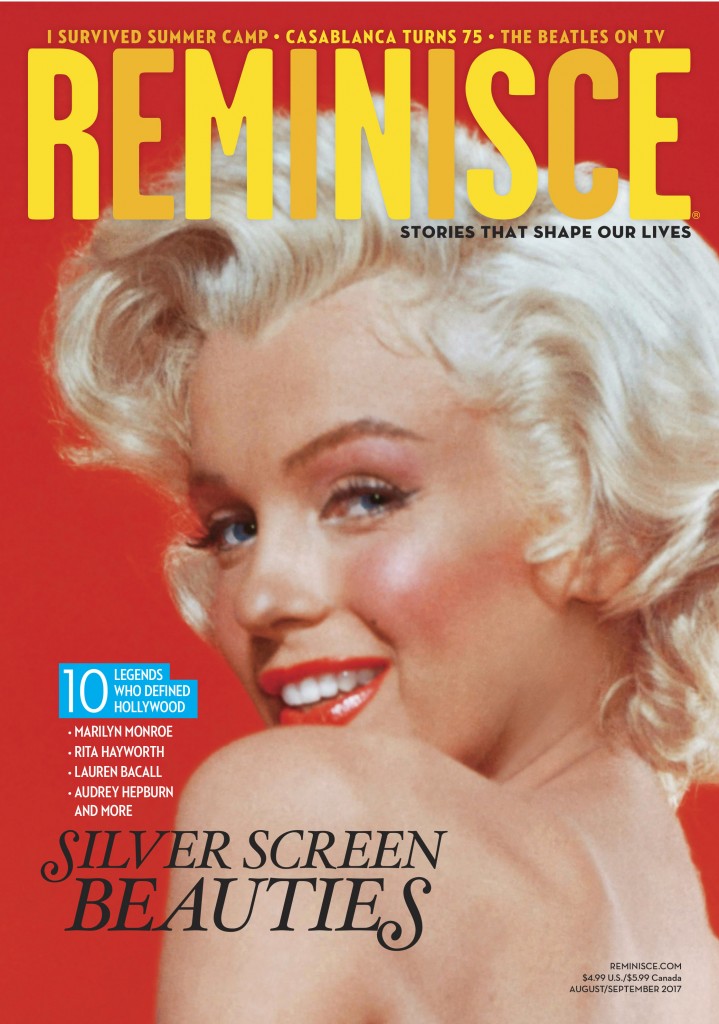 Reminisce Magazine, founded in 1991, is the go-to publication for a nostalgic look at the past through stories and imagery. Almost all of the content comes from reader submissions. “People love to share with us because we cherish their memories as much as they do,” says editor Linda Kast.

Submissions don’t have to include photos, but Reminisce readers appreciate pictures from the past, as well as vintage advertisements. For a sense of what staff like to publish, visit the magazine’s Facebook page to see black-and-white photos of Depression-era milk trucks, girls at a 1950s summer camp, and decades-old wedding photos. “Readers appreciate anything that takes them back to another place and time,” Kast says, “with a reminder of simpler days and a slower pace.”

Kast prefers first-person stories with an “I remember when” angle. She gravitates toward family anecdotes, seasonal memories, accounts of rare historical items, and memorable people in a writer’s life. She especially enjoys humorous pieces. “We try to keep it fun and positive,” she says. “But occasionally there will be a tear-jerker story; that’s part and parcel of recounting one’s memories.”

The magazine has several departments, including “Growing Up,” “Our Heroes,” and “Close Encounter.” The latter focuses on accounts from people who knew a celebrity before he or she became famous. One of these stories appeared in the June/July 2017 issue, focusing on a father’s relationship with professional boxer Jack Dempsey.

The August/September 2017 issue features a cover story on Hollywood legends including Marilyn Monroe, Lauren Bacall, and Audrey Hepburn. There’s also a round-up piece titled “I Survived Summer Camp,” a story about watching the Beatles on television, and a meditation on the 75th anniversary of the classic film Casablanca.

The August/September 2017 issue also includes an article about the pen pal relationships between civilians on the homefront and soldiers overseas during World War II, the Korean War, and the Vietnam War. “Some pen pals ended up meeting and marrying,” Kast says. “This article talks about how various people shared their emotions through writing – what a great story, especially with the prevalence of cell phones and the lost art of the written letter. It’s very heartwarming.”

In the same issue, she publishes Arthur Willman’s story about contracting polio in 1953, before vaccinations, when he was 7 years old. Doctors put him in a hospital ward with an iron lung, and he had to remain there for his eighth birthday.

“You can imagine how a kid’s spirit could be crushed,” Kast says, “but his mom and dad bought him this cowboy outfit, and he made all the doctors and nurses in the hospital laugh. He includes a photo of him in the outfit. He actually went on to learn to play baseball on one leg and became the team captain. It’s a feel-good story.”

Potential contributors can log onto the magazine’s website and easily submit stories and photographs through an online form. Submissions may be edited for length. Kast uses freelancers for round-up articles and the front-of book-section, including a “time capsule” department in which a writer details between 20 and 30 events that occurred during a particular year.

“We also do a periodic call out for submissions,” Kast says. “We might say we’re going to do an article on pets or one on breakfast cereals. Remember when they all had toys and games inside the box, and you saved box tops for decoder rings or a bike reflector or a little doll?”

Kast urges potential contributors to write with plenty of detail. “Often, we’ll get submissions and they all sound the same,” she says. “’My mother was a great person, and she was wonderful to me. I loved her.’ Where’s the story? Everyone loves their mother; we need details and a specific incident that shows the story instead of merely telling me she was great. Make me feel how you felt.”

Contributing editor Melissa Hart is the author the memoirs Wild Within: How Rescuing Owls Inspired a Family (Lyons, 2014) and Gringa: A Contradictory Girlhood (Seal, 2009). Web: melissahart.com.

“The nation’s premier nostalgia magazine, Reminisce celebrates what we loved then and how it shapes our lives now.”