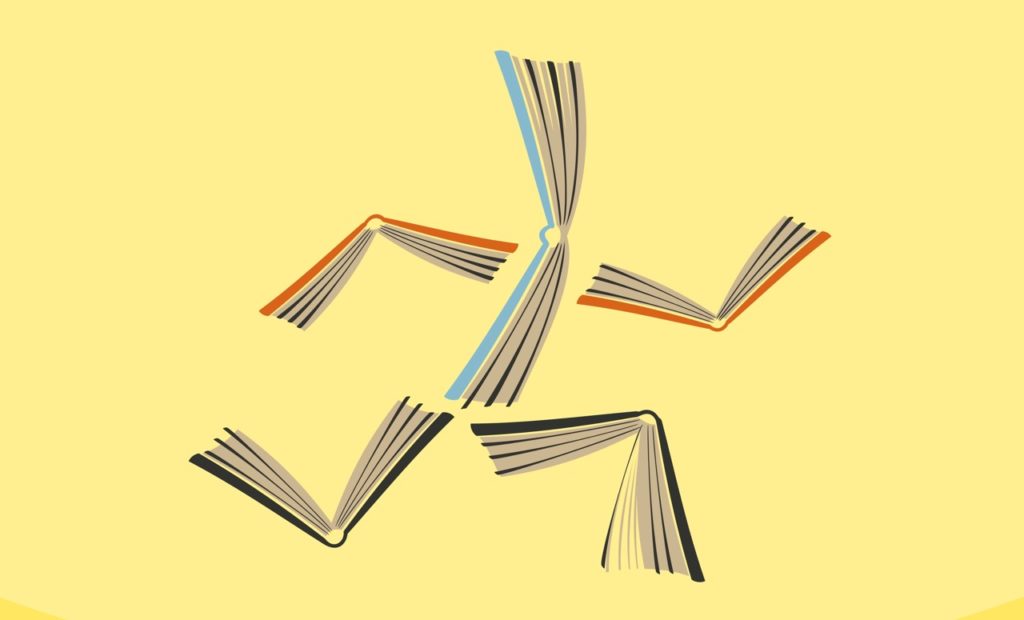 So, who do you write for?” asked a man across the table after he ordered chicken wings.

I was on the eighth of 15 stops on an 11-week book tour promoting my memoir, Running: A Love Story. Since my book is about running, my events weren’t at bookstores but at running stores. In most places, I’d run with a group, talk about my memoir, and then sell some books. It was fun, guaranteed an audience, and helped me get in part of my daily running mileage at the same time.

At this venue, though, they’d skipped the talking part and told me I should play trivia instead. Since talking usually leads to selling, and I hadn’t done any talking, the table behind me held a box of books that was as full then as it was when I put it in my car and drove more than an hour to this windowless bar in the middle of nowhere.

“Sometimes,” I replied and took a sip of water because, while I desperately wanted to slam three shots of tequila, I had over an hour of driving ahead of me

“You know who has good long pieces?” he asked. “The New Yorker.”

“Do you write for The New Yorker?”

At first I couldn’t tell if he was kidding, but he looked at me, mid-sip, dead on. He was not.

He cut me off.

“I guess it takes a certain caliber of writer to write for The New Yorker.”

Every author has stories like this: tales of no one showing up, potential buyers saying dumb or even hurtful things, of hecklers, snobs, and bores. Before one book event, someone recognized me at the hotel pool and poked my arm to make sure I was real.

I did sell a lot of books on the road, but tours can be exhausting, especially if you’re like most authors and are responsible for everything, from getting books to the venues to figuring out where you’ll sleep – even if it’s on a friend’s futon.

Here are five things I learned about planning a productive, lucrative, and fun DIY book tour.

Tips for planning your own DIY book tour

1. Your publisher may give you money for a book tour – but you’ll have to stretch it.

When my publisher told me how much they’d be willing to spend on my DIY book tour, I created a long list of everywhere I wanted to go…but once I factored in flights and hotels, I realized that money would go fast. I stretched the budget by doing a lot of events that were local or accessible by train, sleeping on friends’ couches, and paying for some of the costs myself. For example, I didn’t ask my publisher to reimburse me for food, subway passes, or coffee (and there was a lot of coffee). When I tallied the cost of my spring tour minus those expenses, I realized I had enough left over to head out again in the fall. If your publisher doesn’t outright offer to pay for a tour, ask – or do what I did and have your agent ask for you.

2. Bookstores may not be your most logical target.

I love independent bookstores, but I knew I’d find a bigger, already-built-in audience at running stores because most host at least one regular group run a week. I’d try to do my book event during one of those groups runs, and I’d often sell copies to people who’d never heard of my book but liked what they’d heard when I did a short reading after.

When I booked an event in Flagstaff, Arizona, Team Run Flagstaff set up a Facebook page for the event, sent out a press release, and arranged media interviews. The organizer even baked cupcakes for the reading – and tweeted pictures of her baking them. The result? Lots of people came (even someone visiting town from New Zealand), and I nearly sold out of books that night. When you’re considering possible locations, take a peek at how they promote events. If they don’t promote them at all, you may want to find another venue.

I set up my spring book tour at the same time I was training for the New Jersey Marathon. This was a mistake. I ended my DIY book tour stressed out, exhausted, and nursing a concussion (I had a nightmare about runners stabbing me and hit my head on my headboard in the middle of the night). While it’s tempting to jam in as many events as possible while your book is shiny and new, it’s important to take care of yourself, too. That’s why, when I set up a fall book tour, I stuck closer to home for most of it: most of my events were within a half-hour’s drive of my house, and I only planned one big trip (hitting Portland, Seattle, and Flagstaff) so that I would spend just one week on the road throughout the whole tour.

It was easy to get bogged down by the weariness of a lot of travel, but I tried to have fun, too. I set up some events because of the crowd of runners they’d draw – like my Boston book signing the weekend of the Boston Marathon – but I also chose spots I wanted to visit anyway. While in Flagstaff, I hiked part of the Grand Canyon. I spent three nights in a tent off the Blue Ridge Parkway before my book signing in Asheville, North Carolina. I ran the Portland Marathon while in Portland. These are things I may not have done if a book event hadn’t drawn me to those cities, so even though I paid part of my tour expenses myself, I had plenty of fun, too.

Jen A. Miller is the author of Running: A Love Story.

Add to FavoritesYou have dreamed of being a self-published author. Hooray! But finding the way forward in the massive world of self-publishing can be daunting, … END_OF_DOCUMENT_TOKEN_TO_BE_REPLACED