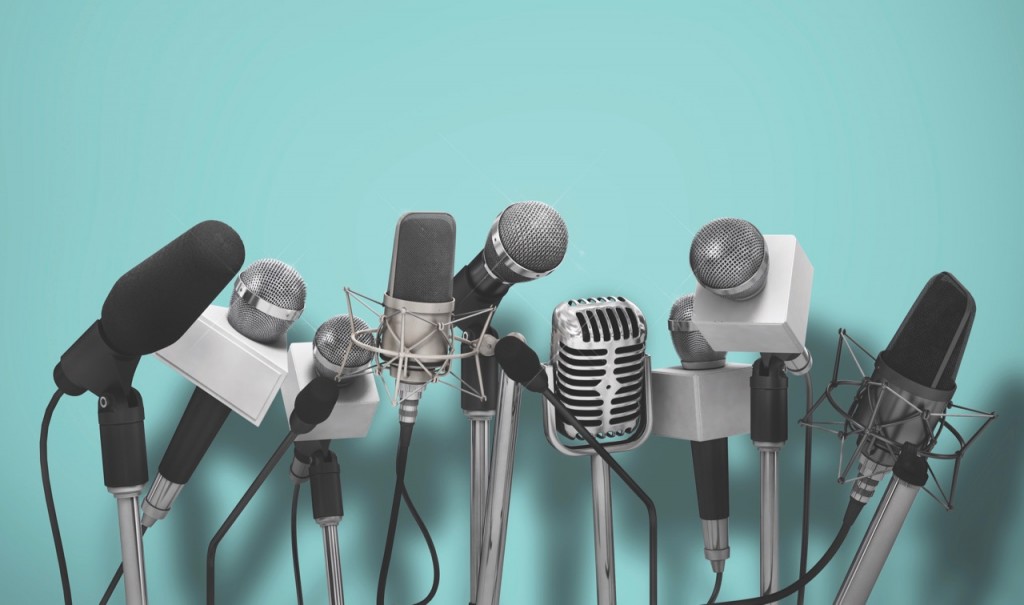 We’ve all heard the stories: Even if you land a deal with a major publisher, you’ll be expected to help with – or even assume the bulk of – your book’s publicity. In-house publicists often juggle dozens of clients with books released in the same season. They simply don’t have time to pitch and re-pitch your work to Oprah and The Today Show. Under these conditions, how can you as an author hope to attract the national media attention so vital to book sales?

Some writers respond to the challenge by becoming their own publicist. They build a professional website, manage three or four social media feeds, set up their book launch and blog tour, and spend a great deal of time contacting reviewers and media. Other authors, unwilling or unable to take on these duties, end up hiring an independent book publicist.

A skilled public relations person can tailor a book pitch to hundreds of media contacts in a carefully cultivated database. Some authors find it well worth thousands of dollars to hand off the burden of marketing to a professional skilled in crafting and implementing a book campaign. Many find that the resulting television and magazine appearances translate into sales, which mitigate the costs of publicity.

Thinking about hiring an independent publicist? To get you started, here’s an overview of five publicists, including their genre preferences and success stories, plus their best advice for authors.

Marsha Friedman recalls a particularly successful campaign for anger-management specialist Janet Pfeiffer, author of The Secret Side of Anger. “Within a month of the launch of her campaign, Mel Gibson went on an anger-fueled rant that drew tons of media coverage,” Friedman says. “Around the same time, a JetBlue flight attendant became so upset with a passenger that he cursed out the entire plane on the public-address system, then activated the inflatable emergency evacuation slide and slid down it. As you can imagine, our client’s expertise was in great demand.”

Pfeiffer ended up with a great deal of media coverage in print, radio, and TV. “What’s more,” Friedman says, “her success with the media boosted her credibility, and she landed numerous speaking engagements and has since published more books.”

Friedman looks for clients with books relevant to public interest. One of her newest clients, Jeannette Bajalia, works as a retirement-income planner. Her book Wi$e Up, Women!  A Guide to Total Fiscal and Physical Well-Being underscores the importance of life planning with respect to financial, physical, mental, and spiritual health.

“She has a very timely message for young women, as well as working women who are facing retirement and baby boomer women who have recently retired. It’s a great message for a broad audience,” Friedman explains. “And as women manage 62 percent of all the wealth in the United States and drive about 80 percent of consumer purchasing, they are a target audience for so much of the mass media who will embrace her message.”

Message is important to Friedman when she’s evaluating a potential client. As well, the author’s credentials need to support the topic about which he or she will be speaking, especially if the book is nonfiction. She prefers authors to have a personal website or a website for the book. “That helps lend credibility and also gives the audience a place to go to learn more about both the author and the book. In addition,” she says, “I’m interested in whether the book is easily available on Amazon or on barnesandnoble.com, or whether it can be purchased in brick-and-mortar book stores.”

Written a book with a focus on health, diet, or nutrition? Teszler PR, run by Barbara Teszler, has developed campaigns for Mind Your Body, by personal celebrity trainer Joel Harper, and Body Confidence, by celebrity nutrition and fitness expert Mark Macdonald.

“This is a book campaign that may very well turn into something much bigger and shift the national conversation,” Teszler says. “Dr. Zitter risked her career by opening up her ICU to the world in the Tribeca best documentary short winner Extremis, and I am so proud to back her up and prove to the world why we need to talk about the end of the life before it’s near, not here. Having the potential to effect change in the world is one of the most exciting components of PR.”

Teszler notes that top-tier media outlets lean toward authors published by Penguin Random House, HarperCollins, Simon & Schuster, and Hachette Book Group. Published with a smaller house? Build your social media following. “Writers hoping to hire an independent publicist should work on building up their social media platforms by engaging with their audience and being organic, because everyone is looking for an authentic, real connection,” she says. “Being the first, best, or only person doing something makes the sell a lot hotter as well.”

Teszler recommends that authors sign up as a source for Help a Reporter (helpareporter.com) to build media coverage. “Having prior media helps your publicist leverage the next big thing for you,” she explains.  “Lastly, land pieces in outlets like national newspapers, The Huffington Post, and Forbes. That will also help new authors get their name out there and build a following.”

When Kevin Trudeau self-published his book, Natural Cures “They” Don’t Want You to Know About, in 2005, he hired The Blaine Group, Inc., to assist with his bookstore launch and subsequent media tours. He received coverage on The Today Show and The O’Reilly Factor and in Publisher’s Weekly, USA Today, and hundreds of other outlets. Eventually, 5 million copies of the book sold. “Trudeau was not afraid to be highly controversial,” explains founder, president, and C.E.O. Devon Blaine. “Press always love outspoken, edgy clients. I believe that worked in his favor where getting coverage was concerned. The trick is to not go over the line…‘tis a fine one!”

Now in its 30th year, The Blaine Group has developed campaigns for numerous best-selling New York Times authors. “In speaking with potential clients, we look for the author’s passion, newsworthy angles, and work to customize a campaign to suit the topic, author’s requirements, and budget,” Blaine says. “Every author, every book is different. We design the campaign accordingly.”

He advises potential clients to ask independent publicists about their experience – not just with books, but with subject matter. “Client and media references can both be illuminating,” he adds. “Seeing the press materials used for another campaign is also a good idea. Perhaps also the itemization of coverage garnered, clips of TV appearances, radio interviews, print articles, online exposure. Is there a clear-cut plan and timeline, or just a generic, one-size-fits-all approach to the campaign?”

Authors should know with whom they’ll work directly – an individual or a team. “Of course, the client should experience rapport with the people who will represent him/her,” Blaine concludes.

Liz H. Kelly, founder of the boutique book marketing agency Goody PR, pitches media outlets constantly with story ideas that are both seasonal and relevant. “For example, it’s important to talk about taxes year-round for small-businesses for one or our clients,” she explains. As a result of hundreds of interviews, the client – Tom Wheelwright, author of Tax-Free Wealth – once had over 900 books on back-order on Amazon.

Two more of her clients, Josh and Lisa Lannon – co-authors of The Social Capitalist – focus on providing addiction and post-traumatic stress disorder treatment (PTSD) for veterans, topics frequently addressed in the news. The book focuses on how to build a business for profit and for good. The Lannons, self-described social entrepreneurs, founded Warriors Heart – a healing center focused on serving veterans, military, law enforcement, and first responders struggling with drug/alcohol addictions along with PTSD and/or the psychological effects of traumatic brain injury.

Kelly regards books as less a generator of significant revenue and more “the business card in the door to attracting more clients and speaking engagements.” She considers herself more of a brand strategist rather than a book publicist.

“What we do is work with clients to develop a powerful brand story 24×7 that goes way beyond the book,” she explains. “We like to dig deep into their WHY behind the business and the book to tell their story in a way that breaks through the ‘noise.’ Our clients are primarily in finance, healthcare, tech, and entertainment, and they all have adopted charities and/or built foundations to give back.”

Most Goody PR clients work with her for up to five years. “It’s hard to get momentum on a book PR campaign in three to six months with the media. We believe PR is a marathon versus a sprint,” she says. “We’re always looking for ways to make our clients heroes and make the world a better place.”

The first book Lynda O’Connor, co-owner of O’Connor Communications, Inc., ever promoted – Cuss Control: The Complete Book on How to Curb Your Cursing – won several national awards for the best book publicity of the year. Written by her husband and business partner James V. O’Connor, the book became a media sensation.

“We had to buy two cell phones to field all the calls that were coming in,” says Lynda O’Connor. “James was on Oprah, CNN, The Early Show, The View, CBS Sunday Morning, The Today Show, The O’Reilly Factor, and more than 312 other TV programs and 800 radio shows from around the world, and featured in 723 newspapers and magazines.”

Lynda O’Connor attributes the success of this first campaign in part to the book’s unusual topic – why people curse and how to stop. “The book was the first to discuss the cure for the common curse, and the media went wild,” she says.

The O’Connors look for nonfiction books that are both well-written and unique, on a topic that will resonate with the public. “If there’s a way to tie the book to a celebrity or a new innovation, that’s great,” Lynda O’Connor says, “but a wonderful memoir which inspires and captivates the reader will get our attention.”

One such memoir is Tony Vanderwarker’s I’m Not From the South, But I Got Down Here As Fast As I Could, the story of a high-powered advertising executive who lost his job in Chicago and relocated his family to the small rural town of Keswick, Virginia. “He tells a series of hysterical stories about country living, the frequent parties, the eccentricities of some of the inhabitants, and how his family fit comfortably into the community,” says Lynda O’Connor. “It’s wildly entertaining.”

Her team looks for energetic, social media-savvy authors who are comfortable with doing interviews at any time of the day or night. “Our advice to anyone writing a book is to know who your target audience is and be aware that most publishers provide very little or no publicity support,” she says. “Even the big publishing houses like Random House and Simon & Schuster love it if you hire an outside PR firm to assist them with your book because they act as extra arms and legs for the publisher. Publishers expect the authors to do a lot of work themselves or hire a book publicist.”

Contributing editor Melissa Hart is the author of two memoirs and a YA novel, Avenging the Owl. She’s a co-founder of Creator & Collector Services. Web: creatorcollector.com.

This Instagram journal is devoted to sharing “stories of the things we keep to keep our dear dead with us.”

Are certain bylines more likely to lead to other bylines or opportunities? We spoke to writers and industry professionals to find out.