I was lying on the sofa with my husband and my dog, watching the Golden Globes. The text came from Alle Hall, former senior nonfiction editor at jmww journal. The nomination was for my 2019 essay “The Light of Day is a Crucible.” I was stunned. I was excited. And I was very, very grateful.

Like many writers I know, I’ve written most of my life with the shitbird of defeat hovering nearby. The shitbird, as Philip Schultz, creator of The Writers Studio, describes it, is “…a black bird that perches on our shoulders whispering perverse, ugly things” about our writing abilities. A Pushcart nomination, even one that did not result in a win, might just interrupt the bird’s negative flow of chatter, I thought, or at least help me trust my own writing process a bit more.

I didn’t say anything about my nomination on social media for three days, in case Hall had second thoughts and decided to un-nominate me. On the fourth day, I posted my news on Facebook. And the shitbird hit the fan.

“I’ve been nominated multiple times,” she wrote. “You should be proud but you shouldn’t publicize it.”

Not only did that sting, but it also opened the way for a gusher of shame, the feeder system for which was every past minor and major accomplishment about which I’d ever crowed, no matter how softly. But was she right? Is a Pushcart nomination the literary equivalent of the pink fifth-place ribbon every child who didn’t win first through fourth place receives at the end of a horse show? (God knows I have plenty of those.)

Rather than take my sister’s word for it, I decided to nose around a bit online and talk to other Pushcart-nominated writers – some who have won and some who haven’t – and ask: Did a nomination without a win mean anything to them in terms of self-esteem, shitbird-wrangling, and career trajectory? I also wanted to talk to a few editors of small presses and find out the process by which writers are nominated. What are the thought processes that go into a nomination? What are their thoughts about how nominations – with and without wins – help a writer’s career? Should a writer mention a nomination that did not result in a win in their submission cover letters? And what about those writers who go on to actually win a Pushcart: What’s the effect on their writing career?

The Pushcart Prize Anthology was founded in 1976 by Bill Henderson, along with a group of founding editors including Paul Bowles, Ralph Ellison, Joyce Carol Oates, and Reynolds Price. Its mission was (and is) to celebrate the best work coming out of the small, independent presses each year. Editors may nominate up to six pieces in any genre from work that appeared in their pages that year, after which a panel of previous Pushcart Prize winners and editors select the winners. Since the prize’s inception, more than 2,000 writers and 600 presses have earned the honor; past winners include Kwame Dawes, Mona Simpson, Rick Bass, Toi Derricotte, Steven Barthelme, Raymond Carver, and Kathy Acker. There’s no question that among writers and editors, the Pushcart Prize is highly revered; in addition, it can bring recognition not only to the writers who win but also to the small presses that published the winners.

So what about the writers who are “only” nominated? For these folks, John Matthew Fox, former editor of the Southern California Review and the author of I Will Shout Your Name, had a message. In 2011, he wrote a post on his Bookfox website titled, “Open Letter to Pushcart Nominated Folks.” It was the first hit that came up when I googled (possibly through my tears) “Is a Pushcart nomination meaningless?”

“Dear Writers who post resumes/bios with ‘Pushcart Nominated,’” it began. “Stop. You’re embarrassing the literary community. You’re embarrassing yourself.” Fox cited the numbers: with 1,800 journals (a conservative estimate) nominating six writers apiece, this means at least 10,800 writers are nominated every year. (A little more digging revealed that it’s easier – way easier – to get a Pushcart nomination than to qualify for the National Spelling Bee, in which you will compete with 11 million people for just over 500 chances to spell “Feldenkrais.”)

Fox went on: A Pushcart nomination “only looks good to people who don’t have the slightest clue how the [Pushcart] Prize works.”

He was right about the fact that while many are nominated, it’s the rare writer who actually goes on to win a Pushcart Prize. The 2020 edition, for example, features the work of just 70 writers. So should I – and my roughly 11,000 co-nominees – just shut up about it already? That depends largely on whom, besides Fox, you ask.

Lisa Marie Basile, founding editor-in-chief and creative director of Luna Luna Magazine, believes that writers should absolutely celebrate their nominations. In her 2017 post “Every Single Reason You Should Brag Your Pushcart Nominations,” she points out that there are some writers for whom having a voice is unthinkable in their own country, and a Pushcart is a kind of recognition they might never have dreamed of achieving. Even if they haven’t been marginalized or quieted, says Basile, “…maybe we should celebrate the fact that other people on this planet see and feel something in our work.”

Maybe writers should celebrate a nomination simply because it makes them feel heard, and maybe as a result of feeling heard, their writing will blossom in new, important ways.

Maybe a nomination came after their piece was rejected and re-written a head-banging number of times. Or maybe it’s just affirming that someone saw the beauty in a line break they agonized over. Maybe writers should celebrate a nomination simply because it makes them feel heard, and maybe as a result of feeling heard, their writing will blossom in new, important ways.

Dr. Amanda C. Niehaus is a biologist and author of the novel The Breeding Season (Sydney: Allen & Unwin, 2019). She lives in Queensland, Australia. In what seemed like a bit of lightning striking the same place twice, she was nominated for two Pushcarts in 2017: by AGNI for her lyric essay: “Breakup Tips” and for “Pluripotent,” a “personal/scientific/historical braided essay,” which appeared in Creative Nonfiction.

“I was elated,” she says of the nominations. “I am a scientist by training, and I began taking creative writing classes in 2014 to expand the ways I could write about science, change, and resilience. I published my first piece in 2015, so it was a massive confidence booster for me to have my essays published in Creative Nonfiction and AGNI just two years later, much less have both pieces nominated for a Pushcart Prize.”

While she was disappointed neither of her pieces ultimately won, she says the nominations changed her relationship to her writing. “They validated my career choice to move away from science, and into creative writing about science,” she says. And because she lives in Australia, where folks don’t necessarily know about the Pushcart Prize, she explains what it is and mentions her nominations in cover letters and queries if there is space to do so. “These are great journals,” she says, “and to be in their top six for that year still blows my mind.”

Rebecca Cook is a 2009 Bread Loaf Scholar and the author of two poetry chapbooks. She has been nominated for three Pushcarts in three genres: for an essay in 2002 in Northwest Review; for poetry in 2003 in Salt, Plum; and for fiction in 2013 in Atticus Review. She has not yet won a Pushcart.

“With my first nomination,” she says, “I was over the moon. I was very excited the second time, but the magazine was just starting, it was very small, and I think I was their first nomination. By 2013, I knew a lot more about the ‘business,’ so I wasn’t so excited, though I was still very glad.

“Being nominated made me feel like a real ‘writer,’ just like publication did back then,” she says. “It was very affirming.” It didn’t change her career, though she feels it may have opened a few doors when she mentioned the nominations in her submission letters. She no longer mentions them, however. “Unless you actually win,” she says, “it’s best not to crow about it.”

Sybil Baker is the author of Immigration Essays and four works of fiction, as well as the former editor of the literary journal Drunken Boat. In addition to teaching at the University of Tennessee at Chattanooga, she is also on the faculty of the Yale Writers’ Workshop and teaches in the Vermont College of Fine Art’s low-residency international MFA. She was nominated for a 2011 Pushcart Prize by the Compressed Journal of Creative Arts for her flash fiction essay “Agamemnon’s Wife Speaks from Hades” and again in 2012 by Prime Mincer for her story “Women Who Smoke.” As a former editor, she says, she knows editors try to nominate the strongest pieces from the year, so it was an honor. Like Cook, however, she doesn’t mention the nominations in her submission cover letters.

Add to Favorites
Advertisement
This category can only be viewed by members. 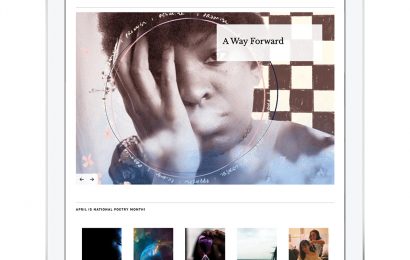 This six-year-old journal for BIPOC parents aims “to elevate our voices, share our stories, examine our issues, represent our expansive culture, cultivate community, preserve our history, and celebrate our joy.” 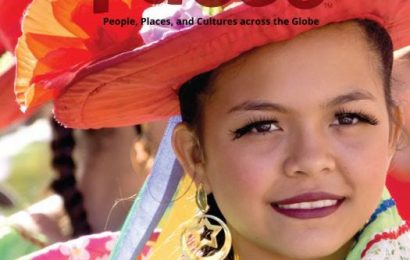 Advertisement Faces Magazine, part of Cricket Media, attracts readers between 9 and 14 years old with innovative and surprising stories about people, places, and traditions worldwide. Editor Elizabeth Crooker looks for lively, diverse story angles full of what she calls “Megan moments,” named after her niece who was very young when Crooker started editing Faces. … END_OF_DOCUMENT_TOKEN_TO_BE_REPLACED
To access this content, you must purchase The Writer Membership. 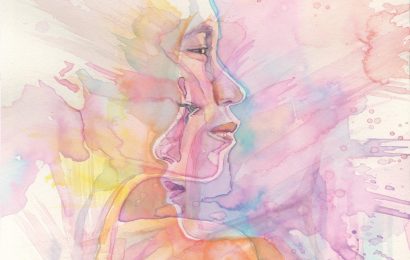 This 11-year-old publication showcases both emerging and established voices, with art and writing emphasizing – but not limited to – voices from the Midwest.
To access this content, you must purchase The Writer Membership.