For writers who are nominated and go on to win a Pushcart Prize, the effect on their careers can be dramatic. Nancy McCabe is the author of Following Disasters: a novel, director of the writing program at the University of Pittsburgh at Bradford, and on the faculty of the low-residency MFA program in creative writing at Spalding University. Her work has been recognized eight times by Best American anthologies – seven by Best American Essays and one by Best American Nonrequired Reading. She was nominated for a Pushcart by Prairie Schooner in 2000 for an essay called “The End of the Tunnel.” By then, she had written fiction for a long time, though not published much, and “Tunnel” was only her second creative nonfiction publication.

“Because I hadn’t yet published much, I was honored to be nominated and really didn’t expect to win. At that point in my career, having a nomination felt like validation. A lot of writers I admired had won Pushcarts, and I thought of it as something prestigious, so I really was happy just to have a nomination,” she says. She was “shocked and elated” to win. “It gave a real boost to my faith in myself and my writing. I would have gone on writing regardless, but I wrote with new energy after that.”

And the Pushcart win didn’t just boost her confidence; it also changed the course of her career.

“About five months after I won the Pushcart, I was denied tenure due to some political issues at the small college where I was teaching. I was devastated. A few days later, I discovered my first two published creative nonfiction pieces had also been recognized on the Best American Essays notable lists for the past two years.” Using those successes, she applied for a multitude of other teaching jobs and landed interviews for all of them. “I attribute that to the recognitions – I hadn’t had near that kind of success when I’d been on the job market previously,” she says. In addition, after sending her essay collection, After the Flashlight Man: A Memoir of Awakening, to more than 60 publishers over the course of two years, she had it accepted by a university press. She believes the Pushcart win for the lead essay was a factor in its acceptance. She also says publishing in journals became “way, way easier” after she had the Pushcart victory on her resume.

Dr. Sarah Einstein, assistant professor of English at the University of Tennessee in Chattanooga, won a Pushcart in 2010 for “Mot,” the essay version of the first five chapters of her book, MOT: a memoir. It was published and nominated by Ninth Letter when she was in the second year of her MFA program. While it was validating, she says, she wasn’t particularly hopeful about a win. When she did win, it changed her career path.

“I believe that the Pushcart, along with the AWP Prize in Creative Nonfiction for the book itself, are what got me campus visits when I was in the incredibly competitive job market, and probably what…helped me find a job in my first year out of a doctoral program. I’m incredibly grateful for that.

“Not winning is not a comment on the quality of your work. There are so many entries that it’s practically a lottery.”

“I think the prize is most valuable to people who, like me, are hoping to have academic careers. It carries substantial academic capital. Beyond that, it’s, of course, always nice to have someone else believe in your work enough to nominate it for a prize.” She adds, “But I don’t think it means anything at all to NOT win one. Not winning is not a comment on the quality of your work. There are so many entries that it’s practically a lottery.”

“Writing is a lonely act,” he said when asked what a Pushcart Prize nomination does for a writer. “I’m a writer too,” he added, “and we are so often denigrated or just plain ignored. Anytime anyone takes notices of our work, it can change the way we feel about ourselves, give us more confidence, which can in turn have a positive effect on our writing.”

Should writers mention a Pushcart nomination in their cover letter submissions?

“Sure,” he said. “Writers work hard and often without reward. They need and deserve to be noticed for their efforts.”

I also contacted the editors of a few journals who nominate for the Pushcart Prize about the process of selecting writers and this issue of “to mention or not to mention” a nomination in a submission cover letter.

“We value the Pushcart Prize deeply,” said AGNI co-editor William Pierce. “Each year, the co-editors select six potential works, usually two per genre.” They then discuss those works with other members of the masthead and their interns until they arrive at a final list of nominees. As for whether mention of a Pushcart nomination in a cover letter submission is helpful or hurtful, Pierce says it is neither.

“We are pulled toward or pushed away from accepting a submission only by our sense of the submission’s fit” in the journal, he says. “It’s either a gotta-have for us or it isn’t, and we often don’t read cover letters until after we’ve become interested by reading the submission itself.”

At The Sun, senior editor Andrew Snee asks everyone on the editorial staff for their input on the Pushcart nominations for the year. They provide their top six picks “plus one or two runners-up if we can’t limit it to six (and often, we can’t),” says assistant editor Nancy Holochwost. Snee then takes everyone’s recommendations into consideration before selecting the final nominees.

As for mentioning nominations in submission cover letters to The Sun, Holochwost says that writers do often mention them.

“It certainly doesn’t sway us against the writer to hear that they were nominated but didn’t win,” she says. “But in general, we tend not to pay too much attention to previous publications or awards when considering submissions.”

Mark Budman is the author of two books, My Life at First Try and The Shape-Shifter’s Guide to Time Travel, and co-editor of the flash fiction journal Vestal Review. He states that the nomination process for the Pushcart is similar to the process he and co-editor Sue O’Neill employ for journal acceptances and is very straightforward: The story must generate excitement. “I’ve been reading tens of thousands of flash fiction stories in my 20 years of being a magazine editor and publisher and in 30 years of being a writer,” says Budman. “It’s hard to excite me.” But, he says, it still happens. “The stories that can be described only by wow, the stories that stay with you for a long time” are the ones Vestal Review publishes and the ones it nominates for Pushcarts. He and O’Neill remain “very selective” and don’t always nominate the full six stories they are allotted each year. And while they’re always hopeful for their writers, Budman says Pushcart Prizes for flash fiction are a long shot. “I’ve seen only two flash fiction stories win in the last several years.”

What’s his reaction when a writer mentions a Pushcart nomination in a Vestal Review submission cover letter? “I’m happy for them,” he says, “but it makes little difference. I try to read the bio only after I make a decision.”

Advertisement
This category can only be viewed by members. 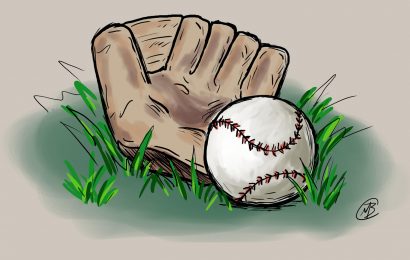 America’s favorite pastime gets its literary due in this brand-new journal devoted to all things baseball.
To access this content, you must purchase The Writer Membership. 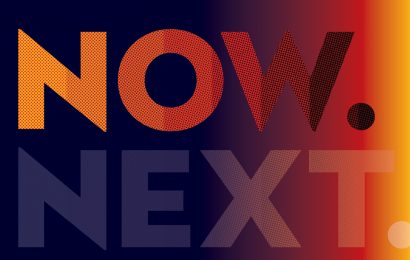 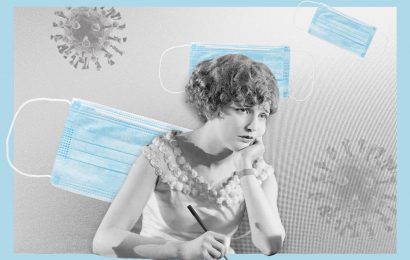