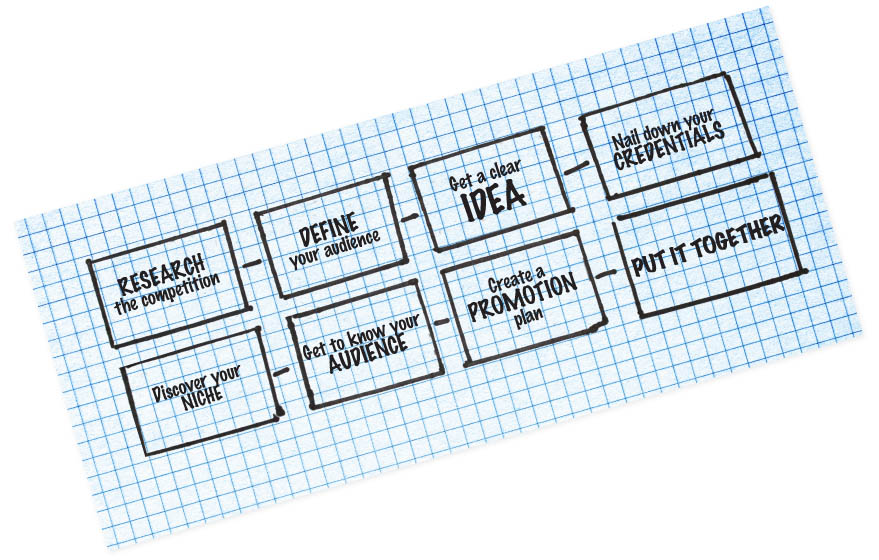 As a book development editor (and an author), I’ve helped authors create successful nonfiction books. One of the biggest trends I’ve seen recently is the growing number of nonfiction writers who are turning to self-publishing. This can be empowering for them, but without proper planning, it can lead to disappointment.

For example, I have one colleague who self-published a book on personal finance and then was frustrated when it didn’t sell well. But as far as I could tell, he had done absolutely no investigation of competing titles. His book sounded like every other book on personal finance. And without a strong platform to support the publication, he didn’t have a chance of reaching readers. If he’d spent some time researching the competition before writing his book, he would have realized that he had to have a unique selling proposition or angle that hadn’t already been done many times.

Another colleague wrote a book for writers but had trouble attracting readers. He asked what he could do to tweak the cover copy. It wasn’t his cover copy that was the problem; it was the content of the book. He hadn’t spent time defining his audience and instead tried to be all things to all people. But the needs of a mid-career writer and an aspiring writer are not the same. If he had more sharply defined his audience and where he was likely to find it, he would have written a book that would have been more likely to reach the right readers.

These two authors stick in my mind because their books had problems that could have been solved ahead of time. But by the time they realized they had a problem, they had already written and published their books and couldn’t easily go back and change the outcome.

That’s why it’s crucial to plan more than the theme of your book before you write the first word. Think of this as a business strategy for your book. Once you have this basic information down on paper, you’ll have a road map to guide you as you write, produce and sell your book. Here are the basic parts of the plan.

Michele “Wojo” Wojciechowski, award-winning humorist and author of Next Time I Move, They’ll Carry Me Out in a Box, knew that she wanted to write a book about her experiences of moving because the columns she’d written on the subject for a now-defunct newspaper had been so well received. “One of my strengths [as a writer] is being able to take everyday things, make them relatable and make people laugh,” she says. A humor book about the process of moving was an opportunity to play to her strengths. Because of the success of her newspaper column, she felt encouraged to give a book a try.

Dava Stewart, freelance writer and author of 52 Tips for the Reluctant Marketer: A Weekly Marketing Guide, wanted to help her clients when she wrote her book. Since she wrote newsletters and blog posts for small businesses that often had budget constraints, she saw the book as an opportunity to help them out with do-it-yourself marketing. “I give copies to prospective clients,” she says. “It’s almost like a business card.”

The next step in your book’s business plan is to nail down why you’re the right person to write it. This will help you convince readers that they should buy your book. What are your credentials? Why should a reader listen to you? If your credentials are a little shaky, you can work on them ahead of time.

To be an expert, Stewart says, “You have to be able to say that what you do works.” In other words, if your only evidence is strictly personal experience, you need to expand on that. Test your ideas with other people. “For example, I know what’s in my book works because I’ve used the tips, and I’ve helped other people do them,” Stewart says.

Sandra Beckwith, a former book publicist who now teaches authors how to do it themselves and who runs BuildBookBuzz.com, says that establishing yourself as a recognizable expert can be as simple as commenting on blogs in your area of expertise “so your name starts to get known and recognized. Then people will at least recognize who you are and that you’ve elevated the discussion on the blog.” This approach not only helps establish your credentials but also helps you build your own audience.

Often authors have an idea for a book that they want to write, and it simply never occurs to them that someone else has already written that book. Or they don’t recognize that this is a problem. After all, if you look on the cookbook shelf at the bookstore, you’ll see lots of books on cooking, right?

Stewart points out, “A lot of writers think they have something new, but they don’t.” This is a crucial point: You can’t let your enthusiasm for an idea blind you to reality and repetition.

“One of the biggest mistakes many authors-to-be make is they don’t think about the audience or market for the book until they’ve already written the book,” Beckwith says. By then, it’s too late. “Knowing your audience guides the information you include in the book, and it guides the marketing process,” she says.

Beckwith suggests creating a persona for your target audience by asking the following questions.

Wojciechowski says that she followed this approach for her book and ended up with a clear idea of her audience: “It was people who were settled, maybe in their 30s with kids and dogs. Then moving is more of a hassle than when you’re in your 20s. The older audience can more appreciate the humor; they’ve had the life experience.”

Once you know who your audience members are, you can identify where to find them and thus how to market effectively to them. As Stewart says, “You can’t hang out with a crowd of writers. You need to be hanging out with your audience.”

Beckwith points out that authors often are very far along in the production process before they think, “How am I going to promote my book?” You need to think about marketing and promotion from the beginning and start as far in advance as possible. “Success can be based on what you do ahead of time – your relationship with your audience and people who can help you,” she says.

Beckwith says that once you identify your audience, you can use that information to develop a plan to promote to it. She suggests, “Find writers who write the kind of books you write and see what they’re doing.” She points out that you can easily track down where they’ve made online appearances and approach those venues yourself.

She also recommends building a target list of potential media outlets well ahead of time. Take any feedback you get into account as you go forward. If you plan a virtual blog tour, for example, and you approach bloggers who work in a couple of categories, “you may find you’re having great success with one category but another category doesn’t respond. That may tell you to shift gears to the category that is more receptive and responsive.”

One of the benefits of self-publishing is being able to write the book you want to write without the hoop-jumping that comes with traditional publishing. But that’s also one of the drawbacks. If you write the book you want to write without regard to other factors, you may end up investing a lot of work into something that doesn’t do what you want it to do (make money, raise awareness, etc.). Spend a little time planning your book, and you’ll be much more likely to see the results you want.

Jennifer Lawler is the author or co-author of more than 40 nonfiction books and novels, including the Dojo Wisdom series. She works as a freelance book development editor.