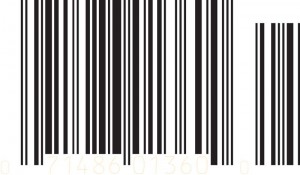 As a freelance journalist who writes for “recognizable” newsstand magazines and newspapers, I am added to promotional campaign mailing lists and press release blasts by authors. In the half a dozen or so years since I’ve been receiving notifications, requests and, frankly, pleading emails from authors to plug their books, I’ve found a few mistakes occur repeatedly. Are you making any of these?

1. More info, please.
I was interviewing writers for an article I’m writing for an online writing magazine. An author who has a memoir coming out later this year emailed me to ask if there was any way I could help her out. “Sure,” I emailed back. If not a straight-up review, there’s always the possibility of Q&As or features I may already be writing on the topic. I asked her to send me an email with details. The email arrived, but instead of a description of the book, she sent blurbs. Fantastic blurbs, mind you, but completely irrelevant all the same. Had she sent me a media kit and a copy immediately, I’d have thought of something while this author was still top of mind. Instead, I’m still scratching my head trying to figure out what exactly the memoir is about. I’ve lost interest.

2. Less info, please.
Sending out a press release when you have news is a good idea. Have an event coming up and want to send an email to your newspaper and magazine contacts? Sure. Won an award and want to share the news? Absolutely! When you haven’t heard back from someone, following up with a quick email or phone call is absolutely fine. But sending emails constantly, week after week, with repeated follow-ups can get pretty annoying, says Carolyn Howard-Johnson, author of The Frugal Book Promoter. Don’t nag your contacts. Send them information when it’s essential and leave it at that.

3. Buy my book.
“Authors hear that they need to promote their books constantly, but they’re not educated about what that really means or how they should do it,” says book marketing coach Sandra Beckwith, who also publishes the free Build Book Buzz e-newsletter for authors. “So, they do it badly – by saying ‘buy my book’ in nearly every contact they have, whether it’s with a journalist, a Facebook friend or a Twitter follower.” Recently, I was writing an article for a science magazine with a very specialized audience. I sent out a request on HARO and heard from an author who was perfect for my piece. But instead of sending me a copy (or even an e-copy) and answering my questions, she asked me to buy her book instead and quote from there. What didn’t I do? I didn’t buy a copy. What did I do? I interviewed someone else instead.

4. Talk too much, say too little.
If you’re a nonfiction author, move beyond plugging your book to your contacts. Think about becoming an expert instead. “Placing yourself as an expert – fiction or nonfiction – can be very beneficial, especially when you’re asking for a radio or TV spot,” says Howard-Johnson. For one, radio and TV broadcasters love to have experts on when there’s breaking news or a feature that needs outside opinion. So if you’re written, say, a book on bullying, don’t just talk about your book. Talk about issues related to bullying. Pitch yourself as an anti-bullying expert. Send out tip sheets instead of standard press releases. Develop ideas for bullying segments that radio and TV stations can carry.

5. I’m sure you’ve read my work.
Have you read all of Salman Rushdie’s books? How about Toni Morrison’s? Read J.K. Rowling’s latest novel for adults? Gone through the entire collected works of Agatha Christie? Harlan Coben? Jodi Picoult? Kate Atkinson? No? What’s that? You have a life and interests, and that means you can’t always keep up with everything that comes through the door even if it may, in fact, be in your genre of choice? Yeah, me too. So it’s possible that while I love the subject of your book and have marked it on Goodreads as “Want To Read,” I haven’t gotten around to doing so. “I often hear from authors who express frustration after a radio talk show interview because it was clear that the host didn’t read their book,” says Beckwith. “It’s important to understand that talk show hosts don’t have time to read your book, just as they don’t have time to read the book of the author who’s on the show the day after you are, and the day after that.” She advises to go into all interviews – radio, TV, newspaper, magazine, blog – presuming that nobody has read your book. “That’s why your press kit is so important,” she says, “It’s the ‘cheat sheet’ for your book.”

6. Check my website for a quote.
When you’ve landed an interview, no matter how big or small, go into it with the attitude of providing as much information as you possibly can and making life easy for journalists. The truth is, journalists have weekly, sometimes daily, deadlines, and most don’t have time to comprehensively examine your book. Be helpful and provide quotes from the book because the journalist will put your name and your book’s name in her article, and readers, who do have the time and the inclination, will pick up your book to find out more.

7. What’s the big idea?
Most writers simply don’t give journalists ideas as angles for meaty stories. “This is a struggle for novelists,” says Beckwith. “All of them have nonfiction nuggets in their manuscripts that they can use as story angles with reporters, but they have trouble understanding that concept.” The thing is, the reporter doesn’t know your book; you do. You know which issues it touches upon and what may be the best ways to feature it. “Is your hero a handyman? Offer fix-it tips, stories and ideas,” says Beckwith. “Did you write a romance novel? Pitch ‘how to be more romantic every day of the year, not just on Valentine’s Day.’” The more idea development you do, the better the chance of getting fuller coverage.

8. It’s today.
Reporters, whether they’re freelance or staff, need to get their ideas into editorial meetings, have them approved, have them scheduled, research and interview for them, write them and then have them edited with enough time in there for rewrites and re-reporting. If you’ve waited until the day of the release to even tell me about your book, I can’t do anything with it. Tell your media contacts a month or two before your release date so that if they find the subject matter of your book interesting, they may be able to schedule reviews for the week the book is out, write features around it or schedule an interview with you. Know the timelines linked to the type of media outlet you’re pitching, advises Beckwith: “While magazines work months in advance, newspapers work just weeks, days or hours in advance.”

Mridu Khullar Relph is a freelance journalist for The New York Times, as well as Time andMs. magazines.

How They Did It

Stephanie Meyer
When Meyer’s first book was released, The LA Times reports, her publisher made little attempt to promote the book despite having offered her a large advance for it. Meyer created her own website, got on social media and got personal. In doing so, she created a community and engaged in a personal, informal way, making fans out of readers who, in their own groups, became unofficial publicists for her work.

Rebecca Skloot
According to the Wall Street Journal, Skloot’s publisher released 3,000 advance reader editions of her book, The Immortal Life of Henrietta Lacks, to book critics, literary bloggers, science bloggers, bioethicists, college professors, editors of African American websites and magazines, and 50 active Amazon reviewers. She was also sent on a four-month, 51-city book tour that she organized herself and paid for through speaking honorariums at colleges and institutes.

Amanda Hocking
“Something truly magical happened,” is how best-selling author Hocking described the impact book bloggers had on sales of her self-published books. Hocking sent out copies of her e-books to several high-profile book bloggers and saw an increase in sales almost immediately.

Add to FavoritesYou have dreamed of being a self-published author. Hooray! But finding the way forward in the massive world of self-publishing can be daunting, … END_OF_DOCUMENT_TOKEN_TO_BE_REPLACED