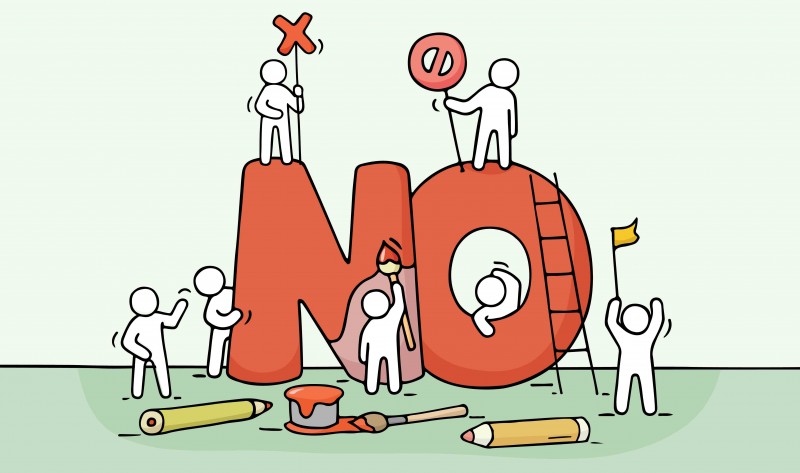 Abraham Lincoln said, “He who represents himself has a fool for a client.”

I hadn’t heard that when I self-published a YA poetry book, employing myself as literary agent, graphic designer, editor, writer, public relations rep, and marketer. In one role, I was a well-meaning but ill-informed advisor; in the other, I was an enthusiastic author with over-ambitious tendencies.

As I delved into the world of book promotion, I soon found all of the ways my team had dropped the ball, or, even worse, hadn’t known there was a ball to drop.

In the spring of 2007, I submitted my manuscript, Hickeys, Hiccups, and Homework: A Teenage Girl’s Guide, to a publisher that billed itself as “a traditional royalty-paying publisher.”

The company accepted my book and sent me a “good faith advance” of $1 – a just-off-the-mint-looking-bill taped to the bottom of my contract. They said that the money symbolized their commitment to the standard publishing model: I didn’t pay them to publish my book, and they would send me royalties if it sold.

The emerging Print-On-Demand technology allowed the company to take on unknowns – and probably undesirables – without risk since books were printed as they were ordered. If my book didn’t sell, the company wouldn’t lose any money, hence the $1 advance (which I’m sure they always recouped, because really, who can’t sell one book?).

The arrangement also allowed me to convince myself that I wasn’t a self-published author since I hadn’t paid for my book (never mind the fact that I revised and edited the book and designed the cover). When it became available that September, I set up workshops and speeches at high school libraries, after-school programs, and a juvenile detention center for females.

In thank-you letters, one teen wrote, “I really like your poems because they talk about real things that even I am going through. I felt as if you told my life in some of the poems.”

Encouraged and hopeful that I was around the corner from a big break, I did the only thing a real literary agent would have discouraged: I quit my day job to promote the book. I soon learned that outlets like Publishers Weekly and Kirkus Reviews didn’t feature books from “vanity presses.”

Today, many review outlets offer reviews for self-published and independent authors, but at a price. At the time, I believe Kirkus Discoveries had recently launched – it’s now Kirkus Indie – but I didn’t have the money in my marketing budget (see: poorly qualified marketing manager). Besides snubs from publishing’s household names, bloggers and editors blacklisted me. One editor replied that she didn’t feature self-published authors. I explained that I wasn’t self-published, but she never responded.

Maybe I could win an award and get some credibility, but unfortunately, like the reviewers, award programs were uninterested in the unrepresented, only accepting nominations from editors. (The Pulitzer Prize Committee, however, takes any book. Don’t ask.)

If my public relations representative had been well-informed, she’d have known that most publicity efforts happen before a book is published, not after.

My publisher did make the book available to traditional book distributors, so I wrote a letter to Barnes & Noble and Borders (may it rest in peace) requesting in-store placement. A few weeks later, I received responses. BN would not shelve my book because “research has shown us that most self-published titles sell about 100 copies” but they would list it for special order at their stores and websites. Borders passed altogether.

Re-energized by the BN listing, I designed a postcard-sized glossy flyer and ordered 5000 from a printer in the Bronx. When I drove away with two heavy, long, flat boxes in the trunk of my Mazda sedan, my marketing manager didn’t call and say, “Uh, what the hell is your distribution plan for those flyers?”

A few months later, at the end of my savings and sanity, I returned to the work world and stuffed the unopened boxes in my closet. My book was dead – well, at least to everyone except my publisher.

When I initially researched the company, I’d seen reviews from writers who claimed the house was an “author mill.” I thought those were just disgruntled rants until I started receiving emails with subjects like “Your book on The Tonight Show:” If I bought X number of copies, they’d ship my book to Jay Leno himself. Other emails offered special rates to purchase limited hardcover editions.

Over the next seven years, I ignored the emails and flyers. In 2014, I started receiving book-related emails from a different publisher. I learned my old publisher had died, gone to publishing hell, and been reincarnated as a different name.

Angry at the company that reminded me of a nightclub that had changed its sign but not its staff or decor, I asked to be let out of my contract that, unbeknownst to my legal counsel, had automatically renewed.

After some testy email exchanges and finally a snippy call from a rep (who I believe hung up on me but I can’t prove it), the publisher delisted my book and warned me that I couldn’t use my cover in the future because even though I’d designed it, they’d made some modifications to it, which gave them the copyright.

When I submitted my book, I hadn’t assessed the rewards that I sought from publishing. Although self-publishing can be the right path for some, at the time, I didn’t understand the pros and cons of each avenue.

I wouldn’t admit the real reason why I’d chosen the path of least publishing resistance: I was afraid to do anything else.

Now, almost a decade later, I understand what I want – a deal with a true traditional publisher – and thanks to my MFA and years of reading and writing, I have more of what I’ll need to get it: confidence.

Keysha Whitaker’s work has appeared in The Writer, the New York Times, McSweeney’s Internet Tendency, and NewYorker.com. She has an MFA in Creative Writing from The New School.