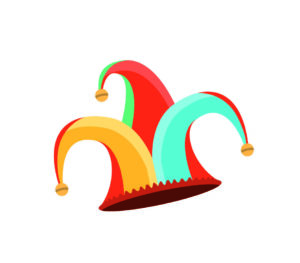 It’s probably not a surprise that comedy writer hopefuls follow humor editors on social media, hoping to glimpse what tickles their funny bones. Of course, the only evidence I have of this is my own cyberstalking. After trying to land a clip in McSweeney’s Internet Tendency for six years, I added a column in my Tweetdeck for the site’s editor, Christopher Monks.

I learned that he liked baseball, lived in Massachusetts, and tweeted from waiting rooms a lot. Occasionally, he vented about asinine responses to his rejection letters.

Sign up for our weekly newsletter, full of tips, reviews and more!

Most articles featuring humor gatekeepers like Monks and his peers focus on the do’s and don’ts of pitching and tips on how to get published, which still leaves an unanswered question: Who the hell are these people sending us all these damn rejection letters?

I decided to find out. Here I give you as much as a 90-minute individual phone interview could unearth about the lives of humor editors at McSweeney’s Internet Tendency, The New Yorker, Weekly Humorist, Robot Butt, The Belladonna, and Splitsider. I hope we can learn something that’s just as – if not more – valuable than what makes them say “yes” or “no.” 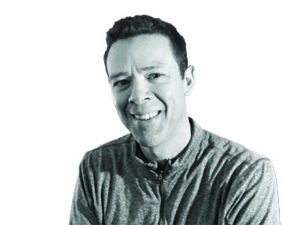 Massachusetts, 1969: The Monks add a new member to a tribe of Irish-Catholics who seemed to have humor in their DNA.

“They’re the funniest people I know,” says Monks, editor of McSweeney’s Internet Tendency.
“I think I owe a lot of my sense of humor to them.”

At dinners, family members often made puns that spawned five-minute riffs around the table. Other times, they played practical jokes on each other and friends.

The Boston native recalls one stunt that his father pulled on a friend whom he picked up from the airport.

“My uncle was stationed somewhere on the highway,” Monks says. “My dad picked him up, and my uncle just sort of took on this persona of [a] drifter.”

Even when his past is painful, Monks can find the humor. When his English teacher-turned-radiologist dad and secretary-turned-social-worker mom divorced, they consulted Monks.

“They said, ‘We both love you, and we’re not going to take it personally,’” he says. “‘We just want to have your opinion about who you’d like to live with most of the time.’”

Monks chose his mom, and now, he jokes with her about his first thoughts: “I remember thinking, ‘My mom is the one with the color television,’” he says.

At school, Monks’ own comedic gene began to express itself.

“I was sort of like a ham,” Monks says. “I wasn’t like a class clown, but I was funny in high school.”

Around graduation time, Monks realized that he wasn’t interested in going to college.

“I was smart,” he says, “but I didn’t have the self-drive to be a good student.”

All his friends, however, were interested in going to college. Not wanting to be left out, Monks began Emerson in the fall of 1987, only to drop out in his first semester. He later returned to school to get bachelor’s and master’s degrees from the University of Wisconsin-Madison and Lesley University in 1996 and 1998, respectively, and began working as an elementary school teacher.

In between those degrees, through a mutual friend, Monks met his wife while she was attending Harvard University. They married in 1997, and in 2001, when they had their first son, Monks stopped teaching. In early 2002, he started writing “Utter Wonder,” a blog that chronicled the life of a bored stay-at-home dad, a fictionalized version of himself.

“I had written a lot [of short stories] at UW-Madison, so my return to writing was initially more of an extension of that,” Monks says. “It wasn’t until writing my blog I started writing comedy more.”

By the time his second son was born in 2003, Monks had landed his first clip on McSweeney’s Internet Tendency.

In 2005, he decided to return to teaching. He recalls an interview where a search committee member took umbrage with a series on his blog featuring un-mailed letters to Star Jones, a former co-host of The View.

“It was the early days of the internet,” he says. “The woman took it literally.”

In order to accept the job offer, Monks learned, he would have to delete his blog. He withdrew from the search.

“It was less about not taking down my blog and more about realizing that I loved writing more than I loved teaching,” Monks says.

After a conversation, Monks and his wife agreed that he would spend a year focusing on his writing.

“Literally the next day, we were at my mother’s house when I received the email,” Monks says of the serendipitous note from a former editor at Vintage/Knopf/Random House. “That was the little ‘umph’ that I needed to pursue this new career.”

The editor had read “Utter Wonder” and “I’m Stuck in Rehab with Pat O’Brien,” a parody blog that Monks originally wrote anonymously. (He later identified himself as the author once O’Brien left rehab.)

The editor asked if he’d thought about writing a book or a humorous collection of essays.

“Nothing came out of it…but the fact that I had interest from her helped me land an agent and my first and only book,” he says.

That book came Monks’ way a few years later via John Warner, the former editor of McSweeney’s Internet Tendency. Warner had published at least a dozen of Monks’ pieces in 2006, and the next year, he asked Monks if he had any book ideas for Tow Books, Warner’s resurrection of a family publishing house. With the help of his agent, Monks signed a contract for The Ultimate Game Guide to Your Life: Or, The Video Game As Existential Metaphor.

In mid-2007, Warner, who had stayed in contact with Monks, had another question: Would he be interested in interviewing to replace Warner?

After an interview with McSweeney’s founder, Dave Eggers, Monks took over the site, working at home from Arlington, Massachusetts.

Though he’s largely been focused on growing the site, he’s found time for personal works. He finished a memoir in 2015 but tabled the project.

“Part of me thinks it’s too personal to share with the world,” he says of the tome on “parenting, gracelessly becoming middle-aged, and my eldest son’s last season of Little League baseball.”

Perhaps sharing would combat what he believes is a common misconception about him.

“People think that I’m some hipster in a cafe, and I’m not that person,” Monks says; rather, he’s a grown man who enjoys spending time with his wife and 17- and 15-year-old boys.

When Monks took the job at 37, he found it hard to envision his life at 50, let alone if he’d still be a McSweeney’s humor editor.

“I feel like I’m good at what I do. I feel like it’s the right audience. It’s fun selecting pieces that I think will make other people laugh,” Monks says.

“As long as someone can send something in about a fidget spinner and I know what [a fidget spinner] is, I’ll keep doing it.” Originally Published June 18, 2018

Add to Favorites Advertisement First, before diving into tips and advice on helping your work stand out, I want to address the term “slush pile.” … END_OF_DOCUMENT_TOKEN_TO_BE_REPLACED