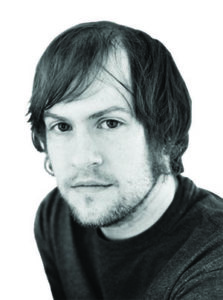 Before “fake news” was a popular phrase, Oregon native Brian Boone dabbled in fake facts – specifically by way of his work on Fake Facts: Really Unbelievable…Because They’re Not Real, a book in the Uncle John’s Bathroom Reader series.

Boone began working at the Bathroom Readers’ Institute, the series’ publisher, in 2003, a year after graduating from the University of Oregon. He says BRI published one 500- to 600-page book a year on a variety of topics and shorter books on single subjects, like his Fake Facts trivia book.

“That was a satisfying place to be [in] because I could still write with personality and humor,” Boone says.

Boone had been developing his writing style since he was a kid in Portland. His dad, a sales manager for companies in the food and beverage industry, and his mom, a travel agent and then church employee, were supportive of his efforts in comedy and writing.

In high school, he wrote a humor column as the editor of his newspaper and penned sketches that were performed during the morning announcements.

“That feels like the first real comedy I did,” he says. “People laugh, and that is intoxicating and addictive.”

But it was an addiction that the University of Oregon theater and journalism major didn’t think could be satiated.

“This was, like, early 2000s, and there wasn’t really internet comedy writing,” he says, noting a writer’s main choices were deciding between Los Angeles or New York. Instead, he applied for a variety of theater and writing jobs, including BRI.

“It was like being in a newsroom,” Boone says of his 9-to-5 job. “[In the morning] we’d pitch it, write it, and move on to the next one…eight months later, we’d have a book and publish it.”

Even though he enjoyed the work, his eyes began to wander.

“I think I just started to kind of feel – not creatively unfulfilled – but I thought I could do more,” he says.

He started writing and publishing his sketch comedy on a blog and occasionally wrote one-act plays that would get produced.

Around 2008, Boone’s wife suggested that he write a humorous music trivia book.

His proposal landed an agent who secured a deal with Penguin for I Love Rock n’ Roll (Except When I Hate It), which came out in 2011.

Acquiring a taste for working on his own, he began applying to various sites and ultimately worked at The Onion, Someecards, and ClickHole but credits one of his next moves to writer, author, and Vanity Fair contributing editor Mike Sacks.

“Everybody who is anybody in comedy writing and internet writing owes a debt to that guy,” Boone says.

After reading an article about Sacks on Splitsider that year, Boone pitched himself as a writer for Sacks’ imprint, Bulldog Front. Sacks didn’t need authors, but he was looking for writers for “Not a Blog,” a daily comedy website that he ran on Adult Swim.

When the blog ended because of a clash between content and the parent company’s rules, Sacks recommended Boone to Funny or Die.

“He could write humor for print which is a very specific skill set,” Sacks tells me in an email. “And he’s a nice guy, easy to deal with. That counts for a lot.”

At Funny or Die, Boone had the freedom to write comedy “whenever the idea struck me.”

“That kind of started the thing [where] I’d try to write one or two comedy articles a week.”

Boone began publishing more, including on Splitsider, a site he read voraciously because it felt like a home for “comedy nerds.”

One day in early 2013, he noticed that the humor section had been dark for a couple weeks, so he sent an email to the humor editor at the time, Rebecca O’Neal, inquiring why.

O’Neal, who’d been the section’s editor for a year, said that she’d started to focus more on live comedy and performance, and her editor had asked her to find a replacement.

When Boone learned about her time constraints, he asked to do the job, unaware that he was already on O’Neal’s list of potential successors.

“I liked the humor pieces he submitted when I was editing Splitsider,” O’Neal says. “[I] picked him because he had a good sensibility and loved print humor.”

“I had to base it on my predecessor’s tastes – which is fine because she had excellent taste and [had] established the formats and kind of articles that worked – while also kind of giving a nod to the future and trying to find new forms and new people,” he says.

As he worked for these other publications, Boone kept his full-time job at Bathroom Reader Institute. Then, in 2016, BRI converted its full-time staff to freelance, sending him into “sheer panic.”

“But things kind of came together because I’d been dabbling in freelance on a lot of different websites and writing some books on the side for other publishers,” Boone says.

Soon, his side-work became his main work, and Boone has written and sold 16 books over the last decade. He also still writes for BRI while working out of his Ashland home.

After he helps his writer wife, Megan, get their 11-year-old son ready for the bus, Boone takes care of the dog and is at his desk around 7 a.m.

“I [usually] have one long article due at noon and three short articles due by 9, and I start plugging away and don’t come up for air,” he says.

He sifts through around 70 potential Splitsider pieces weekly.

He’s never been big on sleep, and it seems the disregard might be paying off. Boone has three books dropping in 2018.

From the outside, one might look at his life – editor, author of 16 books and counting, prolific freelancer, happily married man with a wife and 11-year-old-son – and conclude that he’s, in a sense, arrived.

“I’m so tremendously lucky that I get to do them all, [but] there’s so many other things out there that I want to do,” he says. “There’s always another book to write. I like trying and going for it and seeing what happens. I’m pleased with what’s happened for me. Very much so.”