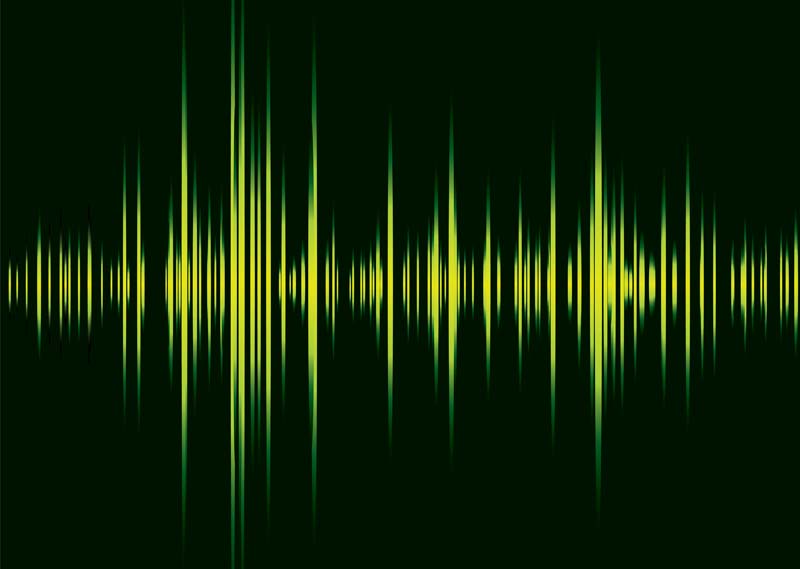 Call it the sweet sound of success.

The audiobook industry has been around since the 1930s, beginning as “Talking Books” for the blind. The next leap forward for the industry came in the 1970s, with the advent of portable cassette players and of cassette players as standard equipment in imported Japanese cars. Books on tapes became and remain an enjoyable way to pass a long drive.

Now the dominant format for audiobooks is digital downloads onto electronic devices such as computers, MP3 players, smartphones and tablets.

Although audiobooks have been around for decades, the industry itself is just scratching the surface of its potential.

Even the most generous estimate is that only 10 percent of books published each year get made into audiobooks. Audiobooks was a $1.2 billion industry in 2011, the most recent year for which figures are available. Compare this to the $1.54 billion in revenue for e-books, a much younger industry.

The audiobook industry doubled the number of titles produced between 2008 and 2011, Michele Cobb, president of the Audio Producers Association, says.

“Audiobooks continue to tap into consumers’ need for a convenient way to support their active lifestyle,” Cobb says. “Audio publishers pioneered the digital publishing movement and we continue to grow and produce more every year in this era, while continuing to support the formats long appreciated by the listening public.”

There are several routes – some old, some new – into audiobooks for authors.

Publishers often acquire audiobook rights when they agree to publish a book, with those rights frequently reverting to the author after a period of time specified in the contract, if not produced.

In a recent development, audiobook publishers also are buying original works: “Work with your agent to submit your titles to audiobook companies for review,” Cobb advises.

For authors who hold the rights to their works, there is another option: Amazon.com’s ACX platform.

ACX matches up rights holders and production staff, so authors can get their works published as audiobooks. Authors either can pay a flat fee to or share royalties with the producers. The finished product often goes up on Amazon’s Audible.com subscription book-club site for sale on Amazon, Audible and the iTunes store. The sliding royalty rate which the author receives is based on the degree of sales exclusivity and the number of sales in a given period.

Audible.com has been the 800-pound gorilla in the audiobook industry for the past few years. In an effort to increase its offerings, officials at Audible have sought to get thousands of books from Amazon’s vast inventory produced as audiobooks.

In addition to the authors whose works now are being offered in a new format, also benefitting from this effort are audiobook producers around the world.

One such producer is William Dufris, owner of Mind’s Eye Productions in South Portland, Maine. Dufris, who has been in audiobook production for nearly a quarter of a century, and his stable of 100 narrators has produced 700 books for Audible.com since July 2012.

“It was a really bold, ambitious and commendable move,” says Dufris, an 11-time nominee for the APA’s Audie Awards. “It will bring pleasure to a lot of readers and bring in a lot of new readers.”

Dufris has experienced many changes during his 25 years in audiobooks, from recording audio plays on reel-to-reel tape in London alongside such luminaries as Helena Bonham-Carter and Stockard Channing to serving as a narrator and producer in his own studio, engineering on a ProTools digital editing system.

“Everything is more compact, so much easier to deal with now,” says Dufris, who voiced many of the characters on the animated children’s series Bob the Builder. “I’ll send PDFs of the scripts to the narrators, and they’ll read it off their iPad or computer screen. Then I get the files sent back electronically.”

This streamlined setup is important in a process that pays per finished hour, emphasizing speed and minimal mistakes.

Dufris places more value on source material than production in the making of a well-done audiobook.

“If you have the right source material, you can’t help but win,” he says. “As a producer, I have to make sure the production itself is spot-on.”

Writers should understand that certain genres work better as audiobooks than others.

“Mysteries, fiction, classics, sci-fi and fantasy are all naturals because of the storytelling aspects,” says Robin Whitten, founder of AudioFile magazine. “Some memoir and biography work particularly well. Many people like self-help and personal development titles because the author often ‘speaks’ directly to the reader-listener.”

AudioFile, based in Portland, Maine, is the industry Bible, targeted to audiobook listeners and professionals who are selecting and recommending audiobooks, such as librarians and teachers. Its reviews, profiles and recommendations are available through the original print edition, website, e-newsletters, social media and AudiobookREX, a mobile-friendly recommendation site.

Whitten started AudioFile 20 years ago because she was an audiobook fan with no place to go for information.

“I was doing a lot of driving, and the radio reception was lousy, so a friend suggested audiobooks that I could get from my public library,” she says. “I was pretty much hooked after my first great story that I stayed in the parking lot to finish. I got fascinated and just decided there was not enough being written about the ‘performance’ aspect of audiobooks, and they were rarely reviewed for the ‘audio experience.’ The rest is history. I am still hooked and listen for work, and for pleasure!”

Audiobooks, the vast majority of which are unabridged, offer many of the same conveniences as e-books, including portability and ease of use. A 2012 APA consumer survey said the main reasons people choose audiobooks is to listen in the car or while multi-tasking. The average audiobook listener is a 51-year-old, well-educated, affluent adult.

“We have already seen the per-unit cost of audiobooks come down as the digital units and consumer awareness rises,” says Cobb. “We saw a big jump when the iPod was introduced and, with the rise of mobile devices, we know people can listen in more places to more things.”

A library card can be the golden ticket to audiobooks. “We know from our consumer surveys and focus groups that a lot of heavy listeners turn to their libraries as a great source of audiobooks,” Cobb says.

One of the libraries singled out by Cobb for its audiobook collection is the Phoenix Public Library in Arizona.

The 17-branch Phoenix library system offers 50,000 audiobook titles on CDs or MP3-CDs and another 50,000 titles on digital sources.

The branches share titles on the physical formats, while patrons can download digital versions either from the system’s main catalog or from the services of Greater Phoenix District Library, which uses Overdrive, or OneClickDigital, says Kathleen Sullivan, collection development coordinator for the system.

Sullivan added that the number of patrons requesting audiobooks, and the variety of available audiobooks, continue to grow. Despite budget cuts, the Phoenix library system still increases, however slightly, its expenditures on audiobooks.

“It’s a very, very popular media for us,” Sullivan says. “It really serves an audience we couldn’t have served pre-audiobooks.”

Entities such as libraries and membership book clubs such as Audible.com, which allow listeners to sample different kinds of books, help the audiobook industry to thrive. It’s a matter of a rising tide lifting all boats.

“They create opportunities for a wide variety of listening options and a lot of excitement about the format that then helps us grow via word of mouth,” says Cobb.

Unlike other non-visual mediums, audiobooks serve to promote literacy.

“Teachers and librarians report that listening to audiobooks helps children build better vocabularies and also helps them to read with better expression,” Cobb says. “I know my own 5-year old is well ahead in her reading skills due in no small part to the number of audiobooks she has listened to.”

The biggest challenge that audiobook authors and producers face is changing attitudes. The 2012 consumer survey discovered that respondents were more likely to use their leisure time watching TV or movies, reading print or e-books, listening to music, using social media or playing video games than listening to audiobooks.

“The biggest challenge for the audiobook market is getting enough attention to the format, and getting people to try an audiobook,” says Whitten. “Years ago people were prejudiced about ‘reading with your ears.’ There’s now ample educational research to show that listening can be a key learning factor for children, and that listening to books can result in better comprehension and vocabulary building. If it’s good for kids’ learning…the same applies to adults. Recently audiobooks have become more accepted, and more people are trying them. Technology and ease of use have helped.”