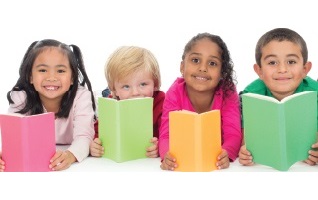 One of the most prized possibilities in a writer’s life is landing a book deal. If you’re enrolled in or have gone through an MFA program, that prize might be even more coveted. After all, making an investment of both time and money into an education and a final thesis raises the stakes. But how hard is it to translate that work into a book deal? Lesley University in Cambridge, Massachusetts, has implemented a partnership that aims to make the process of graduate thesis to published book easier. But will it?

In what seems to be a first, Lesley has teamed up with Candlewick Press of Somerville, Massachusetts, to give the MFA candidates of the Writing for Young People program the opportunity to skip the slush pile and get thesis manuscripts onto the desk of book editor Kaylan Adair.

It is not uncommon for publishing houses to sponsor MFA scholarships or awards that, in addition to money, also offer rewards such as manuscript review notes. There are three publisher-sponsored awards at the Vermont College of Fine Arts alone for those enrolled in the Writing for Children and Young Adults program. But with this program/publisher partnership, there are two questions that beg to be asked: Is this the future of the MFA, and why haven’t other universities and publishing houses done this already?

David Elliott, genre chair for Writing for Young People and author of books with Candlewick, confirms Lesley’s commitment: “We wanted to give our graduates an authentic real world experience at the end of their two years of study.”

This 100-percent voluntary opportunity has been reported by other news outlets as granting the publisher the right of first refusal. Elliott insists that no such agreement was ever on the table. He says, “We would never involve our students in an arrangement which binds them to a particular publisher or in any situation, in fact, that does not have their best interests at heart.”

When YA novelist Alan Gratz first heard the misinformation regarding the partnership, he was wary, saying, “Except for the open door to a closed house, a right of first refusal is a far better deal for a publisher than it is for an author.” But in the end, Gratz, whose first novel was unsolicited, admits, “While there are certainly far more children’s book agents now than there were when I began my career 12 years ago, signing an agent is still the hardest – yet perhaps today the most essential – step on the path to being traditionally published. Being able to skip that step, or to use an offer from a slush pile submission to help land that agent, would be of significant value to a new author.”

Although that may be the case, Elliott advises against such a move. “Should Candlewick make an offer to publish,” he says, “we would encourage [the student] to sign with an agent to represent her in the negotiating of the contract.”

Publishers can rest assured that the manuscripts they’re reviewing have been worked and reworked throughout the MFA program.

In addition to the possibility of skipping the agent search process, this new collaboration will offer students an inside look at the publishing industry while providing a direct route to get work in front of an editor. Likewise, publishers can rest assured that the manuscripts they’re reviewing have been worked and reworked throughout the MFA program.

“We’re always trying to think of ways to better serve our students,” Elliott says. “Our emphasis, of course, is on helping them improve their craft, on all the elements that contribute to good writing. But negotiating the vagaries of the publishing world is part of the writer’s life. It seems disingenuous to act as if that world doesn’t exist or to withhold from students an opportunity to engage with it.”

Some might say that the prize of a book deal at the end of the MFA tunnel could serve as a distraction. Scribner senior editor Shannon Welch is a graduate of the Iowa Writers’ Workshop. “One of the most valuable aspects of my time as an MFA student was the chance to develop as a reader and writer,” she says. “What I learned at Iowa – which had nothing to do with the business of publishing – continues to serve me as a reader and a writer and in my capacity as an editor at Scribner.”

It will be interesting to see if other MFA programs follow Lesley’s lead, but Welch says, “I worry that a feeder program will further foster a kind of careerism that is now endemic to so many MFA programs. I think it’s dangerous and potentially destructive to writers to become hyper-focused on the end game of getting published. As much as is possible, a writing program should cultivate the sense that what matters is the work.”

The Lesley Writing for Young People program grants between five and eight diplomas each semester, and Elliott says that students are excited about the new announcement. Whether such a situation is the right fit for every writer and whether this partnership will serve as a deciding factor for students  choosing their MFA program remain to be seen.

In the meantime, Elliot indicates that Lesley is going to stay the course. “The teaching of writing is an intimate experience,” he explains. “At its heart, a mentor is not only engaging with the unconscious material of another writer, but also with her most cherished hopes and aspirations. At Lesley, we know our students well. Often, they become our colleagues and friends.”

Meredith Quinn is a graduate of New York University and managing editor at The Writer.

ABCs and an MFA