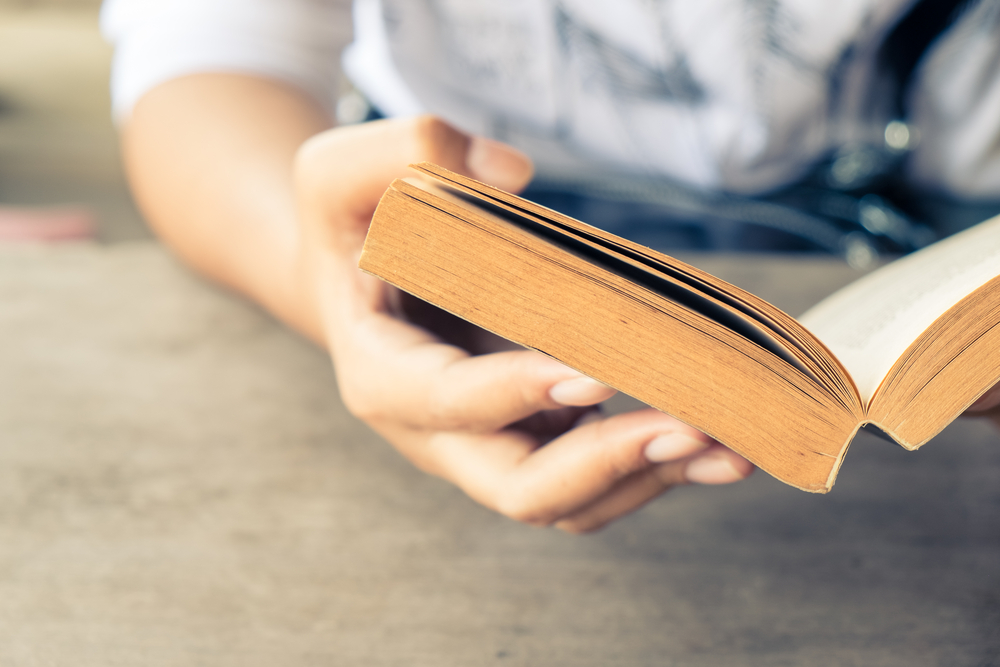 When you dream of a book deal, the image of a stack of flashy, study hardcovers often comes to mind. But in the age of e-books and high hardcover price points, many imprints have popped up to publish only in paperback. A format that started out with a stigma has slowly taken over bookshelves everywhere. We asked authors with successful paperback originals to discuss the format’s misconceptions and whether writers should be wary.

“As a first-time novelist, I understand that my publisher and my readers alike are taking a chance on me. And particularly so, as my novel is written in a somewhat fragmented, poetic style – something not all readers have in mind when they walk into a bookstore. Asking them to invest over $30 in a hardcover is asking a lot. I have a feeling some writers think they’ve been cheated out of the glory of a hardcover edition when their book is a paperback original, and I understand that. But I really think this is an idea we can do away with at this point. Looking to the world of small presses, where you find a predominance of paperback originals, you’ll find some of the most daring, inventive writing being published right now. Paperback originals are an exciting form, particularly geared toward fresh, groundbreaking writing by both debut and seasoned writers. I love my paperback original. It weighs almost nothing, making it all the more easy for a reader to carry it from the front table to the cash register.”
—Sarah Gerard, Binary Star

“Don’t fear the format! My books have been published in hardcover, paperback and digitally. Having China Lake published as a U.S. paperback original was the best thing that could have happened to the novel. It made best-seller lists, won an Edgar Award and established my name with American readers. Some writers worry that paperbacks will be seen as downmarket – dismissed as page turners, beach reads or airport novels. But that’s pure snobbery and an overrated concern. Readers are more willing to give new authors a try if their books are available in paperback.”
—Meg Gardiner, China Lake

“When my first book The Buddha Walks into a Bar was coming out, my publisher was the one who suggested we bring it straight to paperback. I was young and naive but loved the logic: Because my audience is younger, it would make my book more accessible to them. The risk of making less money was mitigated by the logic that by lowering the cover price, more people in my demographic would be able to afford it. What writer doesn’t want to make a book as accessible as possible? I have never regretted going straight to paperback; all I want to do is get my words out to as many people as are interested in reading them.”
—Lodro Rinzler, The Buddha Walks into the Office

“Most writers I know are so thrilled to be published, a paperback suits just fine and can receive as much attention. Trade paperbacks are bigger and weightier than the usual. My first book White Ghost Girls was especially good looking, because it had flaps and high-quality, rough-edged paper. This made a huge difference to how the book looks and feels. It’s a beautiful book to hold. I’ll admit that I was secretly pleased that my second book The Bird Skinner was launched as a hardback. But the book has not sold as well, although I believe it’s a better book.”
—Alice Greenway, White Ghost Girls

“It was a different age in book publishing back in 1986, when I published The Sportswriter. I was also facing my last chance at trade publishing, having had two previous hardback novels published without finding a readership. My agent told me that I was ‘toast’ if this third novel didn’t work. Gary Fisketjon had actually passed on The Sportswriter a couple of years before, because he couldn’t figure out how to make it work in hardback. By the time the novel was finished, he had Vintage Contemporaries up and going, and offered to publish my book. I was very happy. He could, he felt, get more copies into the world and also get the reviewing community and booksellers to pay attention – less because it was me (obviously) and more because it was a new concept in publishing. I had everything to gain, I felt, and nothing to lose. With Gary’s effort, it turned out well. I’d say a writer ought to assess his or her circumstances and make a cold judgment.
1. Does the publisher’s offer of paperback original represent real enthusiasm or just bet-hedging?
2. Is one’s book going to be better served with this publishing strategy, or might it be better to approach a smaller publisher?
3. Is vanity involved (tricky) in wanting to get one’s book out in whatever way one can?
4. Remember, this decision is also the writer’s decision, and not just the publisher’s; no one’s forcing you.
5. What might be served by being patient and looking elsewhere?”
—Richard Ford, The Sportswriter