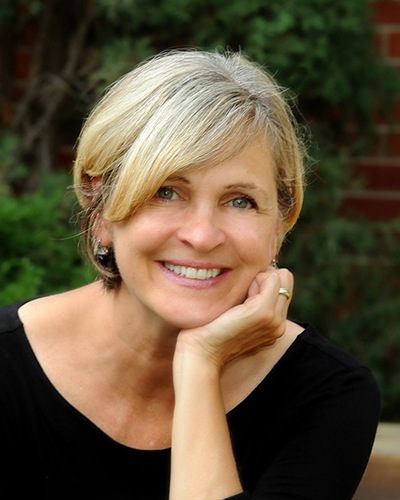 Ladette Randolph has achieved the trifecta of writing success. After many years in book publishing, she now works as the editor-in-chief of Ploughshares literary magazine, and her personal writing repertoire includes two novels, one collection of short stories and numerous prizes. Her memoir Leaving the Pink House unites personal essays and journal entries through the themes of home and faith.

In her cozy Ploughshares office, softly lit and filled to the ceiling with books, she culls her multifaceted experience for advice across the genres. A true triple threat in the publishing world, she encourages all writers to “strike out and be courageous.”

How has working at Ploughshares affected your writing?

It’s given me time. There’s a little more space in my head. I always say I have only three enemies: self-pity, false guilt and fear. Those guys don’t go away. It doesn’t matter how much time you have, you still have to grapple with those things. It’s kind of a spiritual challenge. Sometimes you have to trick yourself, you have to bribe yourself, you have to manipulate yourself. And I often have to talk to myself. I have to be as creative about talking to myself as I am in writing. It’s just balance. Moderation. Having good sense, and having a life, and having friends, and having some kind of groundedness. I think that’s really important.

Ploughshares receives thousands of submissions each year. How do you know when a story, essay or poem is ready to publish?

Most editors know pretty quickly if something is right for their magazine. It doesn’t mean it won’t get published. We all know that the things we say no to will very often go on to be published. They’ll win awards. They’ll be part of acclaimed short story collections. I think it’s good to be humble when you’re rejecting things.

In your memoir, how did you find the right balance between discretion and honesty?

I don’t say anything that I’m uncomfortable saying. I’ve achieved enough distance, and I think I’ve digested the material enough. I’ve been around a lot of memoirs that are so undigested. They’re so raw that it’s too much. There were moments that I allowed that to happen. But I really was very much in control of the material.

What is your top advice for memoir writers?

Some kind of focus or theme is important. I think paying attention to detail, just as you would in fiction. You always have to ground the writer in the world as much as possible. Describe places and create that kind of visual imagery that you consider as good fiction. I think another challenge is one of tone and voice. Decide how you’re telling the story. It’s like finding the narrator or the narrative voice. You have as much a persona in writing a memoir as you do in writing a fictional narrative. You’re deciding which little facet of yourself you’re being when you’re telling that story. So which voice am I telling this in? What am I emphasizing? Who is my audience? There’s always that question. Who is this for? And I think that’s very hard to answer.

As writers in the writing community, we owe it to ourselves to not get over-enamored with the commercial success. There’s nothing wrong with commercial success, and there’s nothing shameful about it. But to make that your goal, I think that’s shallow. I think we should really aspire to something more true to our own nature. Try to be more yourself, not less yourself. It’s a very hard thing to do. I don’t want to apologize for being a dorky, nerdy, offbeat person. I’m not looking for the broad path. I’m looking for my path.

Hillary Casavant is a writer in the Boston area.

Add to FavoritesYou have dreamed of being a self-published author. Hooray! But finding the way forward in the massive world of self-publishing can be daunting, … END_OF_DOCUMENT_TOKEN_TO_BE_REPLACED